The masstige in mainstream fragrances by famous designers these days is such that expectations have hit an all-time rock bottom: Rarely does a perfume enthusiast come upon a fragrance that defies both the lowered budget and the detrimental focus group admonishments for the lowest common denominator invariably resulting in dull, lackluster compositions with as much excitement as watching paint dry  (See Chanel's No.19 Eau Poudré; or even worse Chance Eau Tendre, which might be shampoo for all you know. Also Yves Saint Laurent's technically-challenged Belle d'Opium). 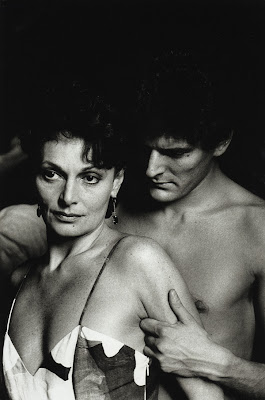 My friend Gaia, the Non Blonde summed it up well: "the perfume, Diane, is a mass-market/designer perfume. It's created to appeal to first and foremost to the non fragonerd crowd, to sell by the bucket and end up heavily discounted on every online retailer website. Rarely the stuff dreams are made of."
Nevertheless, on some occasions perfumers working in the mainstream do manage to create something quite good (see Elie Saab Le Parfum, Baiser Volé by Cartier, Prada Candy perfume or Love,Chloé) or even go above and beyond the call of duty (see the stupendously wonderful Bottega Veneta Eau de Parfum, though to be fair this one had probably as much attention to detail given to as an art restoration on a Vermeer); to mention only 2011 releases.

Diane by Diane von Furstenberg is rather in the former category; it lacks that above and beyond element to make it into the great ones, but this shouldn't deter you from sampling or receiving as a Christmas gift with relative pleasure. It's easy to expect something as intensely feminine in a devil-may-care attitude that maps its own trajectory as its famous designer stood for: the von Furstenberg wrap dresses especially are the epitome of "smart woman on the go who hasn't forgotten her pudenda at home".  This is not quite it, but it's not totally traitorous either.

For Diane the fragrance perfumer Aurelien Guichard created an old-school feminine violet composition that goes for a very long-lasting clean and woody ambience, reminiscent of retro bath products; not quite as spectacular as Furstenberg's fashions, you might say. But brownie points for not going for the easy route of too sweet, too fruity (thankfully Diane doesn't like fruity fragrances), too air-headed, too fleeting... Diane is a real fragrance, ladylike, to be best appreciated probably by the high-street consumer who has not totally lost the concept of what perfume is: a manufactured, non photorealistic impression of something in the artist's mind (that something usually is your dessert spilled on your favourite dress these days, so hallelujah for this small favour in Diane).

Additionally, violet scents are becoming trendy again, after their first resurgence when niche perfumery first erupted into the scene a decade ago. It probably signals a mini comeback of class and restraint, after the atrocities of bosom-spilling & visible thongs over one's jeans fashions. Witness Tom Ford's Violet Blonde (chosen to be distributed in the mainstream line rather than the Tom Ford Privé one), or Love, Chloé, both this very season's releases. Hardly tramp stuff.
In Diane Eau de Parfum especially the treatment of ionones (these are the molecules that give that violet, retro scent) via a clean incense note of great dryness deducts the usually candied take that the note takes and thus, instead of intense "powdery", the formula is twisted on its axis to go for a "soapy scent".  The woodiness, provided by that fractionalized patchouli that makes the rounds in hundreds of modern releases, is well tempered, pleasant, even with a hint to chypré coolness. I also detect clean musks radiating from the blotter and sticking on the skin with their tenacious tentacles.
Likable and very wearable, just not remarkable enough. Decent, non air-headed bottle.

Diane by Diane von Furstenberg ($85 for 50ml/1.7 oz of eau de parfum, there is also an eau de toilette version which is lighter & "simpler" in texture) is available at Sephora (online too)