How many of you have been wearing less than a dollar worth of fragrance? 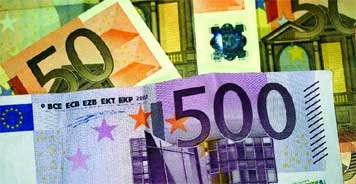 As promised, Perfume Shrine is bringing you commentary on some of the juicy parts of the latest book by New York Times perfume critic and journalist Chandler Burr. Whatever one might think about the book (and there are certain points that one could criticize him for, more on which to follow)one cannot deny that on the whole it is revealing about how the perfume industry really works and some of the machinations in place. This sort of thing although suspected and talked about in the circles we frequent, hasn't made headlines in highly visible media and therefore the contribution to the public's education is valueable.

One of the most shocking revelations of the book has been the persistent divulging of the cheapening of the jus occuring throughout fine perfumery. This refers to the price point of ingredients, raw materials going into a formula as requested by the company handing out the brief. The "price per kilo" of perfume compound or concentrée is industry-speak for how much a certain composition should cost and what is the roof over which they are not willing to go beyond.
This compound is the mix of all the raw materials going into the fabrication of scented products which then gets diluted to form the different concentrations that get launched as eau de toilette, eau de parfum, or even extrait de parfum.
We have been commenting upon the lowering of that roof point for some time now, but the following excerpt from Burr is shocking in its revealing glory:

"Everyone in the industry was discussing the collapse in the quality of the materials the houses were willing to use, which was another way of saying the colapse in the price of perfume formulae. It was an open secret. It depended on whom you talked to, but generally the figure one heard was a 50 percent fall. "We really started dropping our prices with Opium", one veteran told me. "The concentree actually wasn't expensive". Opium was 1978."

This sheds new light and puts things into perspective, doesn't it? Because if Opium is generally regarded as one of the last remaining "classics" (in its way) and it was of course created as far back as 1978, then it goes without saying that much more recent examples have lowered that price per kilo at a staggering pace, resulting in formulae that cost as little as 38euros per kilo, whereas one could afford to reach 230euros per kilo in the past. This is exactly the kind of syllogism that obliterates half the palette from perfumers who cannot therefore use some of the most exquisite essences (many of which are natural floral absolutes, a category hard to replicate in synthesized terms successfully) and as a result leaving them with restricted choice resulting in many of the fragrances smelling comparatively similar.
Even luxury or niche ones! Yes, don't act so surprised.
The following statement corroborates it:

"Sometimes today the mass marketers had prices of kilo de concentree more expensive than those of the luxury brands". [...]"I've been told, one American industry told me, "that the average price per kilo for fine fragrances is now around 85 dollars. I doubt that's true. I'd say in some cases it's 35 dollars. In some it's 15 dollars"

Now, do the math: 15 dollars per kilo of compound ~which generally gets a 10% dilution for Eau de toilette. This is 1.5 dollar per 100gr of eau de toilette. Considering that the typical buyer goes for the smaller 50ml/1.7oz bottle purchase (I am approximating volume with weight for our purposes here), at least the first time around, then you're left with many fine fragrances containing less than a dollar worth of ingredients' quality! Even extrait has a 20-40% dilution so we are still talking a very low ratio pricewise to what is asked for in the final product.
Now you realise why companies are set to capitalize on the appeal of newness and sell the first bottle of any new fragrance, not interested in the repeat purchase.
The rest of what you pay is anything but the jus.

I call this repulsive, don't you? Discuss.