It's always a frightful day when a respected brand falls down from the skies into the puddles of stagnant water in the pedestrian crossing. The introduction might seem dramatic, but it is necessitated. Chanel has so far benefited from a lofty image, a steel-handed management thanks to the Wertheimer brothers and an in-house perfumer, Jacques Polge, who has steered the house into a more or less coherent direction for decades. But it seems that this course has lately diverted: The two flankers of Chance, Chance Eau Fraiche and now Chance Eau Tendre alongside a couple of forgettable masculines, show clearly that Chanel takes into consideration the market angle more than it is getting blame for. 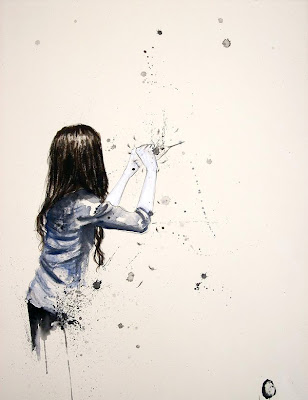 In the case of Chance Eau Tendre the effect feels like dumping down, instead of modernizing an idea for a young audience; unlike the excellent No.5 Eau Premiere which took a classic and flew it into the ethers of poetic but approachable Elysium. In short, Chance Eau Tendre is only technically a well-crafted formula (good tenacity, plenty of sillage, coherent notes in unison) but artistically it's a plea to the lowest common denominator. And that's surprising from someone as skillful as Jacques Polge who clearly knows better, so it cannot be anything but a deliberate marketing decision from above.

A soapy fruity on a white musk base which recalls every similar major department store launch of the last coupe of seasons and in particular Daisy by Marc Jacobs. No offence to Daisy, but there is something seriously wrong when a Chanel fragrance starts smelling like Daisy. The fabric softener (on pale woods that read as non-descript) feel is especially in contrast to the haute ambience of other Chanels, even in their modern versions. There was a hint of a diversion when Beige by Chanel was launched in Les Exclusifs sub-line, its approachability and pastel-coloured smile easier and friendlier in its mien than other specimens. Yet whereas in Beige this worked due to the overall honeyed floral character and the suaveness of the hawthorn note which enveloped in a hug, in a fruity white musk composition any such intention falls flat and feels like an air-kiss at a social gathering of no greater importance than the pocketbook.

A pity...I wonder how well Chance Eau Tendre will sell, since similar smells can be had at a lower price. Then again, the whole axis of a luxury brand lies in selling even mediocre products just because they bear a prestigious name...

Might I remind you that the upcoming masculine is called Bleu de Chanel, scheduled for release in August 2010 with an international ad campaign shot by Scorcese as previously announced. As for the scent itself, according to the website RelaxNews, "it is fresh and woody, with notes of citrus, pink pepper, mint, ginger, jasmine, cedar and patchouli". [source] 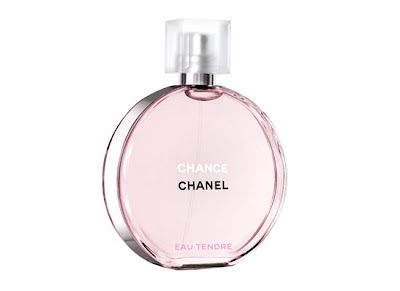 A propos: L.Turin had said it best talking about brands: "To borrow terms first applied by 19th century journalist Walter Bagehot to the monarchy, brands have both an "effective" and a "dignified" function. [...] The dignified function is image: the buyer advertises his purchase to others.[..] That label, not the white baby sealskin bag to which it is attached, then gradually comes to mean "money". In other words, it becomes a currency. Once you have a currency, you can do lots of fun things with it. You can debase it (real Vuitton bags); you can counterfeit it (fake Vuitton bags); but best of all you can play on the fact that all currencies work by mutual consent. In other words, if you can persuade the rich to use your debased coinage, then the poor who buy real fakes and fake fakes will not feel shafted or silly and the scam becomes self-sustaining. [...] This is what is called brand "mystique" and it works best when those who produce the lies believe in them. [..]You have to believe, and to communicate the belief, that there is something intrinsically different about an object that bears a particular name. This is not a new trick: the aristocracy has practiced it to great effect since the French Revolution. A titled name used to mean having, it now means being. Titles are, in marketing terms, the human limited edition. What this means in practice: you've just bought a frog, but the ads swear it's a prince".

The campaign is fronted by Sigrid Agren, and photographed by the legendary Jean-Paul Goude, a longtime collaborator of Chanel parfums. Chanel Chance Eau Tendre will be available as an Eau de Toilette in 50ml/1.7oz and 100ml/3.4oz at major department stores.