It was only a few days ago that I broke the news of the new line of fragrances by Korres on these pages, offering a cursory glance to the new scents as a whole and short reviews on three of them: Heliotrope Ylang Ylang Citron (the most impressive of them all and from the looks of it, the one Greek exclusive, as it doesn't appear on the International site at all), Iris Lily of the Valley Cotton (the most cooly subtle and refined skin-like) and Paeonia Vanilla Amber Pear (the weakest, as it seemed to me as if riding on the coat-tails of a well-known by now "trend", the fruitchouli). 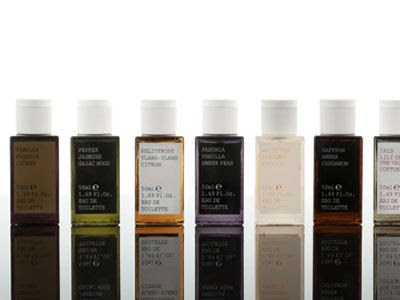 I also announced one discontinuation from the original trio: that of Rose Blackcurrant Cyclamen. I stand behind that announcement and have since supplemented the post with a screenshot which showcases that indeed that's the one shot down (the other two appear featured on the International site normally alongside the new ones). Today I return with reviews on the remaining three fragrances in the newest line-up which is available in Greece as we speak and will be exported soon to the USA and everywhere where Korres is available: White tea Bergamot Freesia, Vetiver root Green tea Cedarwood, & Vanilla Freesia Lyche.

Contrary to the Korres fragrances I reviewed the other day, the remaining three are more or less faithful to their name, and -what's more- specifically to the first "note" announced in it. Thus they uncomplicate things for the weary consumer who doesn't want to have to spell everything out to the chemist behind the counter ("Please give me the Vanilla one") as well as the dazed chemist who is standing in his or her feet all day long catering to customers. The compositions are straightforward without appearing contrived and they possess excellent staying power. and projection Whereas that might have been a sort of given for Heliotrope Ylang Ylang Citron or Paeonia Vanilla Amber Pear by nature (the notes themselves veering into the lasting floriental genre), it is delightful to find it's also so for scents which are lighter and subtler in character, such as the remaining three we're reviewing today. They lasted well and were perceptibly audible on both skin and blotter: In fact I have a couple of blotters on my desk right now, wafting their effluvium as I type.

White Tea Bergamot Freesia is a crisp citrusy floral in the school that Jean Claude Ellena established as light "tea" notes (actually cool citrusy florals) and should lend itself to endless days of sunshine and sunny clothing to match. It's totally easy to wear and enjoy, undemanding like a sip from a pitcher of icy water on a hot day. The fragrance oscillates between a coolish white musk with floral notes and a fruity tonality with a bit of an apricoty lactonic scent. Very nice. The bottle is immediately recognisable as it's white to reflect the concept and name.

Vetiver root Green tea Cedarwood is redolent of earthy freshness and re-interprets a mainstay of masculine perfumery: the succulence of vetiver! Anyone who caught our Vetiver Series knows just how much I like this exotic grass in perfumes. So which take does the Korres fragrance take? The straight, the sweet or the strange? It seems it's a cross between the classic fresh (with its underscoring of an hesperidic, injected here through the "green tea" note which is a small crisp/floral segment, see above) and the sweet. If I'm not greatly mistaken the latter should be attributed to a little patchouli, lending a facet like licorice alongside the woodiness. The bottle is in dark green hues and the company recommends this scent for men, alongside the previous (and gorgeous) Saffron Amber Cardamom. I say it's eminently fit for both sexes and everything in-between.

Vanilla Lychee Freesia, true to its name, is a fruity vanilla with calorific tendencies. It's quite delectable, with great tenacity and a monochrome radiating all around, staying almost exactly the same from beginning to end: The vanilla scent is removed from the cookie-cutter board and takes on the caramelised nuance of a good flan. There is a kinship with some of the better Comptoir Sud Pacifique fragrances, perhaps Vanille Abricot; the fruity note leans towards a peachy-apricoty tone and plummy note which also reminds me a bit of Flowerbomb Extrême with its osmanthus and benzoin (i.e. vanillic) core. It's not very foody and it's not sickly sweet, which is a nice change of pace amidst most current gourmand fragrances on shelves.

The formulae do not contain phtalates, polycyclic musk compounds, nor nitro-musks of course. Korres is using Rosmarinus officinalis in the formula as a natural anti-oxidant. The new bottles come at 50ml/1.7oz and are presented at an advantageous price point (below 30 euros) that belies their quality.