It's no secret that Greek brand Korres has created a cult following around the world. The trio of fragrances in old chemist's apothecary-style bottles were named after the main scented materials entering the composition and they became an instant hit shortly after their introduction in 2009. They were originally meant to be limited editions in the USA, the stock quickly dried up and became the object of fervent hunting on international online venues. The fragrances of course are a mainstay in the Greek market. 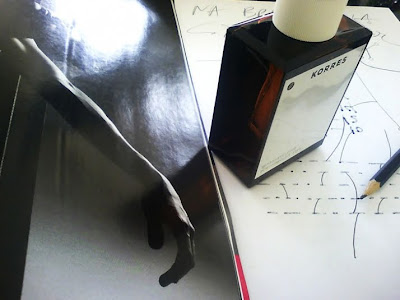 The original trio included the intriguingly appealing Pepper Jasmine Gaiacwood Passion Fruit (woody oriental) the majestically deep Saffron Agarwood Cardamom (spicy oriental) and Rose Blackcurrant Cyclamen (floral). Of them, one is discontinued even from the Greek market my sources reveal to me, namely Rose Blackcurrant Cyclamen, the weakest link in the chain in my opinion. 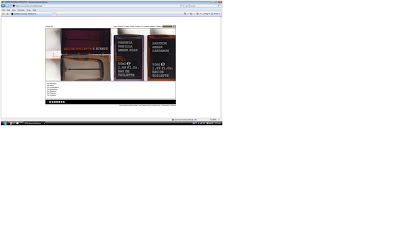 EDIT TO ADD 25th Nov: One of my readers, Iliana, kindly notified me that the one she had trouble finding in her city was Saffron Agarwood Cardamom. I'm pleased to say that this is still in production beyond any doubt, as shown on the official Korres site today (choose country option International), showing two of the previous trio (exactly as I had mentioned above) on their index page alongside the new ones (Oddly enough they don't show the Heliotrope Ylang Ylang Citron one, see below). See attached screenshot above for proof (click to enlarge).

You can look at the frag-zine KORRES created especially for its fragrance launch, the editorial concept of which was developed by the brand’s global Communications Director, George Anthoulakis on this link by the Greek page in English on Yatzer. (It's an interesting read with quite some info and is visually very appealing)

However new fragrances are being introduced as of this minute (they're not up on the official Korres site at the time of writing this post), after the success of the former trio, which Perfume Shrine is proud to introduce to the international fragrance community.
The newest Korres fragrance collection includes:

I was positively impressed by the Heliotrope Ylang Ylang Citron which is a floriental, not too sweet and with a piqant, "sharp" top note which blends well with the almond/cherry pie note of heliotrope. For those who want a nice "clean" woody-musk that doesn't punch you with its synthetic fist, Iris Lily of the Valley Cotton is surprisingly smooth, with a perceptively rooty-metallic iris note in the background. This is a perfect everyday fragrance which could pass for the natural smell of your skin and clothes.
In my opinion the Paeonia Vanilla Amber Pear was the least original, as it reminds me of Coco Mademoiselle. Of course that might prove to be its strong selling point, although the average Korres consumer is sophisticated enough to not be searching for dupes from what I've seen.
Expect to see international launches in the foreseeable future! The price point is comparable to the previous trio, i.e. good value for money.

The remaining three new fragrances by Korres are reviewed on this page.