When reading upon perfume boards one comes across an involved discussion by numerous perfume lovers about fragrances that could be aptly described by the rather ghastly term "fruitchouli", you realise that something is quite rotten in the kingdom of Perfumistadom! You might expect Tina Turner to get out the saxophones and break into "We don't need another hero fruitchouli" (beyond Thunderdom) and if you feel that way I can't blame you; who can? Three quarters of the market (at least the mainstream sector, but not exclusively) are inundated by the plague of fruitchoulis that walked the path that Angel paved and later Narciso Rodriguez diverted a bit. Talk about a snowball. But let's start at the top! 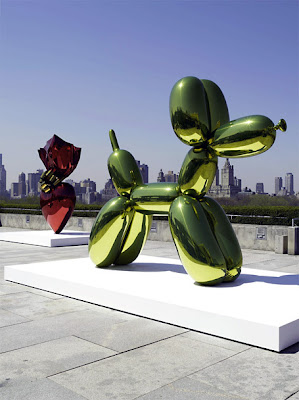 The very term "fruitchouli" was coined by an undentified perfume lover Mbanderson61, exasperated by the abysmall unoriginality that the fragrance market displays for some years now, churning out a flood of releases that mimic each other in a frenzied pace. The two main elements seem to be sweet fruity notes (a sad remnant of the anemic 90s where pastel fruits were left to substantiate "airy" or "watery" notes) and the newly refound note of patchouli, buffed and sanitized out of its hippy references and ready for its close-up, mr. De Mille. Hence the brilliance of the coinage of "fruitchouli"! It's surpemely evocative of the current trend.

Personally I would differentiate between the archetypal Angel and its clones/upstarts/homages (Angel Innocent, CK Euphoria, Coco Mademoiselle, Lolita Lempicka, Flowerbomb, Prada, Cacharel Liberté, Miracle Forever, Hypnôse and Hypnôse Senses, Nuits de Noho, Coromandel, New Haarlem...) and some other popular fragrances with patchouli, a family inaugurated by Narciso For Her (namely Lovely, Midnight Poison, YSL Elle, Gucci by Gucci, Chypre Fatal, Citizen Queen, Lady Vengeance, Perles de Lalique, Agent Provocateur...).
I would classify the former into gourmand orientals ~they're generally quite sweet and the fruitiness is more distinct, often underlined with vanilla/caramel/marshmallow/foody notes etc. The latter I would classify into floral woodies/"nouveau chypres" (technically the "new pink chypre" genre IS a floral woody; patchouli & vetiver base is considered a woody base). Michael Edwards classifies them in a seperate family within chypres (mossy woods) as well.

Making a conscious effort to sample and think about several new releases lately, I found myself bored beyond belief at the sameness encountered and my reluctancy to even bother putting a few words together for the benefit of the casual reader searching for opinions on the latest; such was the disappointment and ennui. From the uniform look, uniform style of the new Anthology line by Dolce & Gabbana to the inoffesive lappings of sweet nothings of Ricci Ricci (pity, the bottle is fabulous!) to the vinyl and "flat" rosechouli of the new Parisienne, all the way through the generic Idole d'Armani, I didn't feel myself moved beyond a cursory spray or two. When you have dedicated a personal site to fragrances and are writing on them professionally as well, this does forebode very gravely...
It's not the lack of artistry or technique in the execution of an idea, as some releases are competent. It's the idea itself that has become mundane, tired, overdone, vulgar; even though it seemed like a nice concept all those years ago! Like waking up in some Heaven where all the girls and boys look like Grace Kelly and David Beckham with a perpetual smile on their faces and delicious macrobiotic 4-course food is served at 12 sharp by white-gloved valets. After a while you just long to bring a scruffy Johny Depp and his Nabisco saltine crackers in bed, don't you! 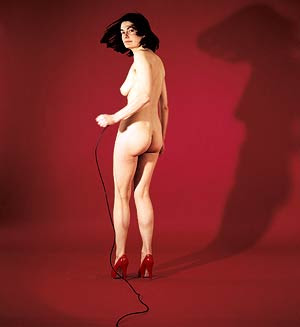 Perhaps the most brilliant suggestion and new term/classification proposed comes from Perfume of Life's long-time member Mando who exclaims humorously (and expectantly): "I think the next wave should be "bootichouli" - chypres heavy with civet accents". If Beyoncé and Jennifer Lopez have bootylicious down pat and Kim Kardashian is famous for her derrière as well, then let's all pray that "bootichouli" can be the new trend in fragrances. Why not? It does present some technical problems, as civet is not exactly the most easy or ethical essence to harvest, but in an age where everything can be replicated in the lab using nano-technology-this and infra-technology-that, the illusion becomes much more of a reality (And there is already synthetic civetone). But that's besides the point really: The point is enough is enough! There is a ripe audience for a skanky new genre and we're cornering an increasing share of the market. Please hear us roar!

Art: Baloon Dog by Jeff Koons via flavorpill and
photo by Jemima Stelhi via files.list.co.uk
*Share with link: Thursday, October 22, 2009