How will the LVMH Hostile Stake Affect Hermes Fragrances?

It's no news that Louis Vuitton Moët Hennesy (LVMH) acts as a real-life Pacman, trying to eat all pac dots, i.e. luxe companies, through the maze of the international luxury market, digesting them into an undistinguishable mush which tends to divest them of their artisanal roots and top-notch quality control in lieu of creative bean-counting and super profits for crass product that screams "look at me". 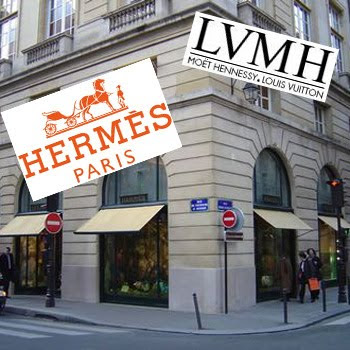 Their latest desire to impose a hostile takeover at Hermès International (or at least the deciding majority of votes at board meetings), as announced at the end of October 2010, poses some serious problems and lots of opposition, no less from the heirs of the late Jean Louis Dumas. Of course with Hermès set to report another revenue increase, a 30% for the third quarter 0f 2010, it’s easy to understand why LVMH CEO Bernard Arnault ~whose own profits have slipped in the last year~ has such a keen interest in the company! "The family has clearly and unanimously told Le Figaro that the French mogul is to back off: "If you want to be friendly, Mister Arnault, you need to withdraw," Bertrand Puech, a fifth-generation descendant of founder Thierry Hermes, was quoted as saying. The family owns about 73% of Hermès' share capital, and its partnership structure means no change in contral can take place without family agreement. Afterall, it's family-run which cemented both their heritage and their endurance during the international economic crisis. With Arnault banging down the door, "will class be turned to mass", as Newsweek wondered?

It is not widely known however that LVMH had already acquired some shares at the beginning of 2008 through societies which belonged to them (equity shares), but it was the announcement on Reuters of 17,1% retaining of the total capital of the rue du Faubourg Saint-Honoré house which sparked the flames, especially since it was reported to the saddle-producing house only hours before going on air: Actually it was 5% and 10% of the capital of Hermès on October 21st and 15% on October 24th, to be more precise. According to the same source "LVMH said over the weekend it had acquired its Hermes holdings at an average price of 80.5 euros a share, or a 54 percent discount to Hermes' closing share price prior to the announcement, raising questions as to how it had secured such a price." 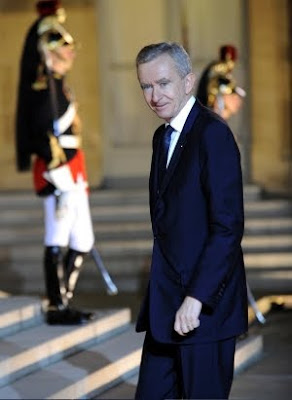 Women’s Wear Daily reports that the company used a number of stealth maneuvers, including cash-settle equity swaps and use of several cannily named LVMH subsidiaries, to increase its stake in Hermes by over 14% without identifying itself as a competitor to Hermès brass! [quote] Is Bernaud Arnault the Anti-Chirst? Meanwhile, the group will await the French market regulator's decision on whether LVMH's stake purchase happened legally.

The fiercest competition and the heavyweight fight concerns handbags, the two competitors owning the top prestigious manufacturing of coveted luxury handbags in the world. But since they also own some of the best known and respected fragrances sectors respectively the questions does enter the scope of the Perfume Shrine.

Hermès is a peculiar case and merits its own analysis, because it's the last ultra-traditional, ultra-refined, top-notch recognisable luxe company with fragrances in its portfolio standing on French soil still. The historic house of Guerlain has been already taken-over by LVMH several years ago and the effects have been somewhat less than satisfactory for those of us who appreciate history, family-held tradition and minute attention to quality controls and artistic concepts. The flux of the the behemoth's money benefited the refurbishing of the perfume mecca that is the flaship store at Champs Elysees, yet it has resulted in dubious reformulations, an avalanche of questionable releases priced for Arab shieks with a penchant for showing off French insignia and the reliquinshing of the firm's control by the last heir, Jean Paul Guerlain.
Parfums Dior have suffered an even worse fate in the hands of LVMH, lowering the quality of the vintages and repackaging blatant lies with the same names on the tags but half the soul. Givenchy, the former bastion of restrained elegance under Hubert de Givenchy, became the producer of myriads of mainstream fragrances for men and women who dare not differ from their fellow commuters on the train to work.
Chanel, on the other hand, although still independent, stirred surely by the Wertheimers, has profited by a long-held respect and almost awe which it doesn't wholly deserve nowadays. Although the Les Exclusifs move was one of quality, albeit also of impressionalism and opposite awe towards Hermes who had just issued the Hermessences before them, the latest releases ~from the shampoo-formula trite Chance Eau Tendre to the uber-bland and predictable masculine Bleu de Chanel~ point to a downspiral fall which is echoed through the halls of Rue Cambon and its mirrored staircase in no uncertain terms.

The only one left to guard Thermopylae in what seems like the last bastion of French tradition is Hermès and I for one sincerely hope it does not go down in history for a Spartan ending. In perfumery terms, that would mean a capitulation to the lowest common denominator, an eradication of everything and starting afresh (look what happened to the Italian house of Fendi parfums, which had a sudden discontinuation of ALL its perfumers upon seizure by LVMH) and a spike at prices on faux-luxury "fountain" extraits de parfum with fancy names going for several thousands of dollars... 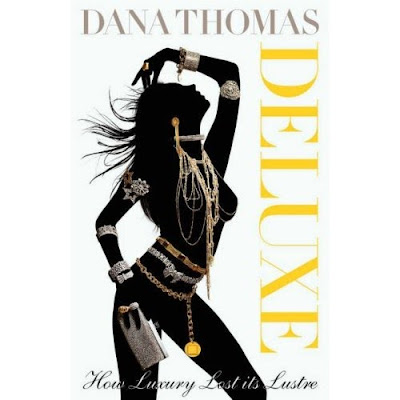 Hermès, to their credit, continued to be family-run in a world which moved into complex corporate circles and in a rare perceptive move hired an in-house perfumer of international renown, Jean Claude Ellena, who with his masterful, very refined palette and distinctive style imbued the Hermes fragrances with a clear signature, a refined intellectualism and a sense of true old-money luxury: not trying too hard, no gilted logos, no vulgar display of affluence, a in-the-know hush-hush acceptance of secret codes. Of course this move proved to be financially intelligent while still a continuation of the spirit of the house: The fragrance sector for Hermès bloomed to unprecedented heights and the company even considers expanding to the Asian market with a specific line geared only to them.
Would a take-over by LVMH signal the destruction of such a happy co-existence of quality and successful presence in the market?

According to a very perceptive and spot-on article in Forbes: "Unlike many of its competitors, including major French conglomerates Louis Vuitton Moët Hennessy and PPR, owned by billionaires Bernard Arnault and Francois Pinault, respectively, the brand has been able to increase sales by continuing to please its core customer, rather than aiming to attract a broader audience. At Hermès, you won’t find a $500 dollar handbag like you will at PPR-owned Gucci, or $300 plastic costume earrings, which are on sale at privately-owned Chanel. Instead, the 170-year-old company focuses on producing limited editions of their handbags, which begin at $5,000. “What’s really interesting about Hermès is that they have not followed the typical luxury model,” says Lucian James , president of Agenda Inc, a brand strategy firm in Paris and San Francisco. “When other luxury brands were reaching to a slightly bigger mass market, Hermès made a very specific decision not to do that.”

It's interesting to note, according to an interview in French newspaper Le Figaro, how the manager Patrick Thomas has since opposed the behemoth's insatiable appetite in no unclear terms, going at the root of the matter: “Hermès has absolutely no need of help, support or guardian.” “This culture (of craftmanship and strong traditions) is hardly compatible with one of a big group. It is not a financial battle, it’s a cultural battle.”

All opinions pronounced by Elena Vosnaki are the sole responsibility of its author and are not endorsed by any luxury house.