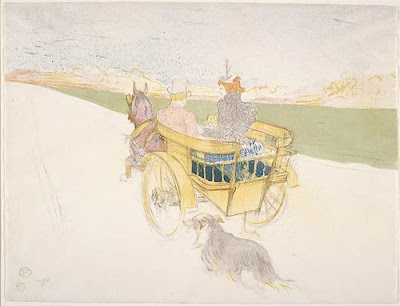 Jean Claude Ellena's ~resident perfumer of la maison Hermès~ favourite author sums up the mise en scène that the newest Hermessence radiates quietly: roundness, grace and a nostalgic lapsarian intimation of the eternal upon gazing beauty.
Revisiting my musings on how Jean Claude Ellena would interpret a note that is quite taken for granted, that of vanilla, I am reminded of what I had said: "Vanilla is exactly the cliché note that begs for Jean Claude Ellena's modus operandi: chastizing it by food deprivation would be beneficial pedagogically, I feel". It is with some suprise and delight, now I have obtained my own bottle of Vanille Galante, that I realise he doesn't focus so much on the bean flavour as much as on the fluffy, almost cloudy, cotton-feathery aspect it reproduces as a memento of certain flowers' inner core: lily, ylang ylang, and what I sense as the innermost pollen of lilac and wisteria, flowers which exude the most intoxicating, spicy and a little "dirty" underside. I have long felt that Jean Claude is an extremely sensual man with a keen intelligence that makes him exhibit a subtle eroticism in his creations and the language of flowers is by its nature supremely erotic. (After all flowers are the reproductive organs of plants and their aim is to attract pollinators). Let's not forget therefore that vanilla itself is a flower ~an exotic orchid of aphrodisiac properties with which Jean Claude has occupied himself even as an co-author in "Vanilles et Orchidées". And for those who believe in his transparent trajectory through le corps du métier he never produced a foody vanilla, there is proof to the contrary in his woody-edible Sublime Vanille (2001) for Lily Prune!

The French adjective "galant" (or "galante" for feminine nouns) has an intriguing background: In the romans de cour/courtly literature, that is the medieval novels of nobility (for example "Le Roman de la Rose" from 1420-30), "galant" signifies the quality of courteous, gentlemanly and often amorous. The phrase "en galante companie" thus signified the company of a representative of the opposite sex. An attracting vanilla then, but also idealised, exalted, romanticized in an almost Platonic ideal. In musical terms, "galant" refers to the European style of classical simplicity after the complexity of the late Baroque era in the third quarter of the 18th century with pre-eminent representatives the rhythmical composers François Couperin, Jean-Philippe Rameau, Georg Philipp Telemann and Antonio Vivaldi . Their cyclical forma ties in with the theme of La Reverdie (the return) in literary roman: that of eternal return of spring, a theme of pagan connotations . The common trait would be the lyrical approach of solidly thematic subjects, which could sneak into the treatment of vanilla in Vanille Galante, or what I will from now on affectionaly call "péripéties de vanilla". Thus Jean Claude ambitiously set out to produce an « insolent, complex et paradoxical» blossom that would shatter all preconceptions of how a vanilla fragrance would smell, aiming not at a photorealistic figurative imprint but an almost narrative play at personal impressions devoid of cheap sentimentalities. We reference Jean Giono again ~he says in "Voyage en Italie" that "Describing a painting in sentiments might seem better [than describing it in colours] but it only serves to shuffle the cards". Thus Ellena finds the core of his artistic philosophy anew: He reads "le sentiment" (the sentiment), but he hears "le-sens-qui-ment" (the sense that lies).

Eschewing the typical synthesized vanillin used in gourmand compositions as an easy trompe nez, Jean Claude went for a segment of authentic vanilla extract's olfactory facet; that of the slightly powdery and ethereal, producing a lithe, delicate composition like a swan's feather, like the whitest cotton balls, that truly breathes sensuously only on skin with the achingly poignant timbre of beauty destined to be ephemeral. 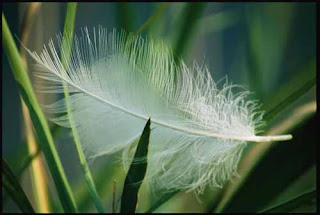 Using a technique à rebours, Ellena doesn't use vanilla as an anchor of more volatile components nor does he render it dark, boozy and sinfully calorific à la Guerlain (Spiritueuse Double Vanille but also Shalimar and Shalimar Light ;and let's not forget Ylang et Vanille). He diffuses his vision into the clouds with adroitness and a playful sense of optimism, much like he did with L'Eau d'Hiver, when he was playing with the cassie, anisaledhyde and the warm savoury aspects of Apres L'Ondée.
The secret of Vanille Galante is kept by the great master in his favourite conjuring bag of tricks, to be partially revealed at his discretion. He had expresssed similar magical resourcefulness in Bois Farine and in the adumbration of saddlery hinted behind the florals in Kelly Calèche. In Vanille Galante the intriguing touch is the merest whiff of salty, of savoury, upon opening ~a facet that is used in haute patisserie to enhance the flavour and balance the sweeter aspects~ foiled into a lightly spicy one (comparable to how the innnermost stemons of white lilies smell) taking flight onto a mist of salicylates for diffusion (ylang ylang naturally encompasses benzyl salicylate and eugenol). The play is between spicy flowers, yellow flowers and anisic ones. The slight greeness, almost filled with watery liquid, note of jasmine vine is soon engulfed by a finespun suntan, powdery musky* and smoky balletic move.
*{Ellena likes to use Musc T, Muscone and Muscenone, which are rather powdery , expensive, non-laundry musks}.
In whole, there is no mistaking the European pedigree and atmosphere of Vanille Galante! There is no heaviness of languid exoticism despite the mental connotation of Marie Galante, the island of the Caribbean located in the Guadeloupean archipelago. Nor is there the escapism of endless summers under the cruel sun of the Tropics of Atuana. Urban sophistication and modernity prevail: The sense of the perfume is not diaphanous, nor opaque, but somewhere in-between, a little carnal, a little "dirty" underneath it all, forming a new direction in the mold of an airy floral gourmand that will have everyone copying it soon enough. 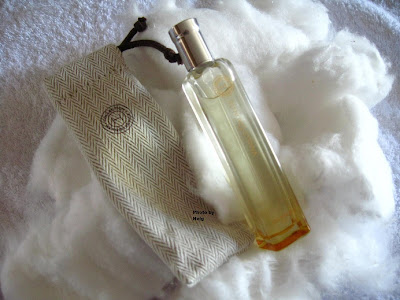 Lovers of Serge Lutens' Un Lys and Donna Karan's Gold would find a kindred spirit in Vanille Galante; nevertheless, the waxier aspects of the former are here rendered in a language of less oily interplay and the disposition is more in the Pantone scale of yellow than monumental marble white.
Vanille Galante is not only graceful, but terrifically gracious as well, offering a glimpse of warm sun and fleshy, smooth shoulders in the heart of winter. J'aime bien!

Vanille Galante forms part of the Hermessences collection and is accordingly available exclusively at Hermès boutiques around the world in a 100ml/3.4oz bottle or as a travel set of 4 smaller flacons of 15ml/0.5oz each.

Bottle pic © by Helg/Perfumeshrine
"A ride in the country" by H.Toulouse-Lautrec
Swan feather caught in foliage, via ngsprints.co.uk