All Mugler fragrances create a stir, from the iconic Angel to the stomping woody jasmine in Alien, the metamorphosis-inducing androgyne tuberose of À Travers le Miroir to the surprising Miroir des Envies with its Nutella chord: Womanity, a woody, sweet (fig notes) and salty Eau de Parfum which was advertised with fish references (the caviar accord) alongside the name cannot but conjure images of female genitalia to the fertile imagination. And maybe this was at the back of the mind of Mugler and the creative team at the Clarins group all along!
The designer's house has almost gone bust, kept afloat via perfume & accessories and the man has buffed himself up into a mutilated rendition of a seedy-magazine bodybuilder named Manfred. Something has got to keep the perfumes at the position they are nevertheless and that something is innovation and originality. Womanity is no exception, the definition of a love-it-or-hate-it fragrance, much like all Mugler perfumes are with the possible exception of Cologne. 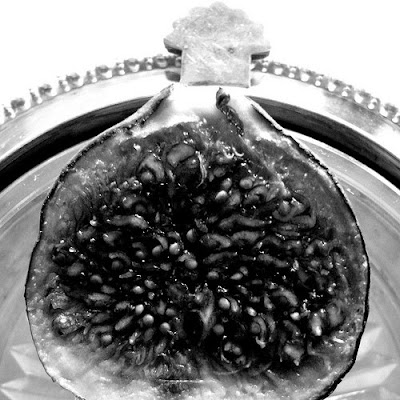 "Womanity is the quality of being a woman. We differentiate ourselves from the rest of huMANity in biological, social, cultural and spiritual terms" (according to womanity.blogspot) Colour me unimpressed. Yet the composition which perfumers at Mane concocted for Parfums Mugler is nothing short of apocalyptic (in both senses of the word). The overwhelming sweetness (and loudness!) of the fig note is flanked by the austerity of wood and a salty nuance (ever so slight) which manage to create something that doesn't conjure anything concrete, and doesn't recall any other fragrance on the market. In fact if the saltiness was more pronounced (as the woody drydown progresses the arch seems to fall flat and become dull and incongruent) we would be talking about a true classic-to-be.

Smell and compare with other fig fragrances ~such as the two classics, Philosykos by Diptyque and Premier Figuier by L'Artisan Parfumeur with their hint of coconut and bitter leaf note; or the ultra-refined Un Jardin en Mediterranée by Hermès with its herbal aromata~ and you will see how Womanity differs. First of all, there is a watery-sweet note on top which is very unusual: The fruity note passingly resembles that in Un Jardin En Mediterranée or Figue Amère by Miller Harris, but whereas the warmth co-existed with the cool in the Hermès fragrance, laid on thin over the green notes, and it was bitterish-cool in the Miller Harris, in Mugler's Womanity the figs have caramelised. Their succulent flesh id more apparent in the sun than the leaves or the bark of the tree, with a nod to fig cookies as well. And then the salty note, said to evoke caviar!! Its intimate, lightly animalic quality is musky and intriguing. Pierre Aulas, olfactive director of Clarins Fragrance Group, revealed that it was a true challenge to work on Mugler's idea of combining savoury and sweet notes. The ambery-woody drydown is the "weakest" part aesthetically, borrowed as it seems from Alien, and not exciting enough, echoing as it does a base common in other fragrances on the market.

The finished effect though is so powerful that it is worth amassing some of the quotes of people who have sampled Womanity and publicized their impressions on Fragrantica. Those range from the impressionist ("a futuristic scent, or what perfume would be like on an alien planet" and "something a mermaid would wear. Overpoweringly fishy at first as she rises from the sea, but later as she is sitting on a rock combing her tresses, breezes from the nearby fig groves sweeten the air. Perhaps she is on a Greek island somewhere in the Mediterranean") to the programmatic ("I know many people get citrus, fig, salty caviar, nail polish or bad body odour, but I smell spicy cookies" and "Womanity smells like popcorn from a movie theatre, filled with gobs butter"), all the way to the purely dismissive ("It smells dirty, like youd been cutting trees all day and smoking at the same time, but smells even worse than that if you can imagine"). A fragrance which creates strong feelings......but a very strange one!

Thierry Mugler has once again jumped into the deep end with Womanity, proposing a new release which sounds odd but will definitely open up new doors, possibly more refined along the way. If the previous Mugler scents are any indication to the spawn they leave behind, then expect to smell more of this combination in the future. I don't think I would personally wear Womanity, my tastes running to subtler, more intellectual routes concerning personal fragrance, but I cannot deny its risk-taking as the proper stance to take at the moment, even if not entirely successful. If all fragrance houses did this, the world of perfumery would be much more interesting at least, without a doubt!

NB: The review is based on my own sampling at store and at home and NOT on the promotional pre-release "kit" which several other bloggers got in the mail in summer 2010.

Caviar on Fig photo by Boverthemoon