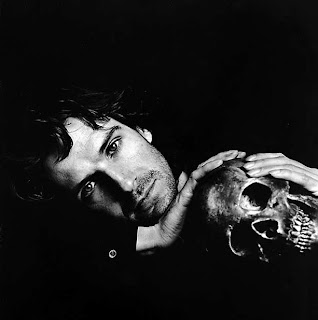 To bean or not to bean? The answer at Hermès is there is no bean counting in their pursuit for true luxury, but when it comes to perfumery, they go tonka bean all the way! What's the point of my word-play? That the delectable raw material of tonka beans has been utilised in the most delicious way paired with earthy vetiver in their mouthwatering fragrance Vétiver Tonka. Composed by in-house perfumer Jean Claude Ellena in 2004 as part of the original quartet for Hermès's exclusive collection for their boutiques, the Hermessences, Vétiver Tonka was meant to interpret the sensation of wool. (the other Hermessences also capture the drape of various fabrics). "Comfortable, fresh, affirmed" is how they chose to describe it themselves and I couldn't agree more.

Subtly edible notes with cigar-flavoured accents are folded into a classy amalgam by the genius light hand of a conjurer: Jean Claude Ellena's strongest suit. The warm smokiness that alludes to pouches of rich tobacco is an element that I am sorely missing in the current batches of the classic Vétiver by Guerlain where it was providing an inviting hug after the grassy delights, but happily the coumarin-rich smell of tonka beans remains intact. Guerlain's version is of course overall much more citrusy, vetiver in itself possessing an hesperidic facet that is often used as a springboard in composing masculine colognes around it. Jean Claude merely hints at that aspect of the exotic grass seguing on to "cleaner" notes that almost instantenously get the smothering treatment of an artistic flou via hazy notes, much like the flour part of his Bois Farine for L'artisan parfumeur.

Vétiver Tonka encompasses the tempered note of vetiver that re-appeared in Terre d'Hermès two years later ~also by Ellena. He seems to love the material, using the Haitian vetiver essential oil, vetiverol as well as vetyveryl acetate. Ever since Déclaration, a spicy masterpiece in my opinion, he has been using all those beloved materials in various incarnations, all the way to the specifically ordered vetiver extraction he procured for the intriguing and perplexing Un Jardin après la Mousson. That said, lovers of strong, dank, almost musty vetiver should rather look for it in Route de Vetiver by Maitre Parfumer et Gantier or Vétiver Extraordinaire by F.Malle.

The violet-like note of alpha isomethyl-ionone (which is sniffable in another Hermessence too, Paprika Brasil, where it takes almost an iris nuance) is the humorous touch that Jean Claude tricks us with: he did the same thing pairing beta ionone (also reminiscent of violets) with hedione to come up with the scent of tea in Bulgari's Eau parfumée au Thé Vert.
The dominant force however is tonka bean , which has a hay/caramel vanilla-ish scent, very soothing, very creamy. Smelling it from the bottle or on a blotter at first it seems a bit clashing ~to be excpected since the two elements are so antithetical on first reading, but on skin it is predominantly sweetish, velvety soft and nutty-oily, which I find sublimely comforting. The naturally dry and woody smell of vetiver as well as a slight bitterness inherent in tonka beans provide a counterpoint to the sweet float of the vanillic base, so the whole is perfectly balanced between dryness and comfort; which sets it one step ahead of the equally mouthwatering but much more gourmand Ambre Narguilé from the same line and for me personally makes it more wearable in warmer weather than the denser Vétiver Oriental by Serge Lutens. This charming duet dances in situ for hours with little change, but boredom never enters the equation as the combined efforts sing at an unheard of before frequency. Additionally there is an interplay of cool and warm facets which makes for stimulating results making Vétiver Tonka suitable for every climate and every season. It lasts very well for an eau de toilette, perhaps more than any other in the collection, is perfectly unisex and has moderate, elegant sillage.

So to answer my introductory word-play, I have been for the bean in a most decisive way ever since I first tried it: Reader, I have spent most of last summer in it!

Vétiver Tonka by Hermès (2004) forms part of the Hermessences exclusive collection, sold at their boutiques in spartan bottle with leather-covered caps. It comes in either 100ml/2.4oz or a set of 4x15ml/0.5oz travel set sprayers. (There is also the option of getting it in a set of pre-selected 15ml travel sprayers along with 3 other Hermessences for the uniform price of 150 euros).