Say the word jasmine among perfume circles and expect to see the characterisation of indolic being brandished a lot at no time. Expect to see upturned noses with "indolic" mentioned alongside "fecal" in the same breath. Is jasmine a "dirty" word? Who potty-trained it? These thoughts evolved in our mind as we re-examined the troubled relationship of perfume lovers to the perfumery "king of flowers", especially now that the weather is warm and jasmine vines are flowering like mad; and so decided to take things at the top. 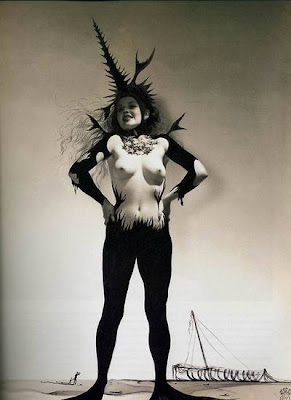 Indole is often used as the scapegoat for "stinky" smells, but the truth is somewhat different. Originally indole is a portmanteau of the words "indigo" and "oleum", because the chemical substance named indole was first isolated by treatment of the indigo dye with oleum (oil), thus giving rise to indole chemistry.
Indole is an aromatic heterocyclic organic compound which contains a six-membered benzene ring fused to a five-membered nitrogen-containing pyrrole ring (don't worry if you're not great at chemistry, it will all make sense in a second); thus compounds which contain an "indole ring" (sequence of molecules) are accordingly named "indoles".

What does this mean? It smells "weird". But not necessarily of feces or poop, contrary to common knowledge! Organic chemistry on the whole isn't averse to naming names quite literally, especially when it comes to foul-smelling components: Hence we have cadaverine (for cadaver smell), putrescine (for the stench of garbage), skatole (from the Greek σκατό, litterally meaning shit), or butyric acid (the smell of rancid butter from the Greek βούτυρο/butter). No, the nomenclature of organic chemistry is pretty much to the point, which would pose serious doubts as to why leave such an appropriate scent out there with no fitting baptism!

The answer is simple: Pure indole, the one which is indeed present in feces and also in small part present in white flowers (such as jasmine, gardenia, tuberose and orange blossom; but also in honeysuckle and lilac, technically non white) doesn't really smell of poop in isolation. The white crystals of indole (mainly derived from coal tar) contribute to the effect, in tandem with other things (surely both feces and flowers contain myriads of molecules) but not in seperation so much. Isolated indole has a musty, weird moth-ball smell that is a little stale, reminiscent of decay, like something has gone off and you can't really pinpoint what it is. In presence of humidity and musky compounds it can become a little much, reminiscent of the ambience of a...toilet. In a way an "Eros & Thanatos" concept.
It's interesting to note that a common derivative is the amino acid tryptophan, calming neurotransmiter serotonin's percursor and an essential amino acid in the human diet. (It's isolated in caseine which is found in dairy products, but also in chocolate, oats, poultry, pumpking seeds, peanuts, spirulina and several others. Makes seeing food in a whole different way!).

But should the smell direct us into seperating white floral and jasmine fragrances into naturally-derived or not? In short, does an indolic scent indicate we're dealing with a fragrance containing natural jasmine? The answer isn't as easy as all that. It's true that natural jasmine essence, as used in the perfume industry, is dark and narcotic, containing about 2.5% of pure indole. This often gives a "full", lush and intimate ~some say naughty~ effect in the finished compound, making the jasmine "sexier" or "animalic" as described by perfume enthusiasts (the naughty effect is more due to paracresol, reminiscent of horses' smell). Try Serge Lutens' A la Nuit, also his Sarrasins (a different treatment of intimate) or Montale Jasmine Full, and you know what I am talking about. Olene by Diptyque is another one which has a dubious intimate ambience (described by someone as "one bad mama jama of a jasmine"), as does the extrait version of Joy by Jean Patou, sublimated in rosy and musky tones as well, and the heart of Bal a Versailles (flanked by naughty civet). Also try Bruno Acampora Jasmin. However you don't necessarily have to tread on jasmine to get copious amounts of indole either: Try a carnation scent as well: Carthusia Fiori di Capri. It can make walking in the park where dog owners routinely walk their dogs a completely novel experience in perception! 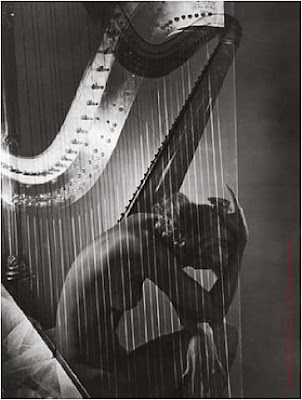 Nevertheless, the picking up of a poopy smell can't be a compass into actual composition after all: The natural oil requires the processing of tons of flowers raising the cost to 10,000$ per kilo of essence, while it would be perfectly easy to add seperate indole to synthetic substitutes in order to produce a compound that would be closed in value to 10$ per kilo. The difference in pricing is staggering, which explains why natural jasmine oil is today only used in minute amounts in specific extrait de parfum formulae and only there; the rest is mythos and marketing communication of the brands.

But not all jasmine fragrances need to be indolic either. Try the non-indolic Armani Sensi and Sensi White Notes. Also get a feel for Jasmine White Moss by E.Lauder or Voile de Jasmine by Bulgari. Nothing "dirty" about them whatsoever!
To construct a light, virginal jasmine without indole, the perfumer has several synthetic options (assuming they're not involved in the masochistic effort of taking the natural and getting it fractioned in order to remove the indole). Hedione in copious amounts is the first choice, as it reproduces a greener, dewier version in contrast to the natural jasmine absolute. It's combination (in elevated ratio within the "jasmine base" thus created) with benzyl acetate, benzyl salicylate (for diffusion and tenacity), alpha amyl cinnamaldehyde and linalool produces the desired effect. These jasmine fragrances are easy to wear, lighter in feel, less heady and do not pose the problem of reminding people of impolite (even if necessary) human functions.
The choice between heaven and hell, as they say, is yours!

photos by Horst P.Horst in collaboration with Dali and Lisa with Harp.
*Share with link: Tuesday, May 18, 2010