Perfume Primers is a new feature on the Perfume Shrine site, intended for beginners who cannot find their way through the tangled cosmos of perfume writing in print and on the web, but also insightful enough (and hopefully written in a non-condenscending manner) to appeal to more seasoned perfume fans as well. These primers go beyond the comprehensive raw materials/perfume notes articles (linked on the right hand column of the site) or perfume terms articles (the vocabulary of the perfume language, also linked on the right hand column); they intent to highlight issues that straddle categories and skirt central themes essential for fragrance comprehension and aim to be relatively short and concise. In short, if you're new to perfume, you're advised to begin here (and possibly the various How To guides, linked on the right too) and make your way through the other features.

I begin as requested by readers' emails with a somewhat "confusing" genre, aldehydic florals, which accounts for a vast amount of perfumes on the market, not to mention numerous historical ones. Not merely an allusion to including "aldehydes" materials in the formula of said perfumes (aldehydes can appear in any fragrance family, from chypre to oriental) the trope has particularities that need addressing. 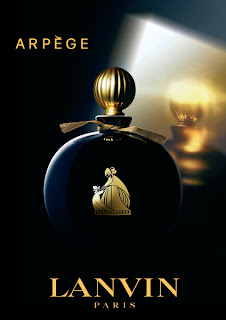 The perfume term "floral aldehydic" applies to a subcategory of the "floral" family of perfumes (perfumes with an emphasis on the olfactory impressions of flowers) whose origins go back to two acclaimed classics, both emerging in the 1920s: Chanel No.5 and Lanvin's Arpege. "Aldehydic" refers to aldehydes, of course, a large group of usually synthetically recreated ingredients with varying scents  (more on which  on this link), but what "makes" a "floral aldehydic" is the presence of a significant amount of so called aliphatic aldehydes within the formula in combination with floral, woody and animalic notes.

Those aliphatic aldehydes or "fatty aldehydes" , (i.e. the string of aldehydes C10, C11 and C12, named after the number of carbon atoms contained in their molecule) present in Chanel No.5 have become "code" for this perfumery trope. They make up a staggering 1% of the formula of No.5, marking it as a milestone in modern perfumery. Issued in the 1920s, the era of modernism in the arts, this is the reason why they're classified as "modern style fragrances" in some taxonomies, after the Chanel pioneer. Lanvin's Arpege is invariably considered the second great example in the genre, different enough from the Chanel (woodier, creamier, softer) so as to put itself in a important historical slot.

These fragrances smell soapy, waxy, citrusy, a complex and abstract scent that we can pinpoint as decidedly "perfumey", often 'retro' in feel too, as many women of a certain age cling on to them faithfully as the scents of their prime (aldehydics were supremely popular in the 1950s and 1960s and in some part into the early to mid 1970s). Simply put, aldehydic florals smell unmistakably like one has put perfume on, rather than smelling of one's own "scent" (what is colloquially refered to as "skin scents"). They're supremely "manufactured", man-made in feel and therefore can be interpreted as the prime sign of "status perfume-wearing", signage for affording to buy and wear a luxury product; an effect purposefully sought after upon creating First by Van Cleef & Arpels, "the scent of a wealthy, tasteful woman". They stand for classic elegance, a pearly opalescence, what we'd picture Audrey Hepburn or Grace Kelly wearing in their classic mid-20th century films (Audrey did in fact favor one, L'Interdit by Givenchy, originally made for her). Aldehydic florals are invariably aimed at women, although men are free to experiment if they're daring and uninhibited.

In Chanel No.5 aliphatic aldehydes are coupled with (at the time of creation) natural essence of jasmine and rose, alongside natural musk, ambergris and civet (the latter three being "animalic notes", more on which on the link). The sharpness, pike-through-the-nose effect of the aldehydes is smoothed by bergamot and ylang-ylang and sexualized by the animal-derived notes mentioned above.

Floral aldehydics make steady use of a standard triad of flowers ~rose, jasmine and lily of the valley~ while there might be lesser amounts of other flower aromas such as lilac, tuberose and carnation "notes" (the term is used in quotes as lilac and carnation are recreated through imaginative combinations and lab synthetics, the natural flowers yielding insufficient essence). The more tenacious notes perceived much later include woods (sandalwood was the #1 choice for this genre), vetiver (an exotic earthy-smelling grass with an extensive root system classified in the "woods" smells), the starch scent of orris, musks and amber. Whether there is much vanillin (i.e synthetic vanilla) or not in the formula determines a further sub-category with the genre of floral aldehydic, sweet or non-sweet.

It's common to hear people noticing that floral aldehydic perfumes give them an impression of soap and/or of functional products (toiletries, detergents etc) or sometimes a "powdery" feel (as in body powder). This is a cultural phenomenon, as the use of the relatively cheap aliphatic aldehydes meant that they were used in many of these products (especially bath soap) throughout the mid and late 20th century; the instability of the ingredients, alongside synthetic vanillin, wasn't too problematic in that type of functional perfumery, so their cost effectiveness and diffusion were advantages.

Floral aldehydics have also inextricably tied themselves to a French-style inclination (you can refer to the Perfume Shrine's article on "french style perfumes" for two directions on that), though they're by no means restricted to France; in fact numerous American fragrances are floral aldehydics, as it's a much beloved genre by US audiences. Last but not least, aldehydic florals are often -among some others- termed "old lady fragrances" by the general public; this fascinating and borderline disturbing cultural association is further explained in this link.