Among perfume lovers' circles there are no other two words more despised than "old lady" perfume. Is it because often the people who love ~but also have the economic means to indulge in their passion~ are of more mature years? Is it because it connotates the worst ageism possible, an invisible one? Is it because in the en masse swiping out of "old lady" perfumes one is thus disregarding all the classics and the vintage treasures which evolving trends made obsolete? Possibly it's a combination of all of the above. And why are men left out, as usual? Are there no "old men" fragrances? And if they exist, why isn't the world paying any attention? Considering the subtextual content of language in reference to scents isn't an easy task, probably exactly because olfaction is a function that addresses the brain's limbic system rather than the rational centre of speech. Therefore a correlation between feeling produced by smell and language used to express it is hard to establish. 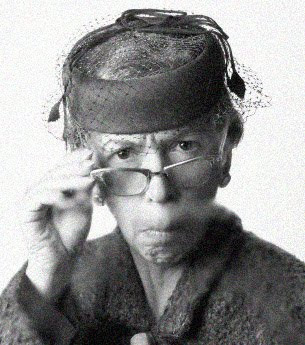 Some people defend the term "old lady" by saying it's vague, so it could be construed positively. And originally it was. For instance, a beloved grandmother who has a loyalty to a specific fragrance of her youth might be an old lady to emulate. I can think of at least two. After all fragrance vogues come and go: When My Sin by Lanvin launched in 1925 it was the bee's knees (it still is, if we need to be objective), a subversive scent for an emancipated woman. Miss Dior (1947) was aimed at the debutantes of the first years after WWII, hence the "miss" denomination. Now the young ones wear Miss Dior Cherie, a sweet fragrance that bears no olfactory relation to the predecessor and turn up their noses at the original. L'Eau d'Issey (1992) marked a whole generation now in their early forties; in the eyes of a modern teenager, it's terribly passé. The cyclical course of fashions accounts for the unavoidable reversion of norms and perceptions, in regards to scents as with everything else.
It could be a lack of vocabulary and imagination only: The derogatory term is easy to say and to blurb forth, without trying to come up with a phrase that describes our feelings in more precise terms that could convey nuanced meaning. Obviously the mystique of fragrance is terra incognita for many, but I am wondering whether this is an excuse for terminology laziness.

On the other hand, so very often the term "old lady smell" is used in reference not simply to obsolete or old-fashioned aromata, but rather displeasing or even repelling ones: Smells of incontinence, of "dead" hormones (very seldom detractors consider "old lady" perfumes as sexy or attractive), of lacking hygiene due to physical disabilities, smells of medicine and disease...The feeling is almost one of foreboding, a bad omen that has the evil ability to stick around and influence everyone around. "Chela Gonzalez and her friend Nora are looking forward to sixth grade in their El Paso school. They have finally been placed in the A-class, the “smart class,” which is for students who only speak English. Then Chela’s father has a stroke on the first day of school, her grandmother comes to help out, and “the air became thick with the smell of old lady perfume, of dying flowers and alcohol…. It was the smell of bad things.” Thus is constructed the central plot in Claudia Guadalupe Martinez’s debut novel for young adults "The Smell of Old Lady Perfume". No baking cookies, cuddling and fragrant kisses goodnight for this grandma and grandaughter.
A blogger further writes remarking the scent of a woman he passes by: "Perhaps this isn't a smell that old people spray themselves with. Maybe when you get past the menopause, you instantly start emitting it. Old women try to mask it with stronger fragrances, but the old lady smell keeps coming out. As they get older, the smell fades, and is replaced by the smell of old mothballs." There is even a Banning Old Lady Perfume on Facebook! And the pursuit of youth at all costs knows no (commercial) boundaries: there's a magic smell for everything!
Surely it must be a hard-wired mechanism in humans that averts us from anything that reminds us of our own mortality seeing a woman of advanced years as discarded material, an old hag. Before you pppfft it as sheer rubbish though read this: "A researcher at Shiseido Laboratories has traced the problem to a fatty acid known as palmitoleic acid. He has also learned that the body of a person up to about the age of 30 does not secrete a noticeable amount of this substance, but that once a person--whether male or female--hits 40, the volume rises sharply. The volume of palmitoleic acid released by the human body is 10 times as great among people in their seventies as in their forties."
Still, aging is a privilege; the alternative isn't as good. We might as well be a little more accepting and lenient and grow up already! 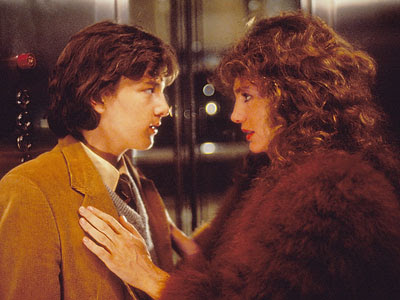 Spirited discussions ensue whenever the subject is brought up nevertheless: One perplexed 25-year old says she was told by her boyfriend "his favourite perfume is White Diamonds by Elizabeth Taylor" and asks for opinions on whether it's too mature for her. Before anyone playfully suggests she ditches the boyfriend, she is told instead to "try it on skin first", "its old lady, try smelling Paris hilton, Gwen Stefani, Baby phat, J-Lo, these are just a few in my collection that smell oh so good", that "it’s a little mature but it smells alright. I wouldn’t wear it until I’m like 45+", "I didn’t know they had perfume for young folks and old folks" and yes, finally that "it is marketed to an older more mature woman". Ah...the magic word: "marketed"!

But let's see the world of difference a small substitution does to the term: What if instead of "old lady" we had "older woman"? The image of a prim, conservative little commuter, grey hair in a bun and structured purse in her lap, sensible shoes and no thoughts of enjoying anything naughty is looming whenever the derogatory term is used. Is it the "little" lady in there that is so distasteful to the detractors? One of them even mentions it out of the blue as smelling like "Eau de little old lady" when talking about retro perfumes , so there must be some truth in my theory! In contrast, consider being youngish and being told you smell "like an older woman", especially if this comes from a man. Instantly the characterisation is not negative; far from it. It's "older", not old. It's "woman", a more sensuously rich term than "lady". It's all French (or Italian) films and summers spent as an exchange student someplace where a knowing woman had taught you the secrets and exasperations of adult life Mrs. Robinson-style. Who wouldn't want to be as alluring as Jacqueline Bisset? Still, the ringing-of-some-humiliation term of "cougar" has been concocted against older women going after younger men, so I'm seriously considering whether "old lady" isn't a feminist issue to begin with. It probably is.

A suitable alternative term for "old lady" perfume nevertheless hasn't been universally accepted yet. Would "retro fragrances" be a positive term to replace the "old lady" one when referring to classics & old-fashioned scents? Would "old-fashioned" do when we're talking about something that is not necessarily within our comprehension or taste? Would "displeasing" be an umbrella subjective term for the scents we don't like, forgetting the ageist tentacles which are spreading and engulfing us whenever we use the term "old lady" in a negative light?
We're taking submissions for vocabulary expansion right here as we speak: Offer your own!

pics via shadyoldlady.com and cinematicpassions.com
*Share with link: Friday, May 21, 2010