When Someone Usurps your Signature Fragrance 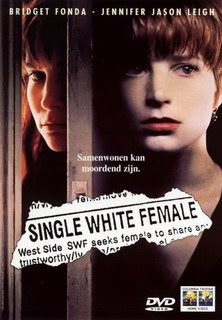 When at school my best friend was using Anais Anais, the soft-focus lily scent in the retro opaline bottle that recalled Victoriana and the BBC series Jayne Eyre and The Barrets of Wimpole Street we were watching on television. Something about the aesthetics of its nostalgia coupled with the erroneous hint that it might have something to do with Anais Nin and her Delta of Venus lured me into getting my own bottle. Little did I know that this act would produce the fury of a Maenad! Never mind that Anais Anais was worn by almost anyone below voting age at the time. The cardinal sin had been commited: I had usurped the signature fragrance of someone else and my penance would be exile.

After half a bottle, I somewhat tired of Anais Anais, no matter how pretty and wistfully autumnal it was. The initial coup de foudre was no longer there. Instead, my heart was pounding with fascination for the decadent opulence of Opium which had marked me years before unexpectedly: finally able to procure a bottle of my own with my pocket money, I did just that. The fragrance became so much a part of my psyche, with sporadic flirts with my mother's Mitsouko and Cabochard, that I could never understand how anyone on God's green earth could claim it. Yet, claim it they did and several other people, usually older, used it as well, often in exceedingly large amounts that became noisesome. I remember I was both dismayed and disappointed at that. Since I loved it so much, one would assume that I would enjoy smelling it in the air, catching the wake of it from passing strangers and acquaintances. But it never seemed to smell properly on them. Yet deep down I was a little relieved as well: It was still mine and mine alone, I was hissing through clenched teeth ~my precious! 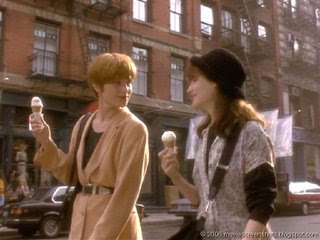 The final straw was at the university, when a particularly nosey classmate questioned me on what I was wearing and I was very eager to let her share: a small eau de toilette bottle was always in my Longchamp along with my notebook with lecture notes on the Aeniad, the syncretism in late Middle-Ages and the artifact types of Upper Mesolithic. Soon enough, what was that divine cloud I was smelling two pews below, wafting up to engulf me in the smell of betrayal?
It was at that moment that I had the perfumephile's equivalent of St.John's visions at Patmos: I finally realised why it's not good form to wear the same fragrance as your friend...

Copying someone's identity in its external manifestations and even their intellectual interests, emulating their fashion sense, their hairstyle, their makeup and colour choices and suddenly adopting the same music sense and book material can feel annoying and a little alarming for the one who is being copied: is it to be taken as a compliment or as an invasion of private space and the right to mark one's own territoty? 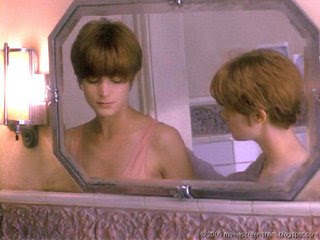 That last part seems to me to be at the bottom of this particular annoyance. Although we have progressed from the jungle, the jungle hasn't left us: we still need to mark our territoty with the invisible olfactory stain of our id. And we do that with our loved ones and the scents we choose for them as well.
The scent we choose ourselves to represent our id can be even more poignant when usurped: the betrayal is not only on the physical, territorial plane but on the cerebral as well. It's as if our decision to adopt a certain signature fragrance has been cheapened through blatant copying which required none of the visceral or alternatively the meticulous care with which we came to it ourselves. And in a world where there are myriads of fragrances around, finding that special one can be both hard and frustrating to go through again.
Additionally, when that signature fragrance is some obscure niche little thing we unearthed in one small boutique in Crete, hiding behind a local deli with dakos and stamnagathia, and only there, then it feels unique and we subliminally graft that aura on ourselves.

So what to do when asked? Faced with a question as to what is your signature fragrance, you're faced with a trilemma: if you reveal it, you are open for the other person to adopt it and leave you feeling somehow less special; if don't reveal, you risk to seem aloof and arrogant and lose a friend and get gossiped behind your back; if you don't reveal and it's a little known or unpopular choice you run the even greater risk of the fragrance never surviving the axe of discontinuation from the accountants in the manufacturing firm. It's a conundrum!

Personally, I have come to the conclusion that it's better to be gracious and sharing when it is someone who either has a genuine interest in perfume (so you get the chance to win a friend for life) or it is not someone you're bound to meet every single day (therefore even if they copy you, it won't be really significant). Seems to work so far...

I'd be interested to hear your thoughts and experiences.