Myth Debunking 1: What Are Aldehydes, How do Aldehydes Smell and Chanel No.5

Ask any aspiring perfumista about aldehydes and you will hear that they are synthetic materials first used in Chanel No.5, that thanks to them this is the first and the prototype of synthetic fragrances and that aldehydes themselves have a champagne-like, sparkly, fizzy odor that makes the fragrance fly off the skin. This is what they have been told time and again. Ask any seasoned perfumephile and you will hear that aldehydes have a waxy, citrusy or rosy aroma, like snuffed-out candles (Luca Turin was instrumental to that with his references appearing in “Emperor of Scent”). The truth? It’s a little more complicated than either!

It’s a fact that aldehydes became famous through their introduction in copious amounts into the formula of Chanel No.5 in 1921. However No.5 is definitely NOT the first fragrance to feature synthetic aldehydes :

Nor is No.5 the first modern perfume to feature synthetic components (that honor belongs to Fougère Royale -Royal Fern- by Paul Parquet for Houbigant in 1882). Aldehydes themselves are organic compounds present in various natural materials (for instance natural citrus essences such as the one from orange rind, rose oil, pine essence, citronella and cinnamon bark ~they even appear in bovine heart muscle!). Several essence reconstitutions by chemists involved using aldehydes as various types can also be synthesized in the laboratory. 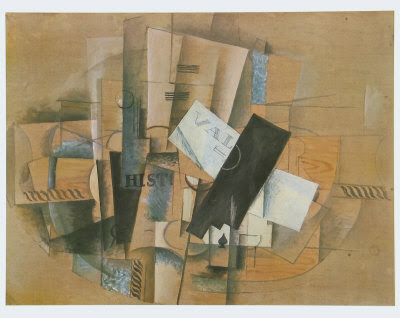 Aldehydes (same as ketones) are organic compounds which incorporate a carbonyl functional group (that's C=O). The carbon atom of this group has two remaining bonds that may be occupied by hydrogen or alkyl or aryl substituents. If at least one of these substituents is hydrogen, the compound is an aldehyde. If neither is hydrogen, the compound is a ketone. The majority of aldehydes and ketones have strong odors. Ketones generally have a pleasant smell and they are frequently found in perfumes (e.g. muscone in musk-smelling colognes). They are also used in food flavorings. Aldehydes vary in smell with most of the lower molecular weight smelling bad (rotten fruits), yet some of the higher molecular weight aldehydes and aromatic aldehydes smell quite pleasant and are thus used in perfumery. Formaldehyde is the simplest aldehyde with a central carbon atom bound to two hydrogen atoms (H2C=O). Discovered in Russia by A. M. Butlerov in 1859 it is very reactive, used in dyes, medical drugs, insecticides and famously as a preservative and embalming fluid.
Aliphatic aldehydes possess intriguing smells outside the realm of simplistically nice: butyraldehyde for example smells of rancid butter (from βούτυρο/butyro which means "butter" in Greek)! Acetaldehyde is the name of the shortest carbon chain aldehyde and is one of the oldest known aldehydes (first made in 1774 by Carl Wilhelm Scheele). Its structure however was not completely understood until Justus von Liebig determined the constitution of acetaldehyde 60 years later, described its preparation from ethanol, and baptised this chemical group “aldehydes”.

Hardly a fragrance exists without some kind of aldehyde in it, which incidentally makes insisting the greatness of No.5 is due to its synthetic materials comparable to saying that the Pyramids are monumental because of their shape alone. It is the cleverness of marketing and the propagation of a myth that No.5 was meant to evoke an unnatural smell (because supposedly Coco Chanel insisted that she wanted a perfume smelling of a woman and not of flowers ~"women do not want to smell of a bed of roses") which gave rise to this confusion. Chanel No.5 and No.22 later owe their vivid sprakle to a specific subgroup of aldehydes which are called “fatty”: strings of carbon atoms (between 8 and 13) coded in accordance to that number of atoms (ie.C8) with nomenclature deriving from Greek numerics, such as octanal from οκτώ/octo (=eight), in which each of the 8 carbon atoms is connected to two hydrogen atoms. The “bouquet” of aldehydes C10, C11, and C12 in Chanel No.5 became so popular that all consequent “aldehydic fragrances” used that sequence of aldehydes, giving a fizzy perfume-y scent that is quite characteristic with the direct result of having the perfume lover confused as to how aldehydes themselves smell. Fatty aldehydes have a citrusy or floral note, and a pronounced fatty/waxy/soapy tone which is very apparent if you consider a modern fragrance that uses them in high ratio: Sicily by Dolce & Gabbana. The soapy feel is unmistakeable! As an exercise compare that smell with your Chanel No.5: you will pick up the soapy facets in that one as well. Another reason that they read as “soap” is exactly because they have been used in the production of soap for years to give that fresh lemony feel.

Often the compounds are patented under commercial names; therefore their true nature remains arcane even to perfume lovers who might have seen them mentioned. For instance Triplal, a patented molecule by IFF: its chemical name is 2,4-dimethyl-3-cyclohexene-1-carboxaldehyde. Its smell? Powerfully green and herbal, like crushing ligustra leaves between fingers. None of the characteristic aldehydes of Chanel No.5!
One interesting ingredient is phenylacetaldehyde which has a pronounced green note (top in natural narcissus and thus used to recreate a narcissus note in perfumery). The hydrocinnamic aldehydes are another family of materials from the manipulation of benzene and their odor profile resembles lily of the valley (muguet) and cyclamen. One of them is the famous Lilial (patented name for lily aldehyde; also known as Lilistralis), widely used in the replication of that elusive natural essence, lily of the valley. Another is Cyclamen aldehyde (usually produced with cumene as a starting material).
Aromatic aldehydes have very complex chemical structures but are the easiest to identify by smell. Anisaldehyde smells like licorice. Benzaldehyde on the other hand, has an odour profile of almonds and has several chemical constituents: cinnamaldehyde, amylcinnamic aldehyde, hexylcinnamic aldehyde. Condensation of benzaldehyde with other aldehydes gives a series of α-substituted cinnamlaldehydes, the lowest member of which is used in the production of cinnamyl alcohol, very important in the production of spicy perfumes (cinnamon note). Higher members, on the other hand, such as amylcinnamic aldehydes (ACA) and hexylcinnamic aldehyde (HCA) project a fatty jasmine impression despite their abscence from natural jasmine oils! Most synthetic jasmine perfumes today use one or both because they are inexpensive (Their fibre-substantive qualities also make them perfect candidates for laundry detergents and fabric conditionners). The hawthorn or aubépine note, rendered synthetically in perfumes for several decades, is produced via anisic aldehyde (p-methoxy benzaldehyde) and it has been sublimely woven into the gauzy cloth of Après L’Ondée by Guerlain (where it sings along with heliotropin). Additionally, the aldehyde vanillin is a constituent in many vanilla-scented perfumes. So nothing is as simplistic as one might assume! 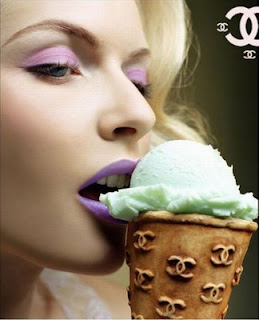