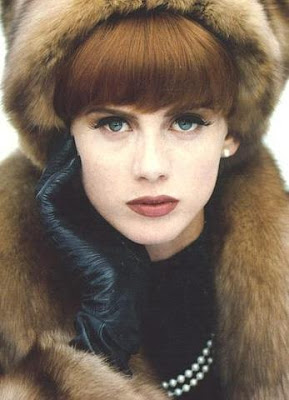 Whenever I think of Cuir de Russie by Chanel I think of a particular place and a woman I once saw. She is of Slavic features, quite old and she must have been beautiful at her prime. Now the fallen features speak of a splendour gone by, an existence that was once luxuriously pampered now reduced to wandering the busy, buzzing city sitting at the old derelict café that was Zonar’s up till some years ago. Situated at the city centre, amidst the crowded shopping district and face to face with an uber-luxe jewel shop (which in itself had been a traditional, picturesque ouzeri in a previous incarnation), Zonar’s had been for almost half a century the Mecca meeting point of local and visiting intelligentia. 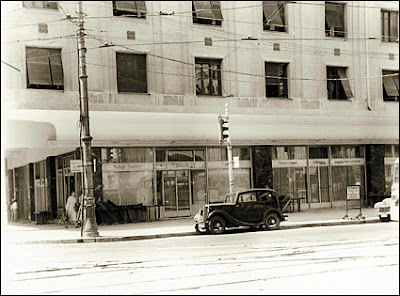 And then like old civilizations, it withered and almost died…Abandoned, frequented only by the decadent and the nostalgically traditionalists. She was there, all right: mink fur jacket on her back, but almost tattered and yellowing at the edges. Antique gold bracelets that must have been family heirlooms from a Bosporus clan. Her hair coiffed in an old fashioned style that must have gone out of fashion about 30 years ago, her eye pensive and introspective. Her black croc bag, good quality, but showing years’ long wear. To paraphrase Poe, a "woman of the crowd"…

Cuir de Russie has this exact décadence avec élegance vibe that made an impression on me upon setting eyes on that woman. 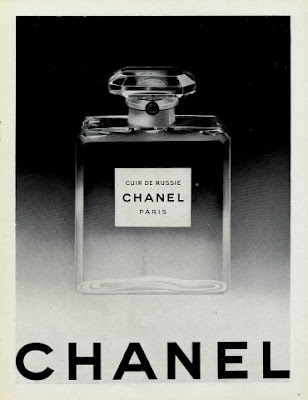 In the words of Luca Turin:


“sumptuous leather, light and balsamic, forgoing any sugary compromise, Cuir de Russie regains its place at the top of this category, right next to the rather more jovial Tabac Blond. [...]Cuir de Russie is a striking hologram of luxury bygone: its scent like running the hand over the pearl grey banquette of an Isotta Frashini while forests of birch silently pass by”. 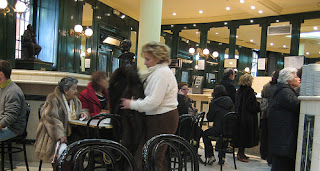 Amanda Lacey, famed London facialist, to whom this was gifted by Jacques Polge, put it in simpler terms:


“There's something about it that makes me emotional - it reminds me of Paris and of times gone by when people had an elegant approach to life. I feel I'm wearing a wise grand dame around my neck.”

Chanel's Cuir de Russie came out in 1924, a time at which the impact of Les Ballets Russes (1909-1929) was palpable. Russian émigrés having fled the motherland because of the revolution in 1917 had populated Paris and had lent it their own mark of decadent sophistication. Suddenly the exotic East, in which westerners classified the vast Russias since before the time of Peter the Great, became all the rage and the embodiment of everything forbidden and alluring. The datchas, the orthodox churches, the ballads on balalaikas, the Cossacks.
In the words of a critic of the times:


“nothing is more foreign to our tradition than those violent bursts, those frantic and intense dances, this instinctive frankness, this disproportionate imagination. The discordance is so brutal that one would be astonished by the tenacious favour that those people over there hold on us. The simple truth is that Russians fascinate us because they distrurb us”.


Coco Chanel herself would indulge sartorially into the craze for all things Russian, setting up the atelier Kitmir, which will later create the broderies inspired by Russian folklore for Jean Patou, himself the lover of the Grand Duchess of Russia. Coco also created the costumes for 4 ballets, one of which is Le Train in 1924; coincidentally the year Cuir de Russie is issued.

Inspired by Gabrielle’s own love for the exiled Grand Duke Dimitri Pavlovitch (1891-1942) ~ cousin of Tsar Nicolas II~ and paying homage to Stravinsky, Diaghilev and Serge Lifar, protégé of Diaghilev, with whom she was friends, Cuir de Russie exploited an old theme with a modernist palette. 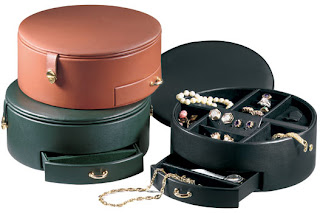 Legendary nose Ernest Beaux, guided by Chanel’s desires to dare, made women indulge in what is essentially a men’s scent formula, garlanding it though with sparkly, dry aldehydes and the eternal feminine flowers: jasmine (an abundance of it!), rose and ylang ylang; redolent of No.5’s own heart, giving a warm, honeyed aspect that contrasts with an icy element that enters and exits the scene like an aloof, declassé aristocrat ~in perfect accordance to what was previously revealed as being the idea behind it: the leather pouches for jewels.

The inclusion of rectified birch tar, supposedly along with styrax, gave it the brutish animalic touch of 20th century and the intelligent beauty of Constructivism arhictecture. None of the sweet, contemporary niche leather harmonies and further off the smoothness of Diorling {click for review}. Sublime cadenzas of amber and resin provide the warm but never too congenial backdrop hinting at a bygone luxury and perhaps a little smoking fetish, letting off a subtle hint of tobacco. Contrary to Tabac Blond however it weaves smoothness of skin and rounded contours under the dress that cloths the woman. This is supremely manifested in the far superior extrait de parfum concentration which, like all Chanel parfums, exploits the best of raw materials and gives the most luxuriant experience.

The current eau de toilette version, which had been first re-orchestrated by in-house perfumer Jacques Polge in 1983 (toning a tad down the harsher leather aspect), now circulates in the gigantic sparse bottles of Les Exclusifs range in 200ml, distributed at Chanel boutiques and very select doors. The extrait de parfum concentration is not easy to come by any longer (it used to be available easily on Chanel.usa), regretably, but it is definitely still being made, distibuted to certain boutiques and definitely available in Paris if you travel there.

Translation of quotes from the French, author's own. Pic of young woman in gloves by glovelover 2006/flickr. Pic of Zonar's from Naftemboriki. Pic of ladies in furs by Kchen/flickr. Pic of leather cases for jewels courtesy of wealthwood.com