Much has been made of Ambre Sultan's resemblance to women's odorata sexualis, the intimate scent of a woman, and although I fail to take this literally, this Serge Lutens perfume is certainly one of arousal. Lovers of this deep, devilishly suave iconoclast of a scent (which doesn't recall any of the powdery, "safe" sweet ambers you might have known before) confirm it. 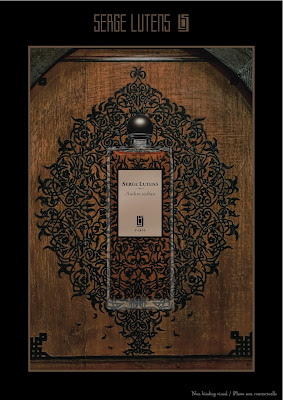 And if it seems counterintuitive to think of an amber when spring is around the corner, and indeed when Lutens has just launched his newest Jeux de Peau, Ambre Sultan can surprise us; the perfect amber blend for warmer weather, blooming into something more meaningful with each sun ray that hits our hair.

According to fragrance expert Roja Dove ~journalist Hannah Betts quotes him in Let Us Spray~ this is part of a wider trend: "When the Aids epidemic hit, we wanted all the sex washed away, but perfume is returning to its semier side." Amber fragrances in general have something of Eros in them, because they try to recreate an oriental ambience that spells languor, exoticism, opulence, all conductive to a let go of the senses evocative of odalisque paintings by Eugène Delacroix or orientalia scenes by Rudolph Ernst. The most common raw materials for creating an amber "accord" (accord being the combined effect of several ingredients smelling more than the sum of their parts) are: labdanum (resinous substance from Cistus Ladaniferus or "rock rose", possessing a leathery, deep, pungently bitterish smell), benzoin (a balsam from Styrax Tonkiniensis with a sweetish, caramel and vanillic facet) and styrax (resin of Liquidambar Orientalis tree with a scent reminiscent of glue and cinnamon). And most ambers are usually quite sweet or powdery-hazy (particularly those which include opoponax and vanilla) which bring their own element of both comfort (a necessary part in surrendering inhibitions) and desire. Ambre Sultan has a devil may care attitude and the necessary austerity to break loose with all conventions.

Interestingly enough, the pungent, sharply herbal opening of Ambre Sultan, full of bay leaf, oregano and myrtle is traditionally thought of as masculine, but it is the rounding of the amber heart via mysterious, exotic resins, patchouli and creamy woods which captures attention irreversibly and lends the scent easily to women as well. The first 10 minutes on skin are highly aromatic, like herbs and weeds roasting under a hot sun on a rocky terrain, with bay and myrtle surfacing mostly on my skin. The effect translates as spicy, but not quite; what the creators of Diptyque must have been thinking when they envisioned their own original herbal fragrances treaking through mount Athos. Next the creamier elements segue, contrasting warmth and cool, fondling the skin and at the same time hinting at an unbridled sensuality. 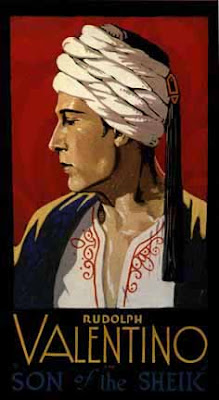 Although Ambre Sultan is a scent I only occassionaly indulge in (preferring the leather undercurrent of Boxeuses or the hay embrace of Chergui and the bittersweet melancholy of Douce Amère when the mood strikes for a Lutensian oriental), probably because it's rather masculine on my skin, I marvel at its technical merits each and every time: the way the creaminess never takes on a powdery aspect and how it's poised on a delicate balance between smoky and musky without fully giving in to either.
Much like Lutens is the sultan of artistic niche perfumery, Ambre Sultan is a dangerous fragrance in the pantheon of great orientals that like a possessive sheik will never let you look back...

Lovers of Ambre Sultan might enjoy other dark, non sweet or spicy blends such as Amber Absolute by Christopher Laudemiel for Tom Ford Private Blend, Creed's Ambre Cannelle (whose spice uplifts the skin-like drydown) and I Profumi di Firenze incense-trailing Ambra del Nepal. Those who would love a sweeter amber but still firmly set into the Lutens canon, can try his equally delightful Arabie with its dried figs and pinch of cumin spice.

Ambre Sultan is part of the export line by Serge Lutens, in oblong bottles of 50ml Eau de Parfum, available at select boutiques and online stores such as the Perfume Shoppe.