I wouldn't hesitate to think of the latest Paris exclusive fragrance by Lutens , going by the insolent name Boxeuses, as Féminité du Cuir instead. What do feminine pugilists (the true meaning of Boxeuses, pronounced box-EHz, in French) have to do with the delicate and mysterious affair of perfume? And why did Serge choose that name? 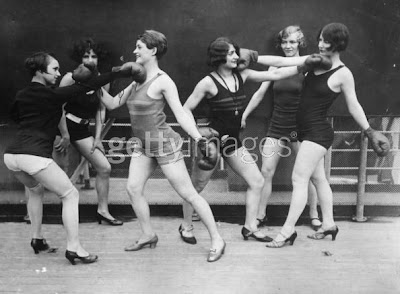 Plenty it appears and Lutens isn't one to go by conventional names anyway. This enigmatic woody leather is molded after a soft kid's leather glove that hits all the sweet spots for any ardent Lutens fan, that's why! After all French perfumery did arise through scented gloves, didn't it? Unlike the green fairy of Bas de Soie with the icy sensuality that demands kinky behaviour to unhinge itself, Boxeuses goes straight for the jugular, playing on the familiar, original codes of the Lutensian universe: violet-tinged woods, plummy fruits, somptuous spices...

To those who are intimately familiar with the Lutensian opus, Boxeuses can't fail but instantly remind them of Féminité du Bois and in fact the whole Bois series it spawned for the launch of Les Salons du Palais Royal back in 1992 (Bois de Violette, Bois et Fruits, Bois et Musc, Bois Oriental). Much like them, Boxeuses is full of the woody backdrop of Iso-E Super and violet methyl-ionones, plus a good dosage of plummy nuance redolent of Arabian desserts which perfumer Chris Sheldrake elevated beyond manière into Art. To those who are not, Boxeuses could be the love-child of a Cuir-de-Russie-type (notably Chanel's offering with its luxurious feel) due to the birch tar material anchoring it and Rochas Femme with its Prunol base; the latter in all its cuminy sexy glory, thank you very much. Of course the lineage might be de trop to mention: Féminité du Bois does owe some of its genius in the sexiness factor of Femme, but pushing the envelope further thanks to its sombre spiciness of cinnamon and cardamom which couple with woods reminiscent of a box of lead pencils; unheard of at the time. 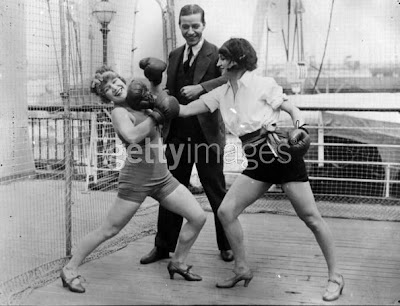 If Cuir Mauresque (his other "leather" and this year's limited edition export of the Paris exclusives, scheduled for a late 2010 launch) recalls a "Peau d'Espagne" or Cuir Ottoman sensibility, Boxeuses is restrained enough in its opulence to be closer to a Cuir de Russie type or Tabac Blond (the pyrogenic coupling of acidulous notes and styrax with birch) and similarly genderless, despite the name. The leathery and spicy facets of Boxeuses come to the fore immediately, on one hand an anisic tinge recalling licorice and classic French perfumery, on another an incensy feel with cinnamic facets recalling Serge Noire. The sticky plum surfaces next, not sacharine but shaded with violet, rounding out the fragrance alongside smoky woods and milky soft musk with a smidge of dark cocoa, sustaining that impression with medium sillage for a long time.

To those forlorn, after the launch of Nuit de Cellophane, then L'Eau Serge Lutens and even of Bas de Soie, claiming Serge was "softening" and much like Alexander the Great allowing himself to adopt the customs & sensibilities of a completely foreign aesthetic, Boxeuses is a punch in the nose. Like Australian boxing film sensation Girlfight (2000) proclaimed, Lutens attained the unexpected through the most expected way: "Prove them wrong!"

For our readers, 5 samples of the exclusive Boxeuses will be given out of my own personal bottle. Tell us WHY this scent sings your name in the comments and I will pick 5 winners. (Draw is open till Friday 24th midnight). 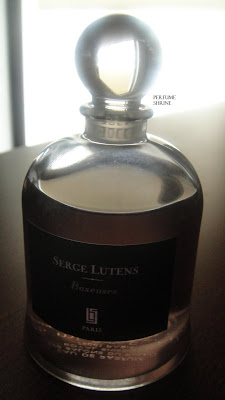 Serge Lutens Boxeuses forms part of the Paris exclusive line, available as 75ml of Eau de Parfum in the bell bottles. The packaging has been slightly changed (ever since the launch of Bas de Soie last July actually) and the bells are not sealed so as to protect contents from spillage and tampering. It retails for 120 euros at Les Salons du Palais Royal in Paris.
Related reading on Perfume Shrine: Serge Lutens reviews & news, the Leather Series