Break This Bittersweet Spell on Me ~Douce Amere by Lutens: fragrance review 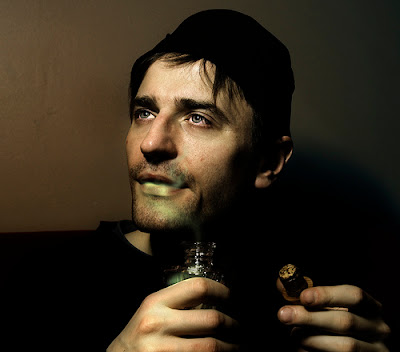 Douce Amère's sonorous name, meaning "bittersweet" in French, brings back memories of childhood with a Prustian rush: the precarious balance of bitter and sweet like a poisonous plant, like bitter sightshade; the smell of danger and dare of a bitters sip coupled with the comfort of a vanillic dessert consumed long after playing truant and getting grounded for it. Or even the strange macaroon-style cookies my mother baked comprising of coconut, dusting sugar and strong ouzo: a recipe concocted in hell, I'm sure, but tasting like a fresh slice of heaven. Bitter food and drink have the perverse tendency to make you yearn for them several years later and this is no exception.

Yet Douce Amère remains one of the most underappreciated fragrances in the Lutens oeuvre for some reason, even though it came out in 2000; 8 years ago, enough time to make its mark and lure in accolytes.

Jean Poiret, a French actor and playwright who wrote and starred in the original 1973 Paris production of La Cage aux folles, is the author of Douce Amère , a comedy written in 1970.
However upon looking around a bit, I also found another synonymous theatrical happening:


"[...]Madame Douce-Amere (Mrs. Bitter-Sweet) is a female Marcel Marceau, whose curious antics and invisible dog take her beyond the walls of her home and into the laps of the audience. Madame invites you to help yourself to her hot chocolate and cookies and then sit back to watch the fun".

I am not sure if Serge Lutens was inspired by either (or even by the Solanum Dulcamara "nightshade" plant) nudging "nose" Chris Sheldrake into embottling the satyrical and funny along with the poignant. But it would have been interesting to contemplate that he would. His fragrances often evoke heavy costumed dramas to me, with secondary actors in the wings, getting a quick turn on the stage for some precious moments before they disappear like in a Euripedean episode.

Cinnamon fondles the herbal constituents of Douce Amere into submission while the naughtier peppermint-like accents along with what seems like citrusy oils raise their naughty head from time to time in wistful yet tantalizing temptation. The medicinal opening of aromatic wormwood -the plant that gives absinthe drink its green pungency- belies the hedonistic, Epicurian progression into a velvety gourmand meant for gustatory appraisal. Soft, woody accords finish it off in a kiss of sweet departure.

In a way, Keiko Mecheri's Paname is a poor man's substitute for Douce Amère (and the line has been criticized for drawing heavily on the Lutens line for inspiration). They have a very similar start, but ultimately the Lutens fragrance remains more compelling. Paname has a sharper, more astringent tone with heavier sweetness in the coda, unlike the infinite tenderness of the Lutens's base.
The liquorice feel of Douce Amère also recalls a grown up, tipsy Lolita Lempicka after a round of absinthe cocktails; while its sweetness is vaguely reminiscent of the pudding notes of Casmir by Chopard, although much more airier, less clotted.
Unlike many in the Lutens canon, Douce Amère never veers into the amber highway to the orientalised Silk Road and remains an enigma, perched like a Prodikean Hercules on the brink of two roads. Or one party of unrequited love with equal parts happiness and despair.


Douce Amère comes in a 50ml/1.7oz bottle of Eau de Parfum and is available through Aedes, Luckyscent, the Perfume Shoppe, Escentual.co.uk and select department stores around the world.


The title of the post comes from the song "Bittersweet" on the clip above.

Clip: Apocalyptica featuring Ville Vallo (from HIM) and Lauri Ylönen (from The Rasmus) "Bittersweet" , originally uploaded by xxtasteofinkxx on Youtube.
Pic Scent of Green by Bolandrotor/Flickr.
*Share with link: Friday, April 11, 2008