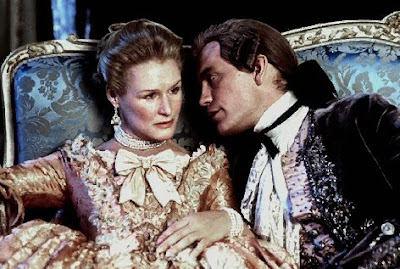 "L’Oeuvre Noire" (The Black Masterpiece) by Kilian evokes a Faustian atmosphere that casts an iniquitous alluring spell, pervading the spirit and senses, while transporting the soul to nirvana. Inspired by a search for perfection, the poetry of Rimbaud and Baudelaire, as well as the lyrics of modern day poets like Pharrell Williams and Snoop Dogg. The black masterpiece "by Kilian" is revolving around ingenues, artificial paradises and Parisian orgies". With a rather pretentious manifesto as the above (surpassing even the Nasomatto one) and the coronas by Turin on perfumer Becker's work (she of J'adore, Tommy Girl and Beyond Paradise notoriety), is is any wonder it took me so long to review any of the By Killian fragrances? Even Killian Hennesy himself noted in a small interview by Mffan310: "The two perfumes that Sidonie Lancesseur created for me, Straight to Heaven and Cruel Intentions, got only two out of five stars, whereas the ones created by Calice Becker all got four stars becuase he loves Calice Becker's creations. Still, I welcome perfume critics... the industry needs more of them. Look at movies: what if there was only one or two movie critics, all giving the same films the same ratings? That's why I welcome more critics."
Having spent a good part of summer testing and re-testing some of them and spurred by a reader's recounting of how one worked on a particularly sensitive moment of his life recently and questioning my hitherto silence, here I am trying to be fair to a collection of varrying degrees of comptence. After all, like Yourcenar used to say "There's no reason to fear words when one has consented to things."

Killian Hennesy, the admittedly very handsome and privileged grandson of the LVMH Group founder (Louis Vuitton Moet Hennesy), grew up around the family's (excellent, btw) cognac reserves and studied Information and Communication Studies in the Sorbonne, becoming interested in the intricacies of odour semantics which brought him into work for the luxury houses under the LVMH umbrella. The progression to his own niche line was but a small leap away and luckily for us he spared no expense on raw materials which is always a good step in the right direction.
The L’Oeuvre Noire portfolio currently includes 7 fragrances, the first 6 intended to be juxtaposed in a play on a common theme: Liaisons Dangereuses, Cruel Intentions, , A taste of Heaven, Straight to Heaven, Love, Beyond Love and the newest Prelude to Love.
The presentation is in black taffeta with a black tassel and the shield of Achilles (!) to protect from harm ~coincidentally and for their information, according to the Iliad the shielf of Achilles was made from several metals and contained anthropomorphic depictions. Perhaps the most intriguing aspect is that the bottles can be refilled through the barrels that contain a 1L reserve of the precious juice, once you have purchased the original bottle.

Liaisons Dangereuses (Dangerous Liaisons), tagged "Typical Me" is composed by Calice Becker like most of the line's fragrances and was inspired by the homonymous epistolary novel by Pierre Choderlos de Laclos, first published in 1782. The novel was adapted into film by Roger Vadim (1959), by Miloš Forman (1989) and -the best known version- by Steven Frears (1988)as well as a rather abysmal TV adaptation featuring Catherine Deneuve and Rupert Everett (Perhaps this link might be of interest to those who want to compare). Then again the plot was twisted into a modern younger spin set in NYC in Cruel Intentions which is sardonically the name of the mirror scent By Killian, with the tagline "Tempt Me". Although both intended as a continuation of 18th-century libertine tradition to symbolize transgression, the pleasures of the flesh and defiance of prohibitions and conventions, the scents themselves do not lend themselves to orgiastic proclivities. 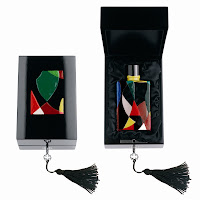 Liaisons Dangereuses is not a dangerous or evil creation despite its connotations. Centered around a very sweet rose aroma with the richness and incadecence of fruity liqueur in crystal tumblers, it possesses fruity chypre tonalities but without the dense, overripe feeling of the traditional peachy-plummy bases (Persicol) like in Femme, Diorama or Que sais-je by Patou. Instead the fruity aspects are interwoven into an almost gourmand jammy effect that is light, with the surprising hint of sugar-dusted Turkish Delight, and quite trasparent denoting a resolutely modern composition that sings its notes in unison. There is no obvious spiciness or animalic muskiness, nor is there the emerald background of a forest's floor; nevertheless the fragrance lingers for a long time melding with the skin pleasurably. The traditional feminine ideal of rose has always held me in check because I find it unimaginative and not particularly human-like the way indolic white florals or even anisic (lilac, cassie) and spicy ones (carnation, lily) reference the intimacy of feminine skin and its secretions. Rose as an erotic symbol stood as the triumph of optical semantics, and possibly tactile, in the very field (blossoms) that I always felt should be left to the olfactory. And yet, there is no doubt that Liaisons Dangereuses is glowing its cherubically smooth cheeks in a Watteau painting, not "redolent of an alcove inhabited by languid lovers".
The fact that conversely to the film in the novel Marquise de Merteuil ends up disfigured by pox, a fate considered much worse than having her reputation tarnished, is but an otherwordly notion in the frame of Liaisons Dangereuses By Killian: there is no way one could picture this as anything but pretty and certainly it is not "typical me". 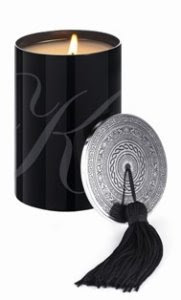 The line will be completed upon reaching the goal of 10 fragrances, whereupon there will be another By Killian collection on a different concept.

One sample will be offered to lucky reader! State your interest.