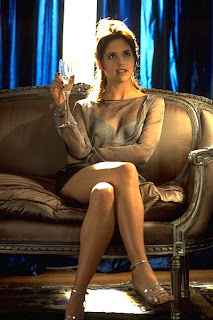 Cruel Intentions tagged "tempt me", along with Liaisons Dangereuses, is part of the Parisian orgies unisex duo, meant to denote a source of desires, transgressions and pleasures of the flesh. The fragrance was composed by Sidonie Lancesseur and inspired "by the warm, enfolding, balsamic notes of oud, a legendary wood whispered to be worth more than its weight in gold". Of course when it actually comes to revealing the actual components, the brand has the decency and -to be applauded- honesty to admit there is an agarwood accord. Accord is perfume-speak for the combination of more than one ingredients to produce a sum larger than its parts, a co-existance that sings together to produce the odour impression of oud/agarwood.
Not everyone who does "oud fragrances" dares to admit so!

But what is oud? Let's explain and dispell some myths. Agarwood is the resinous heartwood from Aquilaria trees (predominantly from Aquilaria malaccensis), evergreens native to southeast Asia. As they become infected with mold (Phaeoacremonium parasitica, a dematiaceous fungus) they compensate by producing an aromatic resin. Thus the growing of the infection results in a rich, dark resin within the heartwood. That resin is known as gaharu, jinko, aloeswood, agarwood, or oud/oude/oudh, valued in many cultures since antiquity for its distinctive aroma ~terribly complex with nutty, musty-earthy undertones redolent of undergrowth. However oud is prohibitevely expensive, even for niche and ultra-expensive brands and quite rare, which raises questions as to how so many fragrances can claim harnessing its complex bouquet! One of the reasons for the rarity and high cost (above $62,000 cash for one kilo) of agarwood is the depletion of the wild resource: Since 1995 Aquilaria malaccensis has been listed in Appendix II by the Convention on International Trade in Endangered Species of Wild Fauna and Flora, while in 2004 all Aquilaria species were listed in Appendix II, even though some countries have reservations for the latter listing. Middle Eastern or French perfumers seeking oud at source must establish ginormous bank funds in the pertinent countries, because governments are aware of the trade capitalizing on it. Additonal obstacles arise from the sheer reality of harvesting: Dead infected wood cannot be distilled and heavily infected live wood is not worth it as the wood itself is so more pricey. Thus the only wood distilled is live. Distillable wood is only good for a few months on the other hand, as the essential oil cells dry out, making oud a stratospherically expensive business.
Besides there are also grades within the product: The highest quality comes from the tree's natural immune response (known as agarwood #1) while an inferior resin is rendered by deliberatily wounding aquilaria trees (agarwood #2, within which there aslo several grades of quality). Adulteration is not unheard of either, according to Tryvge Harris. The average oud available in the US will have changed hands at least 10 times (!), while rumours abound about Chinese factories who churn out beautiful but fake product ~made of the lowest possible grade agarwood soaked for a month in synthetic (European manufactured) oud. It's also worthy of note that Arabs are not that concerned with purity as might have been supposed, instead focusing on the pleasure principle the aroma brings.
Some years ago (well, ever since M7 by Yves Saint Laurent at least) there have been ways to approximate oud's odour profile by combining ingredients with ambergris, jasmine, earthy and woody facets. Therefore a tsunami of oud-centered fragrances flooded the market (yes, Montale, I am looking at you!). Precious few companies do use the natural distillate, Zeenat and Amouage among them. It's all worth keeping in mind when faced with claims about oud/agarwood included in your latest niche bottle! 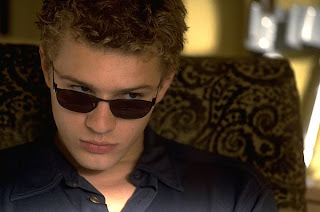 At least, like noted above, by Killian is honest about it. On the other hand most of the other ingredients they include are top-notch: the castoreum, styrax resin, Centifolia rose (May rose) and vanilla are all natural absolutes imparting a rich vibrancy, while the bergamot oil comes from Calabria, a region that has been declining due to the the material being slowly substituted for cheaper locations' product.

Cruel Intentions is not terrifically oud-like, yet it has a bittersweet facet that can be interesting to see flesh out and indeed, contrary to the grand ball room of Dangerous Liaisons, it offers a panoramic vista of notes evolving out of the bottle in quick succession: Opening with discernible bergamot with its refreshing yet sensually complex attribute; the sweet combination of violet and rose very smoothly blended; an earthy-musty phase that might be due to the violet accord in combination with the woody-grassy elements of patchouli and vetiver ~or it might not; and a creamy leathery impression that persists for a while, wearing itself closely to the skin. After all, the vogue towards woodies has breached into the mainstream as attested by the dubious Magnifique and the innofensive Secret Obsession and I predict it will continue its course for a long, long time.
Alberta Ferretti, the Italian designer with her own portfolio of fragrances, admits to Luckyscent to be smitten:"I love it's {sic} homage to old-school glamour and that it comes in a beautiful black case with a lock and key". I can't say I am equally struck. For those prices I expect something which will rock my world and make me abandon everything I do to pay closer attention to the microcosmos playing tiny strings' sextets on my wrists as I go about my day. Still Cruel Intentions is not as confused or undecided as other authors have made it out to be, although not dangerous by any stretch of the imagination, and if you happen upon a sample or a decant it is an interesting fragrance to investigate on closer quarters.

And if you want to see what the hell is this "Cruel Intentions" stint, click here, here and here. 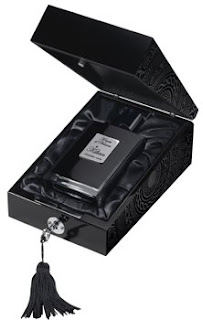 Pics from the film Cruel Intentions through cswap.com and of box presentation courtesy of By Kilian
*Share with link: Thursday, October 09, 2008