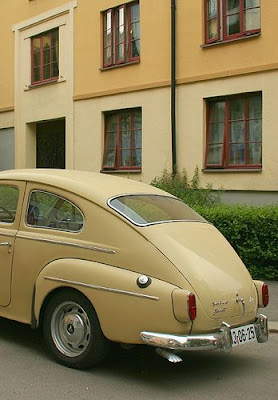 Beige evokes different things for different people: from the suave to the anodyne all the way to lackluster, it is a neutral nuanced enough to escape the unambiguous reactions to black or white. Although the adjective has degenerated into invoking a blah response in the current vernacular, beige can be approached with the silent admiration that a honey-blonde with golden skin clad in a basic trenchcoat and heels can provoke in those of us with an eye for such things. Beige is thus baptised the new fragrance by Chanel to join the upscale line Les Exclusifs, modern compositions that interpret the olfactory heritage of Chanel to varying degrees. In house perfumers Jacques Polge and Chris Sheldrake envisioned a litany of shades for a completely new interpretation of an old rarity: Beige by Chanel was one of the rare vintage fragrances that hark back to the days of Gabrielle Chanel herself and formed a holy triad: Rouge, Bleue, Beige, inspired by her collection of dresses in red/blue/beige in jersey but also echoing the triptych of the French flag colours.

Coco turned beige into a symbol of elegance: "I take refuge in beige because it's natural". I distinctly recall that over a decade ago, this was used in the advertising surrounding the release of Allure Eau de Toilette (a different composition than the monodimensional vanillic indulgence of the Eau de Parfum). Contrary to usual packaging practices at Chanel, the box was not in the traditional white of the numerotical fragrances No.5, No. 22, No.19 or of Cristalle. Nor was it the arresting black of baroque oriental Coco: it was beige! At the time the press release insisted that the choice had been made exactly to pay hommage to one of Coco Chanel's favorite colors. 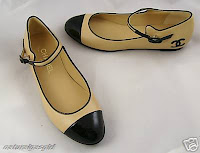 Perhaps the most successful and discreetly seductive use of beige has been in Chanel's trademark two-toned shoes, originally conceived as slingbacks in 1957, which she called souliers. Raymond Massaro, the shoemaker attached to the house, along with his father, was responsible for production at that time. Beige provided optical lengthening of the calf, while the black, slightly sqaure toe shortened the foot, making feet look dainty. Their discreetly fetishistic sensuality is ladylike, alluding to nude smooth skin without any trace of vulgarity. It makes me think of images of Jean Shrimpton in Melbourne, ladylike prim in her minidress and two-toned Chanel flats, and the tactile curves of suave luxury cars. Exactly what Beige by Chanel is all about!

Hawthorn or aubépine, the leitmotif in Beige, is rendered synthetically in perfumes for several decades. Produced via anisic aldehyde* (p-methoxy benzaldehyde) it has been sublimely woven into the gauzy cloth of Après L’Ondée by Guerlain (where it sings along with heliotropin), which Beige indirectly references. The fluffy, almondy "note" is also used in many contemporary fragrances, from the top note allied to violets of Paris by Yves Saint Laurent to niche offerings L'eau d'Hiver by F.Malle and Daim Blond by Serge Lutens. This shady, dusty smell that borders on a wistful gourmand resembles the tender caress of a godmother fulfilling much anticipated wishes. Much like the latter fragrances Beige resolutely eschews retro allusions to enter the territory of modern compositions. Sketched around this core the sparkling, fresh, lathery ambience of a note that resembles lily of the valley synthetic approximations and the discreet garland of tropical blooms frangipani and ylang-ylang -alluding to No.5 Sensual Elixir- reveal a creamy sensuality gaining momentum slowly.

But the most surprising effect of Beige (and I am astonished I am the first to notice it) comes when you have waited for it for a couple of hours to dry on skin or blotter: the final accord is very much that of Infusion d'Iris by Prada! The woody powdery effect resembles Ambré 83, a sweet base produced by Laboiratoires De Laire that focuses on benzoin, vanilla and honey, diluted five-fold. De Laire, founded in 1878, is famous for producing among other things the bases Prunol, Bouvardia and the infamous Mousse de Saxe for parfums Caron. Ambré 83 is the perfect bridge for perfumes with rich floral parts, such as L'eau de Circé by Parfumerie Generale and sometimes contributes to the linear effect of fragrances. Beige sustains the powdery woody effect for a long time, although it might benefit in terms of initial emotional response if made into a denser concentration, such as extrait de parfum.

If Chanel aimed at providing an instantly approachable, modern and restrained fragrance, they have undoubtedly succeeded. Much like Infusion d'Iris, with its feminine flounces coupled with masculine sparsness, Beige will appeal to women and men alike, floral-lovers as well as floral-haters and will prove to be a best-seller. Personally I would have liked if it included the black toe of the Chanel shoes that provides the arresting counterpoint. But for that I can revert to the more individual smokiness of Sycomore.

Beige bu Chanel comes in the austere bottles of Les Exclusifs, in 200ml of Eau de Toilette. It's currently a Saks exclusive but later will be featured in all the usual places where Les Exclusifs are exclusively available.

*Anisic Aldehyde results upon oxidation of anethol which is contained in anise oil, star anise oil and fennel oil. It's also present in the extract of Tahiti vanilla and in Roman and French cassie blossom oils.