I admit it: It took hard work on my part to appreciate rose for what it is and to familiarize myself with the better grades of rose absolutes and fragrances that highlight this noble material. But let's take things at the top: Why did I have any trouble with rose in the first place? Bad associations is one thing: toilet freshners and dusty pot-pouri left standing for ages have not done much to make rose an appreciated note. But it went deeper than that. 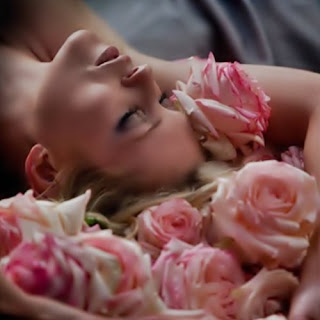 I had always pictured rose lovers as romantic creatures (but a specific type of it that differs from what I embrace) who love interiors dressed in ice-cream pastels, dresses with lots of chiffon and lace in pretty, feminine shades of pinks and salmons, hair up in disheveled buns, leafing through retrospectives of the New York City Ballet. They adore being offered flowers on a first date, get treated to a dinner at a posh restaurant and can watch a rom-com anytime. Their china is patterned with tiny flowers edged in gold, their jewlery is dainty, pretty and vintage girly. They cherish Jane Austin and find the money-related matrimonial wannabe woes of the heroines utterly charming. Perhaps they have been dreaming and planning their wedding ever since they knew how to talk. It recalled instant Victoriana to my mind, even if Austin's more Empire really if we're to be period-appropriate. (Call it typecasting. Call it prejudice, if you prefer, you're probably right anyway). 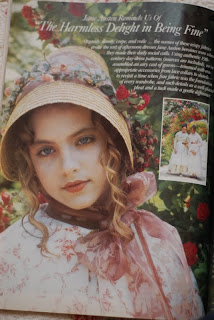 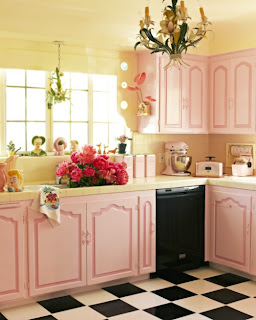 I am none of those above things, for better or worse: I always prefered the Bronte sisters' dark and gloom, I dress in dramatic black and white (or red!) with bold accents of jewels when the mood strikes, firmly prefer wood & baroque interiors to "pretty" things and detest frou frou in almost everything. My china bears simple platinum meanders on the edge and nothing else and I didn't have a wedding plan in my head until I actually really, really had to. I equate romanticism with gothic literature, strong passions damaging everything in sight and Chopin préludes, preferably visualising the composer coughing up a bloody storm under that damp roof in the Majorca. Not a pretty picture, eh?

So I considered it natural that roses -and rose fragrances that replicate the scent of the flower- didn't hold much appeal on me. And yet, there was definitely rose in several perfumes which I found irresistible from a young age on: Paris by Yves Saint Laurent for one, with its violet-laced delectability, making the rose powdery, soft and tender as a feather or a sweet young mother's embrace. Or et Noir by Caron is full of it. Chanel No.5 also has lots. I had been presented with rose otto from the Bulgarian valley of the roses when in elementary school (gift from a relative who visited) and was hypnotized by the lushness.
I later read all about damascones and damascenones, ingredients which give fruity nuances of apple and plum to roses and a fluorescent glow. I had smelled roses deeply and compared with the differing essence rendered which resembles liqueur or powder or sometimes wine and marvelled on the facets of artichoke peaking! Somerset Maugham had likened rose's splendor to such a poetic concept: "Beauty is an ecstasy; it is as simple as hunger. There is really nothing to be said about it. It is like the perfume of a rose: you can smell it and that is all." I had to explore more...

Of course Sommerset Maugham was English. Does this bear any relation to my quest? Plenty, as you will see.


I also always pegged rose lovers as decidedly Anglo-Saxon, you see (that Liberty style print had no doubt influenced me profoundly, as well as the expression "English rose" for pretty UK ladies), with the corresponding flaxen, auburn or chestnut hair and peaches n'cream complexion under northern lights. What could this "clean", pretty look have to do with my striking black on fair contrast under the blinding Med sun? I admired Guerlain Nahéma, which was more my speed by all accounts, but somehow it seemed too intrusive for what I considered the last bastion of mystery, perfume... I had never actually met a grown woman in my culture who was crazy for roses anyway, nor did I meet anyone else for that matter outside that group who did.

But English and American (and a few Australian) women I got to know were really bent on roses and this made me think. Long and hard. Why is it that such a difference exists? And why are several young women so averse to roses? It is indeed a prefered scent of grannies, who do have a penchant for Victoriana, one assumes because it reminds them of a glamourised time when they saw their own parents as demi-gods. How come Stella by Stella McCartney is such a popular fragrance in the 20-30 age group nevertheless? (This is the same mystery as young women theoretically not liking "powdery scents" and yet going ga-ga for Kenzo Flower or DK Cashmere Mist!) And why is D&G Rose The One targeted to young ones? Francis Kurkdjian has practically built a career upon selling roses to the young, given them his gleaming sheen trademark. Surely they should be enough interest from a significant sector in the market to guarantee houses as the Parfums de Rosine -with its illustrious historical name and its pleiad of variations on the rose- to flourish.

Alberto Morillas gave me a partial answer to that question when he presented Valentina de Valentino, explaining why the fragrance didn't contain rose even though Valentino himself uses it as a motif a lot: "Honestly, it's not easy to make roses 'young'," he shrugged. "It's a scent often associated with older ladies and jasmine is far younger. And although you do have roses in Italy, it's not really the essence of the country." 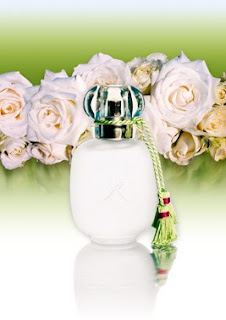 So, two factors then: Geographical location (my juvenile hypothesis had some substance after all) and age grouping. I don't know if it's a sign of maturing on my part, as the passage of time has made my stance towards roses more elastic, or really my persistence on overcoming this hesitation; but it could be both. More than a mere matter of chronological age, it might have to do with the maturing process of realizing what one categorically rejected during their teen "angst" years and the "mapping identity" early 20s, one is more lenient on accepting later on.

Therefore apart from the "bastard" roses which I always found intriguing and beguiling despite myself, such as Voleur de Roses by L'Artisan Parfumeur, Rose d'Homme by Parfums de Rosine, Rose Poivrée by The Different Company,  Une Rose Chypree by Tauer perfumes and Epic for Women by Amouage, I began to find myself attracted to sheerer, more tender, less artsy, well, rosier(!) fragrances. After all rose can take on myriad of nuances: from soft and powdery, to childlike and tender, to green with a hint of the dew on the leaves, to nectarous and honeyed and fruity, passionate and full, all the way to dark, angular and gothic. 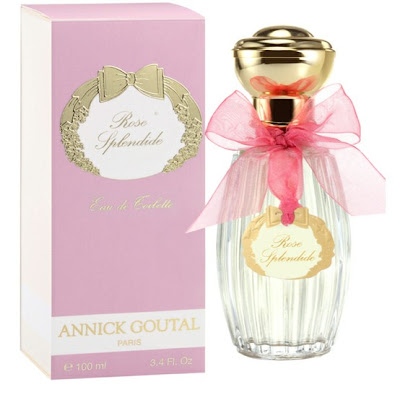 I discovered the Annick Goutal rose fragrances Rose Absolue, Rose Splendide and Quel Amour, the whimsical little sister to the violet-rose combo of Paris in the charming Drôle de Rose by L'Artisan Parfumeur, the stupendous Lyric by Amouage, the greener and softer nuances in Rose Barbare by Guerlain. Briar Rose by Ineke. F.Malle animalic and "femme" Une Rose. The lovely and very true to a budding rose smell Rose 4 Reines by L'Occitane. The green & citrusy grapefruit tinge of Rose Ikebana in the Hermessences.
It seems have managed to overcome my fear and trepidation (hurray!), studying and playing with this regal blossom that yields such extraordinary results.
And then I come across such a different, iconoclastic take on rose such as the spicy, intense Cinabre by Maria Candida Gentile and I realize nothing's changed really: you can't get the poésie romanesque out of the girl, even if you add some mainstream, expected romance to it.

And what about you? Is there a perfume note or material which you have been battling with for some time? I'd love to hear your stories!