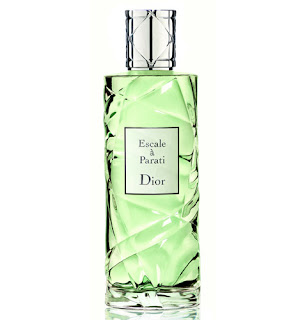 Escale à Parati by Christian Dior finds its inspiration in Brazil; not coincidentally, taking in mind that Brazil is the most rapidly growing fragrance market (remember the launch of Batucada by L'Artisan Parfumeur?). Parati (or Paraty) is an historical tourist town in Brazil, situated on the Costa Verde near Rio de Janeiro.
Dior's Escale à Parati is meant to be shared between the sexes, providing a light air inspired by the Costa Verde and its atmosphere of fun, dance and music. The fragrance includes citrusy and woody notes of bitter orange (bigaradier), lemon, petit-grain, rosewood, mint, cinnamon, red berries and tonka bean.