Indie perfumer Andy Tauer gets inspired by music scales into arranging his newest line of fragrances we're exclusively previewing on Perfume Shrine today on pentachords, that is to say 5 consecutive notes on the diatonic scale. Pentachords® by Tauer Perfumes (White, Auburn and Verdant) are arranged as elusively simple, but not simplistic, harmonies resembling rather pentagram chords: the whole only becomes powerful when each part falls into place. Or think of a pentagram in the place of the classic French fragrance pyramid; "an accord that changes from one corner of the scent’s pentagon over time". 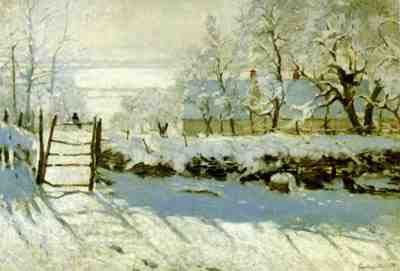 In a way it's minimalism and music theoretics pushed to an elegant extreme, a concept that is refuted by some; Tauer's bravura if successful, a big risk if not. "The compression and limitation an incentive" as he says. How many ingredients are necessary for a satisfying perfume? Tauer can whip up something with only five molecules and the results are satiating enough to fool you into believing there's more than meets the eye; kinda like full-cream premium ice-cream composed by only a handful ingredients, instead of tons of frilly additives.
Andy envisioned them (back in February 2009)  like "a fragrance built around 5 pillars. The line of thought moved on towards a pentachord fragrance. A fragrance, or an entire line of fragrances, built with 5 components only that are one chord, a pentachord." [...] "For me, this is art in its purest form: mirroring nature, bringing it into a concept, and by doing so thinking about it and invite others to think about it and enjoy it."

The long-lasting nature of the Pentachord fragrances (easily 10 hours or more) also speaks of picking elements with deft selection: sorting out the formula must be difficult when you have to ditch something that creates a striking effect, but doesn't translate well in structure or tenacity, and vice versa. You also have to choose good, expensive ingredients to yield their best properties into the concept. Lovers of the familiar Tauer signature will find things to like, especially in Auburn, which takes the ambery depths of his more resinous fragrances to date (Le Maroc pour Elle, L'air du desert Marocain), but I predict he will get new fans in Verdant and White which present striking effects poised between lightness and darkness. They both made an instant impression on me due to their juxtaposition of freshness against meaty earthiness.
All of them could be worn by either sex easily, though you'd have to like soft, gentle fragrances to appreciate White and to handle the metallic-woody top notes of modern masculine fougeres to unlock the secrets of  Verdant. 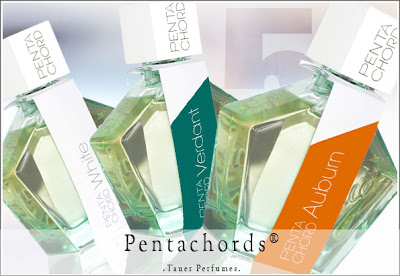 The flacons for the Tauer Pentachords follow the pentagram design he already has introduced with Zeta, Orange Star and the rest of the latest releases, but in transparent glass with varying hues of coloured labels in white, copper and petrol green. The Pentachords line by Tauer Perfumes is only available at Campomarzio in Rome at the moment. They will launch more widely after the Pitti fragrance exhibition in September 2011.

Painting on top by Claude Monet. Pic of bottles via duftarchive.de In the interests of full disclosure, I got sent trial samples from the distributor.
*Share with link: Thursday, July 14, 2011