Just when we were lamenting the death of Opium, the fragrance by Yves Saint Laurent which marked our youth and stayed the course as a faithful companion, Yves Saint Laurent is busy issuing new marketing tools introducing us to the "new" Opium. 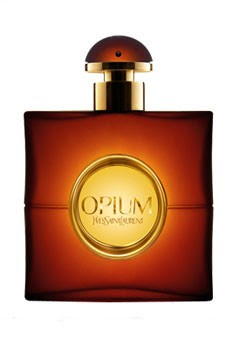 "New", because reformulation was necessary due to the IFRA restrictions on spicy ingredients (eugenol and iso-eugenol) which were necessary into the creation of the carnation heart of the memorable modern classic from 1977. If you love the older, richer bouquet with its characteristic pressed linens accord and carnation spice, stock up. I have because I love it so. [click for review]

In the new site What is Your Opium we're not spared any truths. It's up there in black and white: "This week Yves Saint Laurent unveils an addictive new fragrance. Crafted by renowned perfumers who found inspiration in a modern floral oriental. A scent born from a thousand inspirations".

They go on to reveal that each day will see a new feature or video involving the inspirations behind the fragrance, especially to the noteworthy perfumer Honorine Blanc (mentored by Sophia Grojsman) who was working on the scent for four years and talks about what she notices in the video. And they invite consumers to join: "To fête this modern elixir YSL will host an exclusive event in New York City on June 17th. Each day we’ll take you behind-the-scenes to meet the people creating this extraordinary soirée. They’ll share their inspirations and below we invite you to share yours. Tell us what inspires you". There is also a launch party, which according to Twitter, Alexa Chung and Alexandra Richards will be spinning, and rumored guests include hipsters like “The Cobrasnake” Mark Hunter and model Cory Kennedy. Todays' teaser on the Opium site has a video of the preparations. Obviously blogs are the new teasing tool for big companies to create Internet buzz.

Yet, the old is now most officially proclaimed dead...Whan Honorine talks about in the vid, "When a fragrance comes on the market, it's unique, it has its own signature, it's a true fragrance...it stays forever", sounds ironic.
Never before has a death being banged about with brass playing upbeat, inspiring military tunes!

Edit to add (19th June):
Dear sirs at YSL communication, if you're issuing something "new", old, revamped, whatever, it would be best if you were absolutely clear about what that thing is unless you do want us confused. To witness, the first email communication I got read:
"Hi,
Just wanted to send over a note letting you know that yesterday afternoon YSL launched a blog to help celebrate the release of their new Opium fragrance.The link is here: http://www.whatisyouropium.com/Each day on the site there will be a new bit of content released leading up to tomorrow's launch party and then following up on the event a few days afterward. Today, you can watch the 'setting the stage' video to see how the party is coming together. Hope you enjoy."
Now, a day later, they send this (please note how there was no mention of name in the above, while there is one now):
"Hi!
If you haven't already seen coverage from last night's YSL party be sure to check out today's Belle D'Opium blog post with event photos: http://whatisyouropium.com/day_after/And not long from now The Cobra Snake photos will be live online too".

I mean, geez, Belle d'Opium! Can you be any more misleading and contradicting? Is this a new flanker, like the summer editions? Is the whole campaign utterly confusing or what?

The bottomline is the old Opium HAS been reformulated to its detriment, as attested by many fans. That doesn't change, no matter how it's marketed.
*Share with link: Thursday, June 17, 2010