Contrasting Clair de Musc to heavy-lidded, grimy and intimate Muscs Kublaï Khan by the same house, they couldn't be furter removed from one another in either concept or execution: Celestial creaminess on the one hand, afterglow raunchiness on the other. One feels platimum white, the other tawny. 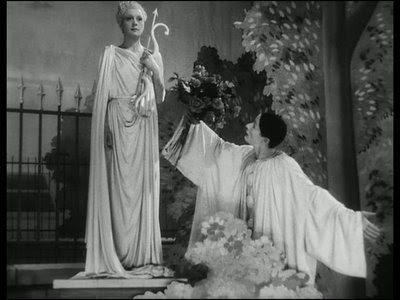 Clair de Musc is ~atypically in the Lutens canon~ an angelic semi-vegetal musk (ambrette seed alongside synths, Habanolide I would wager); aldehydic, yet not totally soapy (Fleurs de Citronnier has a soapier musk base) neither "sharp" (à la L'Eau par Serge Lutens). It twists the idea of musk into an ethereal version of talcum-powdered chubby-peachy cheruvim with a floral underside, hold whatever "dirty aspects" i.e. indoles those flowers initially possessed; a skin-scent of juvenile, crisp flesh which almost "cracks" underneath the teeth. Which might explain why men love it on women. In our eternally seeking the youthful culture, Clair de Musc is a seduction that doesn't pose as seductive: The "innocence" of shorn pubes...but without a iota of crassness or malice.

In formula terms, there is a clear reference of aldehydics and florals of the past, intertextuality scatterings amidst the authoring, of which perfumer Chris Sheldrake surely was fully in control: the luster of both Chanel No.22and No.5, the cool vibrancy of powdered class of Iris Poudre by F.Malle, even the drydown phase of Le Male by Jean Paul Gaultier (a cologne formula almost entirely comprised by musks anyway)

For what it is, a delicate "white musk" composition, this Lutens creation issued in 2003 can be deemed overpriced, as there are indeed lots of musks of that concept (albeit not exactly of that stature, this is smoother than most) across different price points. And it is no match for more complex musk fragrances such as the delightful and lamentably discontinued Helmut Lang. It is superb for layering purposes nevertheless, if you're after that sort of thing, and it is among the easiest to approach in the eclectic Lutensian portfolio. However, my own personal preference is always the dirtier, cosier brother with the heavily-bearded visage, Muscs Kublaï Khan...

Although to any lover of classical music the instinctive association would be with Claude Debussy's Clair de Lune, I chose a different, less troden path, which is none the less evocative: "Dance with my own shadow" from Gioconda's Smile album by Greek composer Manos Hadjidakis. (set in a beautiful video by Omiros2)

Clair de Musc is part of Serge Lutens export line, fragrances carried at select stores around the world, presented in the familiar oblong bottles of the brand.