Oudh seems to be THE major trend in perfumery and as recently as this season we have two launches featuring it, the excellent Epic by Amouage and the shortly launching Al Oudh by L'Artisan Parfumeur. However, the market is becoming so increasingly busted by oud-this and oud-that that a closer examination of truths, rather than claims, is needed. Only if you have been living under a rock, have you not read a hundred times already that oud/aoudh/aloeswood is the aroma-rich prized resin produced by the pathological secretion of Aquillaria trees when attacked by a fungus.
Nevertheless, much as the ad copy circulating and the articles in glossies insist, there is a mythology built about oudh in western fragrances which doesn't exactly justify the tsunami of oud-based fragrances launched in the past few years. Several fragrances which feature notes of oud in fact use a synthetic substitute in lieu of the extra-expensive, ultra-rare ingredient: It was a mere consequence of the eternal law of offer and demand. That's how a designer scent with oud "notes" (YSL M7) even became possible. So many fragrances on all price levels as we will see below simply cannot be based on real oud.

Synthetic Oud in the Majority of Perfumes you say?
Even if the whole Southeastern jungle is eradicated in its pursuit, as apart from endagered, the mere process is so time consuming (often necessitating HUNDREDS of years for the noble rot to manifest itself sufficiently in the wood that produces the essence) that it's a logical impossibility. By Kilian freely admits using the synthetic, to their credit.
Firmenich, the aromachemicals giant, has a nicely rounded synthetic base, the Oud Synthetic 10760 E. Seriously hip niche brand Le Labo uses it in their Oud27. Interestingly the material bears some sentising dangers which might bring it into axing under a future IFRA Amendement perfumery restrictions policy.
Givaudan also have Agarwood Orpur/"Black Agarwood base" which is another product used to substitute the golden nectar in fragrance releases, reflecting the particular scent of burning Agarwood chips and amalgamating ambery, olibanum and balsamic nuances. 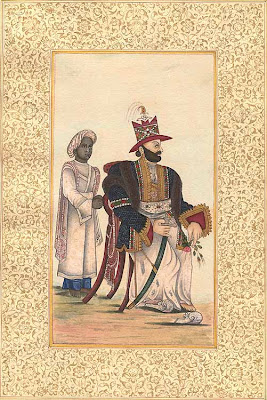 Somehow the above facts makes the price asked seen under a completely different light!Le Labo are not the only ones to employ these synthetics: Several fragrances have the discernible fingerprint of those aromachemicals all over them (Tom Ford Oud Wood uses Agarwood Orpur by Givaudan for instance, same goes for Bond No.9's offerings)

If the pace of using oud synths escalates everyone will be wearing "ouds", the way at some point they wore acquatics or gourmands a total defeat of the purpose of "coinnoisseurship" which is so brandished in the oud-selling game. Not to mention that by that time, with the help of Bath & Body Works, there will be an oudh for every budget (Ironically enough yes, there is one by B&BW as we speak!), which proves the statement above. But let's explore this fascinating material and the synthetics that often imitates it in this guide on building blocks of perfumery.

The cmplex natural material
Agarwood or Oud or Oudh or Aoud (the name taken from the province of Oudh) is the resinous heartwood from Aquilaria trees (predominantly from Aquilaria malaccensis), evergreens native to southeast Asia. As they become infected with mold (Phaeoacremonium parasitica, a dematiaceous fungus) they compensate by producing an aromatic resin over the course of several decades. The damage is so extensive that agarwood sinks in water. The growing of the infection results in a rich, dark resin within the heartwood. That resin is known as gaharu, jinko, aloeswood, agarwood, or oud/oude/oudh, valued in many cultures since antiquity for its distinctive aroma ~terribly complex with nutty, musty-earthy undertones redolent of undergrowth. Agar use dates back to prehistory: mentioned in the Bible, ancient Persian and Sanskrit religious texts and part of the first historical biographies in Sanskrit. Oud is also inextricably linked to Assam’ s cultural heritage, since the Indian monarchs employed the used bark of the Sasi Agar tree as writing-material for chronicling their royal circulars.
Oud nevertheless is prohibitevely expensive, fit for royalty only, even for niche and ultra-expensive brands and quite rare. One of the reasons for the rarity and high cost (above $62,000 cash for one kilo) of agarwood is the depletion of the wild resource: Since 1995 Aquilaria malaccensis has been listed in Appendix II by the Convention on International Trade in Endangered Species of Wild Fauna and Flora, while in 2004 all Aquilaria species were listed in Appendix II, even though some countries have reservations for the latter listing. Middle Eastern or French perfumers seeking oud at source must establish ginormous bank funds in the pertinent countries, because governments are aware of the trade capitalizing on it. Additonal obstacles arise from the sheer reality of harvesting: Dead infected wood cannot be distilled and heavily infected live wood is not worth it as the wood itself is so more pricey. Thus the only wood distilled is live. Distillable wood is only good for a few months on the other hand, as the essential oil cells dry out, making oud a stratospherically expensive business.

Besides there are grades within the product: The highest quality comes from the tree's natural immune response (known as agarwood #1) while an inferior resin is rendered by deliberatily wounding aquilaria trees (agarwood #2, within which there aslo several grades of quality). Adulteration is not unheard of either, according to Tryvge Harris. The average oud available in the US will have changed hands at least 10 times (!), while rumours abound about Chinese factories who churn out beautiful but fake product ~made of the lowest possible grade agarwood soaked for a month in synthetic (European manufactured) oud. It's also worthy of note that Arabs are not that concerned with purity as might have been supposed, instead focusing on the pleasure principle the aroma brings.
Jenny, an amateur perfumer writing Perfume Making describes the sensation of smelling oud well:


"The scent of Oudh sometimes called Agarwood or Eaglewood is so incredible wonderful. It has all kinds of shades, it's smokey, deep woody, a bit sweet in an intriguing way. It even has some green notes and some kind of mouldy notes. It's hard to describe the scent. It reminds me of a blend of vetiver, birch tar, sandalwood, guiacwood, vetiveryl acetate, patchouli and some spicy notes like the note of clove".

The difference in smell in the finished product is also relative to how oud is treated as a "note" from a perfumery standpoint (regardless of whether it derives from a natural or a synthetic source): From the Band-Aid note of Montale's Aouds (due in several cases to the phenolic guaiacwood used in tandem) to the smoother versions like in M.Micallef Aoud Homme when the lactic notes can pop up under the shriller introduction. Le Labo went for a camphoraceous feel with pungent rather than burning tonalities, while Tom Ford extended the effect with lots of cedar.

Word of Mouth and Word of Mouse
The literature on oud is picking up fast with all the semi-underground fora, specialty blogs and even mainstream press mentioning the prized ingredient:


"Oud (pronounced ood) smells expensive and it is. What it perhaps has going for it most is its obscurity and ineffability. There really is nothing quite like it. Hence its appeal. While the cultivation of agarwood can be traced back to ancient Asian civilizations, only recently has oud become the note du jour in high-end Western fragrances from Yves Saint Laurent's M7 to Tom Ford's Oud Wood."

Thus says Amy Verner on the Globe and Mail, only to semi-contradict herself later stating:


"Just don't expect to see oud featured in mainstream fragrances any time soon. Since it's not only rare but pricey, most experts think that it will remain on its rarefied perch." [ed.note: We already stated that Tom Ford's posh Oud Wood uses a synthetic anyway]

The truth is somewhat different than what you often read in the press, as we have proven. 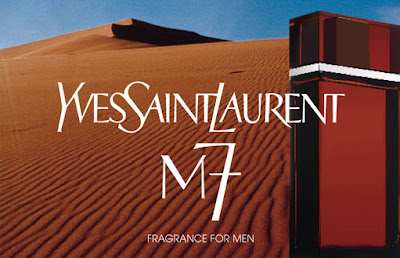 And remember that as with anything when there is great demand, the offer tends to cut corners. Think about it next time you're asked stratospheric prices and go by the only rule-of-thumb that should apply in choosing fragrance: how much pleasure it gives you!
Additional reading on the Eastern use of aloeswood in incense as well on this link.
Painting of As Afuddaula, the nawab of Oudh via Exotic India Art. Pic of agarwood rot by Robert Blanchette, University of Minnesota, Advertisement of M7 via easycorner.com.
*Share with link: Sunday, December 06, 2009