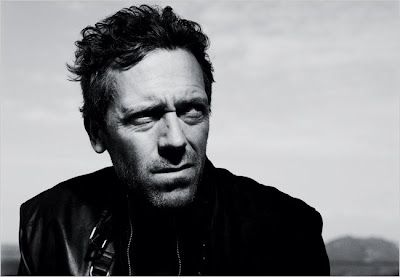 If in vetiver veritas you pledge your allegiance, look no further. The whooping percentage of pure unadulterated vetiver essence in Vétiver Extraordinaire for Editions des Parfums Frédéric Malle goes for indubitably maximum overload for hardcore vetiver fans: you'd be hard-pressed to find one that contains more Haïtain vetiver out there (an alleged 25%) or is less devoid of the oily decorations of other contenstants.
Luca Turin praised perfumer Dominique Ropion's work here by saying that "lead-pencil cedar notes and a touch of lemon [...] act as makeup to hollow the cheeks of perfumery vetiver and give it back some of the striking bone structure of the starting material". I will go further and say that Vétiver Extraordinaire with its raw, wet cobblestones intensity recalls craggy faces of gaunt figures in chain-mail armor, shaded and revealed alternatively by a bright white light before they suddenly strike with a gigantic sword out of a dense dank forest.

The background story on its 2002 creation is caprivating: Frédéric Malle and Dominique Ropion had collaborated at Roure Bertrand Dupont in the past where Ropion had created an unusual exotic woody accord that Malle remembered fondly. When Ropion received a new extraction of vetiver that highlighted the qualitative nuances of the material in an unprecedented way, Malle had the idea to combine it with the old unfinished woody base and thus after extensive twinkering, the finished modern classic emerged. Ropion is well known for his style of overornate, dense, baroque signature, as evidenced in Ysatis or Amarige by Givenchy but also the intriguing Une Fleur de Cassie also for Frédéric Malle and it seems fitting that he achieved the painful intensity of extreme accuracy by addition instead of substraction using "a new essence of Vetiver, stripped of its bitter edge, which he matches with five woody notes to play up the scent's various facets". 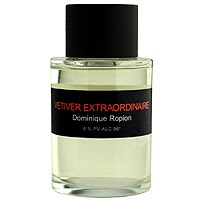 Compared with soapy or citrusy vetivers like Vétiver by Guerlain or sweet, licorice-like vetivers such as Vétiver Oriental by Lutens, Vétiver Extraordinaire seems like a challenge: It lacks the light smoky refinement of Chanel's Sycomore, the nutty flou of Vetiver Tonka by Hermès or the spicy sexiness of Tauer's Vetiver Dance, elements which all contribute to easier acceptance. It should therefore be approached only when searching for something bitterly wet yet with a peppery, fresh herbaceous and earthy scent that will draw out a little savagery misleadingly dressed in bohemian clothing. The rooty, cardboard opening emphasizes the more difficult aspects of the genre but the overall character makes it delightfully panseasonal. The lasting power is excellent and the sillage moderate. Perhaps the closest to it is Encre Noire by Lalique which utilizes the same concept minus the foresty mossy tones, so those who have no access to the former, might find a pleasing alternative in the latter suggestion.

Available in 10ml, 50ml and 100ml spray bottles and as shower gel at Barneys, Les Senteurs, and directly from Frédéric Malle boutiques and their site.