How Much Will the Niche Market Bear?

The news on the discontinuation of some Serge Lutens fragrances we broke on these pages as well as the Guerlain discontinuations we also had the honerous duty of introducing to you a while ago have prompted me to think long and hard about the fragrance market and its trajectory ever since the Internet became a major player from 2000 onwards; first with budding perfume discussing fora and later in 2005 with the emergence of the first fragocentric blogs. Nine years and counting later things have profoundly changed and the scenery is altered. 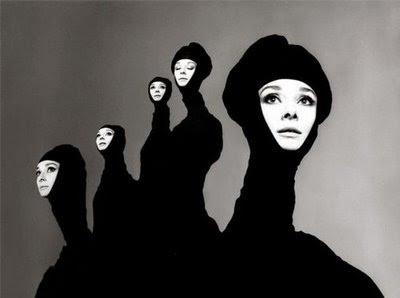 Everyone jumped on the bandwagon of niche perfumery and with aspirations of artsy-fartsy pretence about how "perfumery is an art too" (Chandler, if only you knew what a monster you created!) they have been indundating the market with overpriced dreg ever since. There is simply TOO MUCH JUS OUT THERE!! Whether it's for the best or the worst I am leaving this up to your intelligent discussion in the comments. But first let me present some facts and some trivia for your consideration.

First there were the Hermessences in 2004: A major luxury player who was active on the fragrance sector as well decided to do the unthinkable ~present an exclusive line of top-tier scents reserved for their interior boutique only circuit. Guerlain had their own plan upon refurbishing their flagship store in 2005, plans which materialised and some which were almost cut mid-stream (Il Etait une Fois reissues, I'm talking to you!). Soon enough ~it seemed to me before the word Hermessence had dried on the staff memo~ Chanel pulled an Hermes as well, 3 years ago almost to the day, with their Les Exclusifs to be sold exclusively at Chanel boutiques. The two luxe lines were received with accolades, enthusiastic bises in a very European manner and profound respect from the whole perfume community, even if there were a couple of critical voices on the concept and coherence of the thing.
Just last year both "exclusives" were renegated to online shopping, making the acquisition of a coveted haute bottle approchable at the click of a mouse to anyone in upper Minnesota who had the requisite checkings account. Where's the exclusivity factor?

Several established brands followed (Dior Prive, Lancome La Collection, Tom Ford Private Blend, Lauder the Private Collection Line fragrances trio), and the few remaining ones came out just recently with their own "exclusive" sub-line within the line, cashing in on the hen who lays the golden eggs (or so they thought): Cartier Les Heures de Parfum, Van Cleef & Arpels Collection Extraordinaire, Dolce & Gabbana Anthology. They employed top tier perfumers, they advertised intelligently by word of mouth, they even brought original "ideas" for inspiration. (The Tarot deck for D&G, for Chris's sake. What's next? The Mayan calendars of doomsday?) The results? Rather lukewarm reception to varying degrees of temperature nuance. Even though there are a few specimens in there which are indeed great (especially in the first two brands), the idea seems tired, been-there-done-that and the audience doesn't seem to go back for much more... Not at those price points in this economy at least! 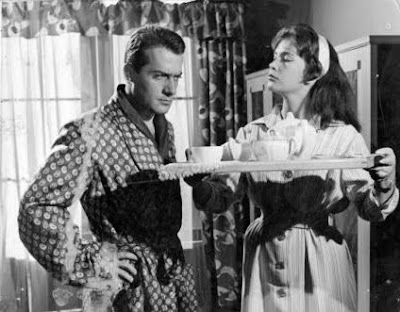 Uber-luxe brands positioned themselves in a place of de juro superior price point (often with the corresponding quality in the formula): Amouage and By Kilian are good examples. Recently By Kilian has introduced the smaller traveller bottles and the refills in order to appeal to the less cash-flowing clientele. Smart move! Still not every release can be received with enthusiasm. Writes Pam from Olfactarama regarding their latest Back to Black, giving it 2 stars out of 5: "A combination of pipe tobacco, cherry syrup (maybe cherry pipe tobacco?) and vanilla. After 2 or 3 hours only vanilla; after six it's a generic heliotrope/vanilla with a slight Play-Doh note. I don't know what all the fuss was about". One can re-invent the wheel so many times, I guess.

Several smaller players emerged lately as well, often with erratic results: French niche line Ego Facto from Pierre Aulas debuted at Marionnaud in France with 7 perfumes: 4 for women and 3 for men and even employed acclaimed nose Dominique Ropion for their Poopoo Pidoo fragrance (inspired by Marilyn Monroe no less) as well as other famous perfumers for the rest. One of my online friends with a discerning nose, who also posts on several fora & blogs, TaraC proclaims: "I just tried all 5 of the Ego Factos yesterday and didn’t like any of them. They all smelled like generic commercial synthetic swill on me… I guess I’m not the target customer!"
Smell Bent on the other hand is a new LA-based indie niche line, which deputed with 10 fragrances (!) at a low price point. A NST commentator calls them "pretty gimmicky too". MakeupAlley reviewers and regulars have varying opinions on them.
What's up? Are then people able to judge independently of the price asked? Big surprise, I guess they are! On an interesting spin of events a graphic outlining perecentages (according to a Sanford C. Berstein survey of 834 U.S. consumers conducted over a two-week period in mid-December) of people who have traded down in various consumer product sectors appeared in The Wall Street Journal. Some include: 34% traded down in laundry detergent, 31% traded down in kitchen paper twoels, 15% traded down in toothpaste & what is within our scope...14% traded down in perfume/cologne! Fascinating, no?

Please nota bene at this point that I have not (yet) smelled any of these fragrances from the two companies above so I cannot form a personal opinion on them. But the saturation of the market does leave a perfume writer with something less than frenzied desire to sample the latest thing, doesn't it? A sense of boredom sets in and samples lie there untouched. But let's forget for a second that this is a second job here, what about the average perfume lover who isn't necessarily writing about perfume: Can the market bear so many lines, so many brands, so much jus? Niche was the only sector in fragrances to show a slight increase amidst the recession. However this is slowly changing, exactly because the consumer is catapulted with "news" and "launches" daily. And the general trends direction isn't sounding too good either.

According to reportage by Jason Ashley Wright on Tulsa World "2010 is the year of the celebrity fragrance, said Megan Hurd, a beauty expert for Amazon.com. Not only is Kim Kardashian’s anticipated first scent hitting shelves this month, so is Halle Berry’s orchid-and-citrus- inspired scent. Others include Beyonce’s (in February) and Sarah Jessica Parker’s third fragrance, SJP NY (early spring). People are gravitating toward lighter, more airy scents, said Pat Hudelson, a fragrance expert at Saks Fifth Avenue in Utica Square. Last month’s deep-freeze temperatures “kind of put everybody in a depressed state,” she said. “Everybody needs something new and kind of fun.”
Some show increase in their stakes even amidst the lagging economy: "Inter Parfums Inc. announced that net sales for the fourth quarter were about $113.6 million, a 13% increase from $100.4 million in the prior year quarter." (to note they distribute Van Cleef,Burberry, Lanvin, and will be collaborating with Montblanc soon). They're bringing out Burberry Sport fragrance line this month and Oriens, a female fragrance line by Van Cleef & Arpels this coming March, so obviously the Van Cleef brand needed some reboosting. (Amazing if you think of it, since La Collection Extraordinaire practically just launched, it was only last autumn!).
Some show decrease and pleas for help: "Mr. Burkle's investment firm Yucaipa Cos. bought up a large chunk of Barneys' debt late last year and has offered to invest at least another $50 million in the high-end fashion chain via a loan deal that would leave him owning 80% of Barneys' common equity. The remaining equity would be held by Barneys' current owner, Istithmar World Capital, the investment arm of state-owned Dubai World" [...]The move is the latest play for Barneys, a swanky New York apparel retailer that has struggled since being taken over by Istithmar just before the recession hit".[source] And some propose a completely different approach still: "Some luxury brands are finding that single-sex boutiques boost the bottom line. While it's not exactly a man's world on Main Street, luxury brands are increasingly offering greater exclusivity in men-only shops" [source] Cherchez l'homme!

So what "fruits" will the future of perfumery, especially niche, bear? Let's hear it from you!