No sooner had the ink dried (or rather the optical signal been transmitted from your screen to your retinas) on the L'Eau Serge Lutens review that we're faced with some rather disconcerting news which haven't been broadcasted anywhere else yet. It doesn't sound too good, so brace yourselves: Not one, but FOUR Serge Lutens fragrances are getting discontinued... 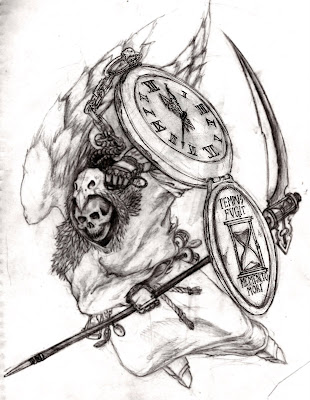 The reasons might have to do with ingredient restrictions making it difficult to continue their production or -more likely- they could be really low sales combined with a rethinking of the whole line (after all, the new "anti-parfum" is as if a rethinking has been going on) that accounts for it. Whatever it is, the fans will be dismayed and a frantic hunt for them will ensue. In a way I will be glad to see the last specimens being taken off to loving homes rather than having them languish on a shelf. No good fragrance deserves less.

The four Serge Lutens fragrances (sounds like the Four Horsemen of the Apocalypse and I feel that way too) that are getting axed are: Chypre Rouge, Miel de Bois, Clair de Musc and Douce Amère.
The rumour on the discontinuation of Miel de Bois had been discussed a year and a half ago (!) and had been thoroughly explained, but it had been fervently denied at the time from the Parisian staff; the rest...let's just say they weren't the most popular of the lot! (Clair de Musc is discontinued through no fault of its pleasant, well-liked scent; it's merely that clean ethereal musks are a dime a dozen in the market, no matter how poetically brilliant Serge's version is, I presume). Personally I will be really saddened to see the excellent and contemplatively melancholic Douce Amère, one of my personal favourites, perish. You'll have to snatch it off my cold, clammy hands, I guess...

Edit to Add: Miel de Bois is currently sold as a Paris exclusive in the bell jars, after its pulling from the export line. Although the Palais Royal representative denies discontinuation en masse, there is a private source that tells me the scents might revert to their alma mater and become Paris exclusives like MdB, which means discontinuation in the export bottles (and the US, as a consequence).,/span>

Edit to Add2: Click to read the latest update on this distressing issue.