Is perfume political? You bet! 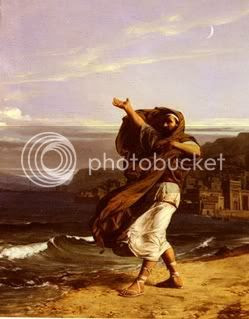 In times such as ours every single matter that entails a minimum of two people has to make it through the media circuit and perfume is not an issue that has been left off the equation either.
It might seem rather heavy and ominous to title my post “is perfume political?”, because what reference does perfume have to political parties or administrations and so on and so forth? Let me explain myself.

In ancient Greek the term “polis” referred to the city states of classical antiquity. In those the voting system was not representational, but direct and frequent, due to such factors as lack of manual labour that would consume hours (slaves were doing it), closeness of people to the voting centre (the whole state was just the city), small percentage of active voting population anyway. Hence decisions were made on everything by “polites”, aka free citizens directly (the word derives from the Latin “civitas” which also means city). That entailed whether ships would get built for merchandising, who would be the committee to decide on theatrical competitions or whether the city would go to war with another city-state; and then indeed voting on such seemingly trivialities as whether they should allow preening or depilation to slave women (apparently not and it was a sore point for them).
You see my point. Everything becomes political in that sense. An active citizen who is considered an integral part of society (and they were adamant on the participation in decision-making on penalty of exile) has to take a stance on a wide diversity of matters pertaining to that society. This is a theoretical position of admirable conscientiousness. If only people were that active today instead of apathetic to what is happening around them…..

However that notion can get hued in sinister nuances still. And it has to do with that most ephemeral yet subconsciously influential matter of all: the olfactory stimulus.
Witness the case of a woman in Calgary, Canada, as reported by the Globe and Mail.com, who was asked by not one, but two different bus drivers to abandon the bus if they were to go on with their routes, because of her “offending” perfume.
Although I am tempted to give a good break down on said perfume (it was Very Irresistible by Givenchy) and why it would have such a dramatic effect, I feel that the core of the issue is more complex than just attributing it to overapplication or dislike of that specific composition by the bus drivers.
Reading the article and seeing the photo of Natalie Kuhn, a 25 year old chiropractic assistant I saw a pleasantly turned out black woman who seems tidy, professional and groomed and would be unlikely to wear such copious amounts of any fragrance, especially since her fellow bus passengers did not complain. Although the quote that making her sit at the back of the bus made her feel like “a modern day Rosa Parks” might seem a little excessive (hopefully we’re past such despicable lows in human dignity) it does seem that the repetition of the incident with a different driver was humiliating and a little suspect in itself, especially so as the first occurrence had already been publicized.

The matter takes on another political nuance as it is linked to the invasion of other people’s privacy as witnessed by the perfume ban on all municipal buildings at Halifax. The rhetoric behind this is that “with rising rates of asthma and chronic obstructive pulmonary disease, irritants in the air can have a greater effect”. Of course health is a very serious matter and it is true that there has been an increasing percentage of asthma and pulmonary afflictions that are triggered by irritants in the air in the western world. However one would have good cause to pause for thought and wonder whether those irritants are mainly comprised of chemical substances in exhaust fumes, toxic substances in cleaning products and the ubiquity of artificially scented matter all around us in a consumerist world that uses the olfactory to sell more product inundating our perception and leaving us unable to take it anymore. Does everything from bleach to erasers to stationary to dry-cleaners’ bags has to be scented, I wonder?
Would cutting down on those, offer a palate free to enjoy an occasional whiff of a nice perfume on somebody? I think that it would.

There is also the issue of modern day perfumes being comprised almost in their entirety of synthetic aroma-chemicals (and it is sadly obvious that Very Irresistible is one of them), not much different than those used in the cleaning products industry which contribute to a catch in the throat reaction for many people who have obviously reached their limit and are justifiably (according to them, at least) embarking on Philippics against perfume en masse. Nevertheless the issue of re-introducing natural essences is neither economically viable in a market that is in to make as much as possible in the here and now domain nor practically doable with all the recent developments of which I have blogged about in the recent past.

The following comment cited in The Globe and Mail article made an impression of irrelevancy to me and I am sure I am not the only one: “Roedy Green, who said he has “a very keen sense of smell,” believes people often don't realize how much perfume they're putting on. The worst offenders are older people whose sense of smell has faded, he said, leading them to pour on perfume until they match the way they remember smelling as a youth”. Surely that does not apply to this specific case of Natalie Kuhn who is only 25 years of age and probably in full functional capacity of her olfactory abilities? Or is this a general bash against people who like to put on perfume perhaps a little more enthusiastically (to put it politely)? It seems so.
The accompanying comments from lots of readers who are almost all of them condemning the wearing of perfume is very revealing and just a bit foreboding on the direction the public is getting their opinion shaped.

On the other hand there is the opposite field of perfume enthusiasts who are not eager to back off their habit and sometimes provocatively insist in crude terms to carry on with impunity offending colleagues, fellow public transport passengers, and close friends and family, oblivious to the fact that toning it down a bit would result in a greater leniency from those perfume haters and thus would guarantee the continuation of the noble practice of perfuming. Ms. Natalie Kuhn did display such an obstinate stance, in my opinion, perhaps on the premise that it was her right to wear what she likes and assured in the knowledge that no policy allows drivers to refuse passengers because of their scent. Nevertheless the repercussions of such an incident might tilt the balance not in her favour and to the detriment of all of us perfume lovers. Is it far off the day when a general perfume ban would be introduced on all public transport, thereby practically eradicating our right to scenting ourselves lest we have a private vehicle (and it shouldn’t be a convertible missy, mind you!!)? We have to stop and wonder: if smokers -who have been also practically exiled from civilised society in recent years due to their habit- had been a little more considerate and less headstrong about their right to light up whenever and wherever and all present company be damned, would we have reached a point where they are the outcast of society? I think not.

For that reason and with that reasoning, I would pray for a little compromise on both sides of the argument.