The Favourite is the latest fragrance by British brand Penhaligon's and the story behind it is inspiring. It involves as its protagonist Sarah Churchill, the Duchess of Marlborough (who had an intriguing story), and allegedly the favourite of Queen Anne's in 18th century England. They were formidable women, full of inner strength and conflicting passions, which history does not fully gives credit for. The fragrance is not entirely matching to this background, being more delicate and traditionally pretty than anticipated, though that's not necessarily a problem for those intending to wear it. 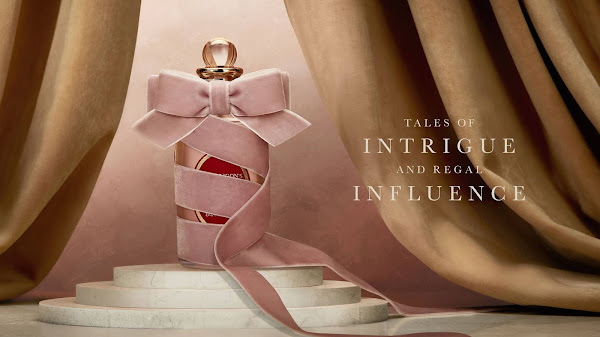 An English courtier, Sarah rose to be one of the most influential women of her time through her close friendship with Anne, Queen of Great Britain. Sarah's friendship and were widely known, and leading public figures often turned their attentions to her, hoping for favor from Anne. By the time Anne became Queen, Sarah’s knowledge of government and intimacy with the queen had made her a powerful friend and a dangerous enemy. She was also married to the general John Churchill, 1st Duke of Marlborough, hence her title, so she was accommodated in powerful relations from all sides, one could claim. 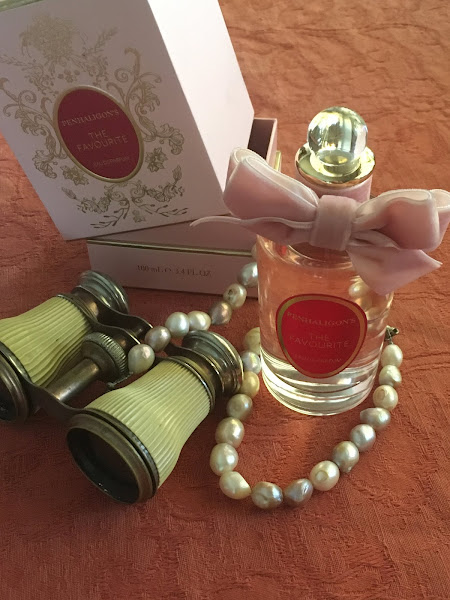 Perhaps the big velours bow in light, sugared almond pink on the bottle is best translating this effect. It's a cloud of fragrance surrounding you with prettiness, light yet persistent, like a ray of sunshine on a warm morning. Innocuous yet pleasant.

The formula by perfumer Alienor Massenet lies on a fruity floral chord, with an appealing and sunny aspect of what comes off to me as litchi at first. It's beautifully rendered, never too sweet, never air-headed, on the contrary tender and soft and leading to a beautiful garland of violets. These violets walk hand in hand with the rose in the heart; their temperament is balanced and they do not lean either candy-ish, nor vegetal, like violets swathed in their foliage which hides their character into verdancy. The violet-rose combination in The Favourite by Penhaligon's feels like the softest swan down puff for powdering your nose, which is apparently what lots of the ladies and gentlemen of the era were doing. Of course analytical chemistry is what we have to thank for the perceived association of violet molecules, ionones, being considered powdery and smelling cosmetic-like in the last 120 years. But it's a small historical detail that would distract from the ethereal character of The Favourite. The copious musk and mimosa/benzaldehyde components, that bring forth an intimate underground for the floral fruity core, are the finishing trail which reveals it was not all fun and games at the royal court.

Read more on the Perfume Shrine:

Ionones and the Notes of Violets