I'm overjoyed to be able to offer our readers a most generous giveaway today: two full bottles of the newly launched Wildbloom Rouge and Wildblue Noir by Banana Republic. The presentation is gorgeous, let me tell you (caught me by surprise!), and the scents are nice enough, so I'm sure you will be just as happy as I am.

I have decanted 5ml of each for reviewing purposes and the rest is up for grabs for all readers internationally who will comment till Thursday midnight. (please specify if you're interested in the feminine, the masculine or both fragrances). The 2 winners will be announced on Friday. 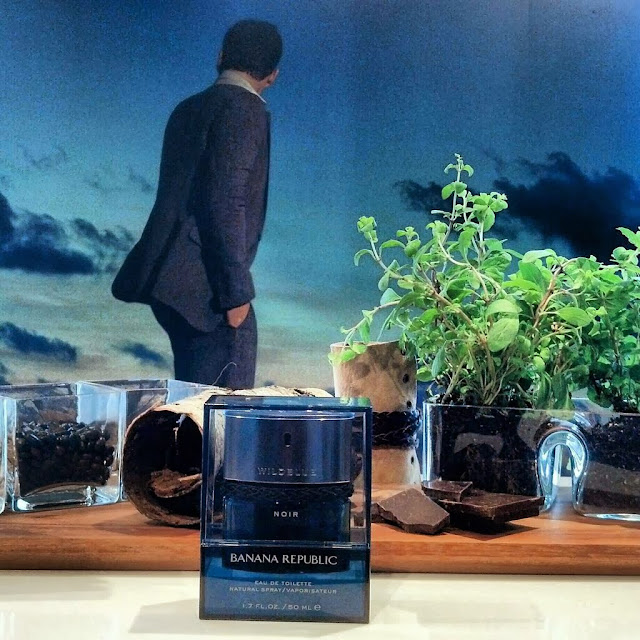 The two fragrances were developed for Banana Republic by Givaudan and Drom respectively and correspond well to what I think the brand stands for. As to the scents in more detail? Read on.

Following the successful launches of Wildbloom and Wildbloom Vert, Wildbloom Rouge embodies a youthful spirit with a sensual spark for the stylish woman. “The romance of a pink and orange painted sky while the sun sets on the ocean’s horizon was the inspiration behind Wildbloom Rouge,” says Banana Republic Creative Director & Executive Vice President, Simon Kneen. “This scent is for a sensual woman with a shimmering, chic personality.”
What I can tell you is that it is a woody floral with clean notes of sparkling florals and some fruit (mostly sweet apple) which dries down into a soft woody musk, warmish and cuddly; certainly warmer and sweeter than the regular Wildbloom of which it is an extension. It's the type of scent that people tend to find pleasant and would compliment the wearer on, especially since its heart is a fresh white floral which is a very popular blend for women. It's advertised as a nighttime scent and I can see that the warmish notes of the base might make you think that it would be so, but, really, I see no problem with wearing it all day long. Why not? 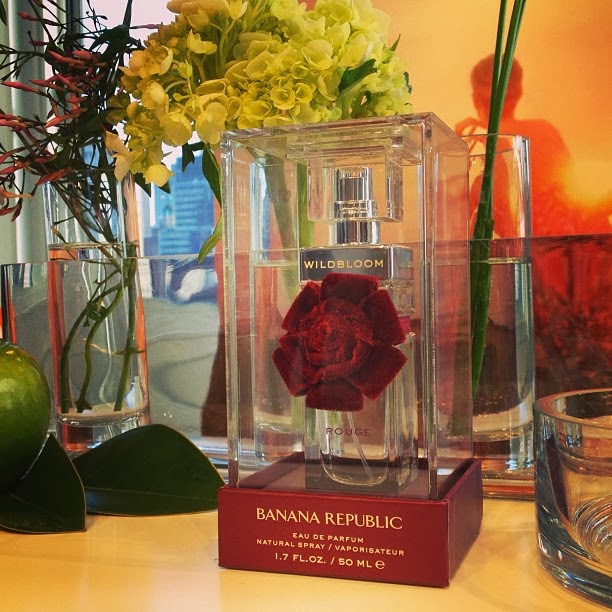 “The captivating forces of the ocean waves crashing down under the evening sky inspired the feeling behind Wildblue Noir.” says Banana Republic Creative Director & Executive Vice President, Simon Kneen. “This scent is for the confident man, dressed and ready to head out into the night.”
If I were French, I'd call it "sympa". It's an aromatic fougere with a sweetish hint in the drydown that recalls gourmand notes of coffee and chocolate (some patchouli) and has a nicely burnished patina about it, when it gets there. It's not very distinctive, but then I don't think the target audience is too bent on smelling exceedingly different anyway. For what it is, however, it's competent. In the night, all cats are black.