One of the most common questions I get in the mail revolves around the nuances, replication and substitution of perfumery ingredients, accounted by the perceived authority that Perfume Shrine has won in the hearts of perfume aficionados regarding the research on perfumery raw materials (we've tackled most in detail). Sandalwood and its varieties had escaped us and this should be amended soon. In the meantime, we got the chance for a preview sampling of Le Labo's Santal 33, a fragrance onomastically loaded and inspired by "a man and his horse in front of the fire on a great plain under tall, blue evening skies [...] firelight in his face, leaning on the worn leather saddle, alone with the desert wind". 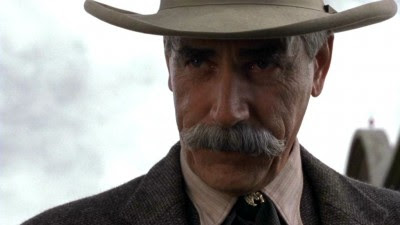 In short, the Marlboro Man, all tough bravado and that special kind of personal freedom only available in a place where no one would be nagging about worn clothes scattered on the floor, or missed orgasms via hitting the snore button too soon. Ah, cowboy country bliss; a man's man land! But there you are and history places its mark of irony once again on what we thought one way but used to be another.

Marlboro was originally introduced as a feminine cigarette, philtered and all, and tagged "Mild as May". It took the creative genius of Leo Burnett in the span of a few months in 1954 and the rugged tawny face of Darrell H. Winfield to transform one appearence to another. And boy, did it ever came through! It's a comparable case with sandalwood and its substitutes: We tend to imagine one thing when we reference sandalwood, we come up with another reality when faced with it in a fragrance. The endangerement of natural Indian sandalwood, especially in the Mysore region, has required the substitution of this precious ingredient in fine fragrance with synthetic varieties, some of which are quite costly in themselves and beautiful to smell, possessing some of the beloved "creamy", milky facets of natural sandalwood. But not all perfumers or all fragrances aim to merely replicate that scent: In Le Labo's case it would be a gross miscomprehension to assume that they were in the first place. They're quite clear on using Australian sandalwood (Santalum spicatum), which is a different variety than Mysore sandalwood (Santalum album): indeed the Australian variety is more pungent, sharper in its dryness, with less density, almost metallic in its fine smokiness, still compatible to scent of skin. These attributes are highlighted in the newest launch of Le Labo. Like its creator, perfumer Frank Voekl had divulged a while ago:


"I’d like to design something that highlights one’s natural smell, as opposed to a scent to cover it up. It would be a skin product that blends with your scent rather than scenting you. Like an outfit woven from fragrance" [1]

Lovers of the musky woody Gaiac 10 by Le Labo might find a similar outfit in the new Santal 33, although the latter is sharper, less round than the afore mentioned, with a woodier rather than muskier core structure.

Santal 33 develops in roughly two main stages, not wildly opposed: The opening is full of the roughened up dry woodiness, as much due to Australian sandalwood as to cedarwood and its synth conspirators, with that characteristic duet which makes its appearence in masculine perfumery to great aplomb, and cardamom making a welcome respite, although nowhere as prominent as in Cartier's Déclaration. The woods are fanned on copious amounts of ionones from the violet & iris "note" listed, a hint of fruity coconut in the background. Nota bene this stage is brought to greater advantage on skin than on the blotter (where the fragrance can be rather screechy), while the latter stage includes an amplifying of the ambery-woody tonalities due to the marked presence of Ambrox. Despite assurances to the contrary, I cannot find any "leathery" accord to speak of, apart from the naturally pungent facets of the Aussie sandalwood raw material itself. Perhaps my own leather receptor is set on rather high. But rest assured the fragrance is as butch and rugged as a real rancher riding on a leather saddle.
The fragrance was composed byGerman-born perfumer Frank Voekl (He created Le Labo Baie Rose 26 with its peppery pink peppercorns rose, Iris 39, the quiet Musk 25 and indeed the Santal 26 candle on which the idea for Santal 33 sprang from; but he also authored fragrances for such diverse clients as Chantecaille, Tommy Hilfiger, Guerlain, Cerruti, Dior, Colette, Kenneth Cole and Laura Mercier).[2] 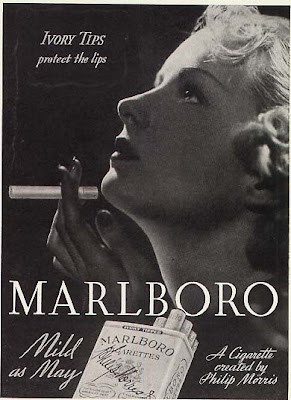 Overall Santal 33 is more masculine than feminine, as befitting its reflected image of distorted marketing genius, or rather it is a unisex fragrance for those who shy away from gender in their fragrances. Girly girls should therefore not apply. Still, I consider myself a rather girly girl and I found things to like in Santal 33, especially the phenomenal tenacity and the humming but always perceptible projection in terms of fragrance volume.

Santal 33 is an Eau de Parfum which forms part of the permanent collection, available from Le Labo, Barneys. It is a Colette exclusive in Paris at the moment, retailing €110 for 50ml, €170 for 100ml and is on pre-order online (it will be shipped in a few days).

A footnote on the accompanying images:
The Marlboro Man is such an American icon that I couldn't but pick an American actor who embodies those values to accompany my review, yet I couldn't bring myself to use the actual faces of the Marlboro brand. Hence rangy Sam Elliott of the mustachioned magnificence. As one writer writes: "Not since Scottie Pippen's nose has a (visible) body part taken on such a life of its own. It strategically hides the mouth of this modern cowboy, not letting any potential foes realize that he's already whispering their last rites."
The second picture comes from tawdryknickers.com and showcases perfectly the sheer irony. I thought you'd get a kick out of it!