Essence of a dream, that is Extrait de songe, was the very poetic name of a limited edition “clean”perfume for summer 2005 by L’artisan Parfumeur. The latter lost a legal battle over the coveted name with Annick Goutal who had the name Songes (=dreams) copyrighted for her own, completely different, floriental composition. Hence the lovely Extrait de Songe became extinct... Later it was rechristened as L'Eté en Douce (playing on a French idiom, meaning "summer is sneaking up on you") 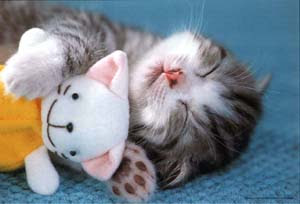 and entered the L'Artisan portfolio as a re-issue.
However many perfume fans say the fragrance in either name smells quite close to another older L’artisan offering, one of the Moodswings coffret, Lazy Mood, developed by the same perfumer, Olivia Giacobetti. This got me thinking.

Laziness, boredom, dullness….all of these words bring to mind the languorous days of a really hot summer, when one isn’t energized enough to actively do anything except sleep. We had a long bout of this in the summer and am afraid we will get it again soon enough.
When I am talking hot, I am not talking Canada “hot”. Nor Germany “hot”. These are euphemisms. These are mere bleeps on the radar of hotness, never managing to register with me. (It’s actually my preferred weather: if only we had 28 degree Celsius half the year long...)
I am talking 39-40 degrees hell hot, all red and fiery; when your own skin is becoming revolting to you and you want to tear it apart with one swift gesture like an overzealous Russian waxer with steroid-enhanced arms; when hair sticks on your forehead inviting you to turn into a travesty of a skinhead; when sticky liquid oozes off your pores just by sitting around doing nothing. Yes, you’ve guessed it: I hate those moments with a passion.
The “noon devil” of the hermits of Egypt, which draws out every speck of physical and mental vitality, is my personal nemesis. 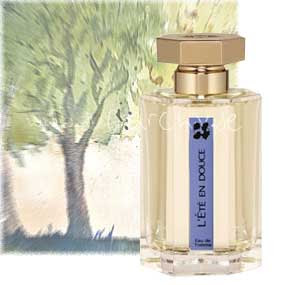 However it is a small comfort that Extrait de songe/L'Eté en Douce exists for providing the illusion of a clean, cool, white cotton sheet that can be wrapped all around one and provide some solace from the scorching sun. Sloth according to Kirkegaard is the source of all evil. Wordsworth described it as “wild dullness”. It is considered one of the seven deadly sins by the Catholic church. Hamlet refers to the world as “tiresome, plain and dull” which probably explains why he never lifts a hand to actually do anything except talk for the better part of the play.
Samuel Butler says that boredom is a kind of spiritual failure, since the person who lets himself to emote it is more despicable than boredom itself.
But is it so bad, really? I wonder…

Billy Collins, the poet, calls boredom paradise itself. “It’s the blessed absence of things that the world offers as interesting such as fashion, media, and other people, whom Sartre –let’s not forget- characterized as hell.”
Anton Chekhov also idealized boredom in many of his plays, like in Uncle Vania and Samuel Beckett’s “Waiting for Godot” remains without a doubt the manifesto of dullness, featuring characters that await for that bastard Godot who never makes an appearance and which proves boredom can be pro-active after all, because many had stood up and left the theatre from what I recall :-)) The New York author Richard Greenburg even wrote a book (titled “Take me out”) after a bout of boredom during one especially dull summer, during which he watched baseball matches on TV. Luckily I am not that desperate. Brenda Way, choreographer, likes to sit and think when stuck in a jammed highway: She believes it aids her involuntary voyage to creativity by using her unconscious powers at those precise moments.

Made by nose Olivia Giacobetti, who is famous for her light compositions that are like Winslow Homer paintings, Extrait de Songe/L'Eté en Douce is typically her style and seems very fit for such moments. It's an interpretation of freshness without acidulated, fusing or sparkling notes and it reminds me of the style that Jean Claude Ellena later explored in one of his "cologne" duo, called Eau de Gentiane Blanche. The two fragrances do not smell the same, but they share a similar sensibility and a generous smothering of ambrette seed.
Featuring an airy and totally linear formula, Extrait de Songe/L'Eté en Douce begins with linden and lots of "clean" orange blossom water, like the flower water used to sprinkle Mediterranean cookies with, segueing on to hay- like (coumarin?) and woody notes, it finishes off with a kiss of white musk and the bitterish ambrette like newly washed bed-clothes envelopping your showered body. It's all purity, all light! Uncomplicated, easy, soft, lastingly diaphanous, evoking the dew caressing grass in a field and on wild rose bushes, the freshness of lime trees and the warm scent of freshly cut hay; a fragrance that has no aspirations of creating discussion, but only of making you feel good about yourself! The whole projects at a white radiant frequency which must be as close to seraphic cool places as possible without actually hitting the bucket.

Whatever your camp is (and I suppose you still run a pulse if you're reading right now), Extrait de Songe/L'Eté en Douce manages to smell like it is the best thing to exonerate the bad and amplify the good aspects of boredom.

Please note: another fragrance by L'Artisan has just recently changed name, namely Vanille Absolument which used to be Havana Vanille (2009).

Inspired by a euro2day comment. Pic of kitten got sent to me by email, unaccredited. L'Ete en Douce bottle pic via duftarchiv.de
*Share with link: Monday, April 04, 2011