Musk Series 3: The Many Permutations of Musk

In all of perfume speak, "musk" and "musky" has got to be the most casually utilized term, often taking on hidden nuances inadvertedly to the speaker, based on their own perception of the odoriferous molecules creating the impression. We had touched upon this issue while discussing the cultural perception of musk (Musk Series Part 1), peppered with anecdotes. We had also tried to shed some light into the differences between the natural essence (produced from the deer Moschus moschiferous L.) and the vast array of synthetic musks in the industry today on this article (Musk Series Part 2). 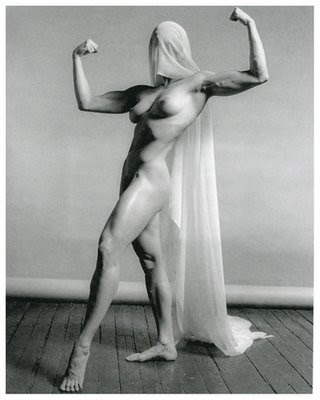 In the words of Philip Kraft “the more one studies [musk] the more contrasting, vibrant and oscillating it becomes: repulsive–attractive, chemical–warm, sweaty–balmy, acrid–waxy, earthy–powdery, fatty–chocolate-like, pungent–leathery, resinous–spicy, fig-like, dry, nutty and woody, to give just some impressions” [1]. Still, beyond our interpretation (surely a personal matter) and the more clandestine issue of which ingredients are actually utilized in any given perfume, anyone immersing themselves into the fascinating subject of musks stumbles on another obstacle: What about the denominations that the companies and online boutiques give to their musks and musk notes themselves? What is "white musk", "black musk", "Egyptian musk" and so on and on to infinity? Let's try to find out in this guide.

White musk
The easiest to tackle, because of its ubiquity. You have probably seen the term in single-standing fragrances at the drugstore, such as the famous Jovan White Musk, and you have probably seen it in relation to the continuing success of The Body Shop's White Musk. The latter is comprised of the synthetic musks Galaxolide (7,7%), Tonalide (1,6%) a little Cashmeran (0,1%) for a total of 9.4% of white musks. Galaxolide (an International Fragrances & Flavours synthetic molecule with staggering popularity in the industry in both fine fragrance and functional products) gives a a clean, but also musky flowery-woody odour with a sweet, powdery nuance: You're probably well familiar with it through fabric softeners such as Comfort and Soflan and through detergents like Coral. White musk in perfumery therefore has become synonymous with a "clean", soapy and somewhat biting impression, with a passing floral tonality. Globalide (another musk synthetic, also called Habanolide) is often used in white musk compositions: A metallic smelling, fresh radiant musk which opens up the bouquet. Indeed its coupling with Helvetolide in Emporio Armani White For Her, by Alberto Morillas in 2001, gave rise to the term "white musk" as official perfume lingo beyond the brand names of yore ~its olfactory profile opposed to the balmy darkness of the prior nitromusks. The same synthetic (Globalide) enters the aldehydic musk Glow by Jennifer Lopez, accenting the fresh white floral components of the formula, while it also gives the cooly herbal-soapy feel of Mugler's Cologne and the baby-soft"clean" of Clair de Musc by Serge Lutens. It also outlives the blackberry top notes of the popular Trish McEvoy #9 Blackberry Musk.

Egyptian Musk
Even though the adjective might make you think that these musks come in their own little sarcophagi chanting in an unknown language, the reality is far removed from such exoticism. Simply put, Egyptian musk does not originate in Egypt, but is simply a variant of a musk blend in which the clean, scrubbed-skin nuance is the dominant part. The laundry day feel is there, much like with white musk (see above) but in general the effect is less screetchy and subtler to detect. Famous examples in use include the perennial Narciso For Her, where the fractialised patchouli (keeping the cleaner aspects) and the synthetic white flowers are highlighted by the clean muskiness of the base and smoothed out by a recent amber molecule, Amberlyn and a hint of honey. The Cuban born designer was inspired by an Egyptian musk oil he used to buy in New York City along his friend and muse Caroline Bessette-Kennedy. (It turns out it was Abdul Kareem's Egyptian Musk). The Egyptian musk part is easier to detect it if you test the Musk For Her by Narciso Rodriguez in the same line of fragrances (for a breakdown of the confusing concentrations of the line, please refer to this guide). There, Egyptian Musk stands almost solely on its own. They have recently updated the line with specific Musk editions.
The combination with "clean" patchouli seems to be an approved shortcut for this variant. Reading through this recipe for homemade Egyptian Musk, you come across the mention of patchouli leaves and rose petals entering the composition in a vegetal-base oil.
Several indie perfumers such as Ava Luxe, Dawn Spencer Hurwitz, Sonoma Scent Studio, as well as etailers (the likes of Nemat, Sweetcakes, Utopia Oils et al) make Egyptian musk fragrances. Its popularity has to do with its sheer subtlety, it would never offend a scent-phobic environment and it is pleasant to have around when you don't feel like perfume. The popular Egyptian Goddess oil from Auric Blends is a good example of a plain, unadulterated Egyptian musk with no other tonalities included: it smells a lot like fabric softener! You might also encounter this as "Pearl Musk" such as chez Ava Luxe, who offers both this and an Egyptian Musk version.

African Musk
Despite the "wild" evoking name, African musks usually are variations on the theme of Egyptian musk, soft, clean, inoffensive with an inclusion of sweet vanilla which makes them even cuddlier.

Red Musk
A chromatic variation in the name which was inspired by the "white" adjective, it bears an incense note reminiscent of the Eastern temples. Several etailers provide "red musks".

Black Musk
Similar concept with red musk, but this time with a woody, somewhat dirtier background, although not exactly animalic.

Blue Musk
Another variation poised on colour colding, this is close to white musks, with perhaps a sweeter musky nuance, a little softer and close to African Musk. If a manufacturer makes both Blue Musk and African Musk, it would be advised to try out before investing in both.

Oriental Musk
A slight tweek on the China Musk idea (see above). Usually brought by jasmine inclusions and powdery background. Ava Luxe has one in her line.

Tunisian Musk
Generally the term refers to a sweet variation on the clean Egyptian theme (see above). Some manufacturers offer both Egyptian and Tunisian versions, so there is a slight twist in there. Dawn Spencer Hurwitz as well as TheParfumerie.com offer their versions.

Turkish Musk
Inspired by the traditions of tea and exotic leathers brought through the Silk Road to Constantinople, perfumers have come up with a musk blend that uses tarry topnotes to denote black tea and leathery nuances. Drier than the African-termed musks and with a little bit of sophistication, while still a wearable musk for layering or wearing alone. Dawn Spencer Hurwitz has a nice offering in this category.

Tibetan or Himalyan Musk
A variation seemingly close to the real Tonkin musk tincture but in reality not even close. These are warmer, sweetish interpretations presented by etailers and street vendors which can be very pleasant and inviting with good lasting power and hushed tonalities. Nemat makes a lovely Himalayan Musk oil which is supreme for wearing alone or layering purposes under other fragrances or oils to make them warmer and softer. 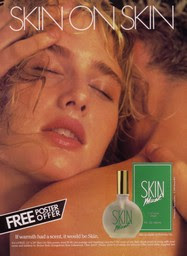 Nude Musk
I took the term used by Ava Luxe's fragrance to denote this category which also includes Perfect Veil by Creative Scentualisation and Sonoma Scent Studio Opal (for a comparison review of all three, click here) just because it's so erotically charged. This is a category which is meant to smell like "your skin but better", obviously a very popular demand and considered quite sexy (the skin-on-skin concept). It takes a lightly citrusy top (bergamot) and rounds it out through sandalwood and other creamy notes, blending into the skin where it smells as if you rolled into bed after a shower: That would be the scent you'd leave on the sheets. Suggestive, I know...The permutation with sandalwood was famously introduced in the 1970s with Bonne Belle's Skin Musk, Sarah Jessica Parker's longtime standby (this is now made with a slight reorchestration by Parfums du Coeur).

Wild Card musks (or anything goes...)
Some of the musks which you will encounter in your galivanting among fragrance lines are imaginatively named with poetic overtones leaving you wondering what they entail. Dawn Spencer Hurwitz has a whole array of unusual musks. Among them she makes a terrific animalic musk called Almadina Musk, which although reminiscent of the Arabian Al Madina, is in fact a leathery (lots of castoreum) and green marvel which projects with swagger and is highly recommended as a stand-alone fragrance. The Body Shop has a similar case of a musk which is not really musky: Japanese Musk is really a chypre in the manner of powdery chypres of old (see Ma Griffe); starched, cool, delightful and wonderful on a handkerchief tucked inside a purse.
DSH Special Formula X is a skin-friendly and erotic perfume that evokes boyish musks of yore, presented in the plain and longer lasting Extreme version. Dawn's Old School Musk is reminiscent of the 70s specimens specifically, such as Kiehl's as well as Houbigant's and Dana's, slightly greener and animalic. The touch of ambergris at the base makes it a bit like salt-water dipped skin.
The Fragrance Shop boasts an Almadina Musk too which they describe as "a spicy bitter musk with animalic undertones". Coty on the other hand makes the wonderful old barber-shop evocative Wild Musk which has a fougere overlay over the musky base. A retro fragrance with warm, inviting and lightly masculine accents, superb! Sonoma Scent Studio makes a spicy musk, called Sienna Musk, which is truly wonderful. (for a full review, please refer to this link)

Although mentioned in passing above, some etailers such as The Perfumerie.com feature lots of ethnically named musks, such Nigerian Musk (green-ish and named as a variant of Egyptian obviously; same with Tunisian, Indian etc). Generally they indicate what kind of "blend" they fit into, but trying out is always recommended first. As with everything...

The Musk Series will continue with lots of other interesting info and reviews.