"Your perfume is giving me the hives/ a headache/ asthma!"

How many times have you heard that line in one variation or another? Or are you one of the sufferers who feels like you're going to erupt any minute now from the fumes that are coming your way from down the hall? There are two sides to every argument and the modern (mostly Americanised) phenomenon of complaining about perfume-wearing in the workplace and public spaces is interesting to dissect, if hysterically overacted in some cases. Like the one involving Susan McBride, a Detroit city employee who claimed a co-worker’s perfume and room deodorizer caused her to suffer from migraines and nausea and in turn sued the city, claiming the scented workplace hindered her from working properly. 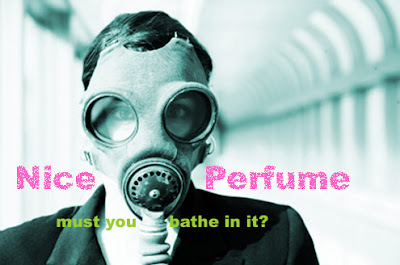 Most impressively, nevertheless, McBride actually won a $100,000 settlement and Detroit city employees in the three buildings where McBride works are now being warned not to wear scented products, including colognes, aftershave, perfumes and deodorants, or even use candles and air fresheners! Incidents like this and reportage from common folks who comment on MSN articles citing the incident as an example of a greater issue make me think. And the majority of interesting questions in this world begin with one simple word: "why". WHY has scent been given so much importance in today's society? Why is this annoyance greater now rather than decades before? And why is perfume and scented goods demonized in such a way? Is perfume wearing the new taboo? Or the new smoking?

Let's start by a typical example, taken from actual comments by readers. One woman complains about her co-worker constantly brewing fresh chai tea five times a day on her desk (Talk about a lot of constipation, but let's not tackle this right now). The smell of tea being brewed bothers her. She complains she's getting a headache. The other woman quips by saying she got a headache by the smell of the noodles that the other woman brought at the office the other day! The situation escalates to the point that the incident is reported to Human Resources and the floor manager. Chair brewing is brought to a halt. You see...nothing is as uncomplicated as a simple repulsion to the smell of something. Imagine how this can take on other shades of meaning when the offending item in question is a scented gift from a beloved one or even if it takes on the "enlightened" appeal of aromatherapeutic products. Or...the horrors, a humble deodorant (banning it risking a major case of the BOs) or the cleaning fluid for the floors!
Allergies and headaches triggered by scented products are a serious issue. I don't deny that for a minute! Let me repeat: I don't deny it. People battle with symptoms that can be debilitating. Some are even seizure-like, recalling epilepsy ("sensitivity to strong smells, flashing lights and certain noises"). For all that there is proper medical care, while common sense dictates to respect people and tone down whatever is making them ill, assuming the pinpointing has been successful. But how much of that is real and how much is simulated for various reasons? Even scientists are sometimes baffled. Where does one draw the line between having something hurt them ("I'm getting nauseated") and having something just annoy their aesthetic principles ("I hate that scent")? Reportedly the percentage of genuine medical conditions is very low. "Hey man, you stink!" is politically incorrect, whether the stink comes from body odour or perfume or smoke...Has this political correctness which has pervaded the American society prevented men and women from giving voice to what displeases them in a rational and level-mannered way, thus provoking secondary reflexes that lead to overacting and passive aggressiveness? I think it has.

Scent mapping is starting to become the equivalent of turf wars and a victim attitude that would "pay" for other things, some of which are tangible in the form of monetary recompensation. People have got ideas, after that $100,000 settlement. But it is the power trip which gives the thrill. Scent has always biologically been a way to mark one's territory and man (and woman), a grown-up animal out of the jungle, is refining the process by donning olfactory shoulder pads, marking one's personal space. Refuting someone's right to gnaw on your own personal space -within the public one- seems like resistance to usurped authority, claiming part of the common territory back, setting the line on someone's power. Doubly so, as perfume choice and individual odour is such an intimate, personal matter. It reads as rejection of someone on a deep, core level. How many times have you rejected a potential lover because you didn't like the way they smelled? And how many times have you felt flattered because someone praised your scent?
"A person doesn't necessarily have a right to wear perfume, but the person does have a right to be able to breathe in the workplace" is cited as reason for the indignation. Clearly perfume wearing is considered frivolous. The floodgates on entitlement to rights and the cult of "me" opened up at some point during the last 20 years, after which a major step back in basic manners and common sense ensued. Which brings me to another point: It's noted that the majority of complaints and the escalation of such cases is witnessed in the US (and to a lesser degree Canada). Other countries do not have such a problem (yet, at least). Why is that? I believe it has to do with a couple of reasons. 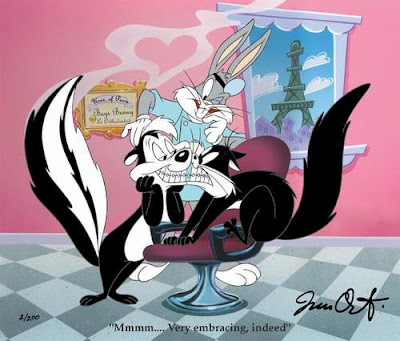 First of all, the frivolity of perfume seems ingrained in a WASP mentality, the glorification of soap and water of almost religious significance. "Cleanliness is next to godliness", right? Interestingly, the aphorism is similarly coined in other languages to extol the value of cleaning up; but the connection is not made to the divine, but rather with other values, such as social status. To further this syllogism, one might argue that by eschewing the god-prefered clean smell of soap and water, covering it up with perfume is "reeking" of suspicious motives. What are you trying to cover up, dude? Perfume wearing has for long being tied to members of the fair sex of low reputation in particular (parfum de puta), trying to cover up the smell of other men on them, or a witch-hunt mentality in which scent was used to ensnare men and control them through the subliminal medium of olfaction.

Another reason might be that the cubicle farm culture is most prevalent in the US rather than other countries. The tight-knit space does induce discomfort, conflict and ennui! Someone has to be blamed and perfume is so easy to target. Especially so since smells invade our space and trigger emotional responses. Which makes me further the thought: Has no one considered Sick Building Syndrome? Several of the symptoms described for perfume intolerance happen to be identical with those for the above condition.

What is perhaps even more intriguing is that I distinctly recall a perfumer saying that American perfumes are made with a higher concentration within the established Eau de Toilette and Eau de Parfum concentrations so as to satisfy the taste to have your perfume announcing you, a form of "olfactory shoulder pads" which used to be very demanded by the market focus groups on US soil. Historical fact confirms that some of the most potent, powerful fragrances first met with success in the US, such as Narcisse Noir by Caron, due to this preference. In a globalised market perhaps this isn't always the case, although several popular fragrances do get produced at different factories for different countries ("made in US" vs "made in France" etc., plus the difference in the alcohol used as a carrier vehicle for the essences) Several of the modern "clean" scents bearing American brand names (the Clean brand for instance) are so harsh and synthetic that they do pierce sinuses. In view of the above is it any wonder that lots of Americans are complaining? I don't think it's entirely their fault! But it does make for a new arena for the claim of personal space in an increasingly tight, overpopulated world.

On to you: Is perfume the latest taboo? Is it the new weapon to battle one's battles in the workplace? Do you have any problems from someone else's scent?

pics via legalblogwatch.typepad.com and dentalcollectibles.com
*Share with link: Monday, July 05, 2010