Reflecting upon the musk fragrance samples I have received (a couple still missing in action) for the Mystery of Musk project, I am reminded of how the mind works and what associations and -sometimes received- expectations we place upon things. The Mystery of Musk began as an innovative project in which natural perfumers tried to render a viable, sustainable animalic musk through non-animal (musk deer) sources. As we had announced, this was an across the globe project challenging us into coming with terms with different interpretations of what each of us holds as "the standard" of what musk should smell like. Some of them deviated from the path; fledging full compositions which gained independence and "indie-pendance". 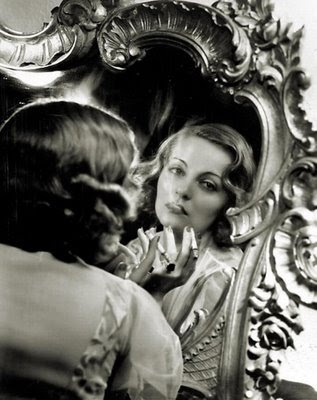 What I mean by that: Most of the time, one cannot forget that they're smelling artisanal perfumes produced along a specific set of parameters, although they accomplish some of the aesthetic criteria we've come to expect. But in the arena of musk specifically, there are unexpected twists and turns to be taken and today we're tackling two of them. To cut a long story short, two musky versions which are not particularly...musky. But they have other things to recommend them, should you find yourself interested.

Jane Cate of A Wing and a Prayer Perfumes was inspired for her Tallulah B by classical Hollywood glamour and specifically the bon vivante Tallulah Banckhead who liked to proclaim she was "as pure as the driven slush". With role models like this... Still for Tallulah B the perfumer went for a subtle, botanical vibe which feels like a daguerréotype: the focus is not verisimilitude, but rather an impression of a person or object. The scent feels indeed like a woody floral, a delicate one with the trail of ambrette pods. Much like Connie Porter in Lifeboat (1944) by Alfred Hitchcock, it seems like it laughs in the face of heavy, seductive type musk recalibrating our perception of it, proposing a fragrance that utilizes the note in a roundabout way, underscoring subtly the soft florals (child-like linden blossom, a tincture of muguet...is that really possible? Would it produce a spectre of the little bells?). Cynical like Porter? Not really. More like a different take from someone who admits "I don't usually blend with musk".
Disclaimer & correction: Jane Cate has issued two versions of Tallulah B, recalling the first one (hereby reviewed) in favour of Tallulah B2 which is muskier, meeting the requirements of the project. Since I haven't received the 2nd version yet, I limited myself to the first (sorry for the confusion), but will amend when having sampled the second one. Watch this space!
Wing and Prayer Perfumes appear on the official site and on Etsy. 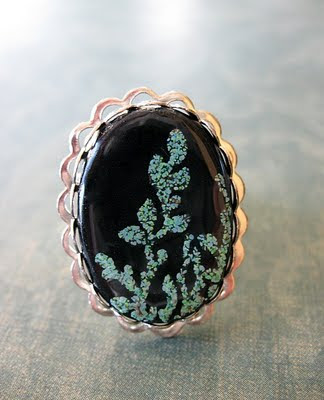 Verdigris by BellyFlowers Perfumes says it all by its name, a paronomasia uniting "ambergris" and "verdant" but also evoking the patina on copper or bronze metalware, the greenish tinge that the French called "vert-de-Grèce" (Greek green) when referring to the specific colour in painting. Probably inspired by both those references as well as the lush tropical feel of the Florida state where the perfumer Elise Pearlstine is stationed, which would be conductive to not only copper oxidizing into copper acetate but to inhibitions also, Verdigris is presented as "musky and green, rich and sexy".
Green, the scent certainly is, mating green accents of lavender, clary sage and violet absolutes, folded by a heart of powdery soft opoponax absolute. In the base, the muskiness is achieved through the synergy of ambergris tincture and labdanum absolute (the latter is clearly detectable). The opening has the herbal aroma that herbalists would prescribe for a case of rebalancing, while the progression veers into an earthier palette with the deep, hypnotic lappings of labdanum. Compared to sweeter and more body-conscious renditions, we're dealing here with a fragrance that doesn't aim to provide a heavy-lidded, khol-eyed musk and this is quite apparent: Whether it was the intended goal, I leave it to the perfumer, but something tells me that it was.
Belly Flowers Perfumes are accessible here.

Both fragrances have average tenacity, which means they perform pretty well for all-naturals compositions, considering.

Please refer to this list for the other participating sites on the Mystery of Musk project.

Email ThisBlogThis!Share to TwitterShare to FacebookShare to Pinterest
Labels: a wing and a prayer, bellyflowers perfumes, labdanum, musk, review, tallulah b, the mystery of musk project, verdigris