Who, at the first sign of frost, doesn't long to be wrapped in an oversized cashmere throw, sit by the fire, grab a good book, and sip something spiked and fragrant while the snowflakes outside are dancing the polka? January's chilly winds and all too brief days call for heavier knits, formal furs to banish the cold and an inferno of fragrance to get through it all; and cold it has been, unusually so this year for this corner of Europe! 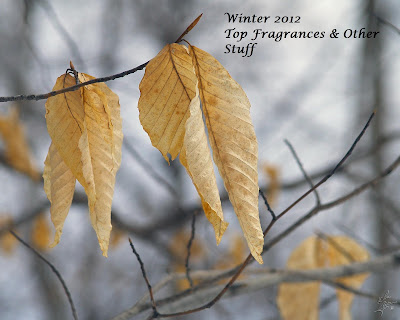 Seeking warmth in your perfume can be a subtle reassurance in cold weather, but it can also be fun to try to match, getting the fragrance notes to smell painstakingly pure as if emerging out of a snow bath Venus-like off the waves. There is indeed a two-pronged approach to choosing personal fragrance for winter wearing:
One is to go for traditional oriental elements, warm resins and balsams, rich florals and amber blends; creating contrast and invoking via perfume-magic mellower lands where the night is always warm and bodies radiate the heat of blood rushing to the skin's surface. Another, more unusual one, is akin to homeopathy: inject a bit of cool silkiness to the routine, letting the outside cold enhance the silvery, metallic qualities of the perfume. Therefore throw in a mix of irises, artemisia, wormwood, angelica and gentian essences, cool celebral notes, and sour frankincense smoke that trails behind like the ashes off an extinguished censer...
It's also just the time for precious vintages (do a search on PerfumeShrine for plenty of ideas on those) and for parfums fourrure, since putting these perfumes on is as enveloping as donning my fur jacket and you wouldn't don a fur jacket in August, would you?

Here are some of the fragrances and other stuff in my rotation this winter to stir the senses and banish (or embrace, if you like!) the cold.

Guerlain Tonka Impériale
Wearing it on winter sweaters and scarfs (where it clings for days, radiating seductively) is akin to getting caressed by a honey mink étole, smelling fine cigars in a salon de thé serving the most delicious almond pralines on panacotta.

Caron Poivre
As warm as a fur coat, as arresting as pepper spray, a pas de deux on clove and carnation blossoms; or the scent of Cruella de Vil. I bring out the sable and pretend I'm wicked!

Armani Prive Bois d'Encens
A clean smoky incense that wafts from the forests on the cool wintery air, gloomy cedars silently silhouetted in the distance. 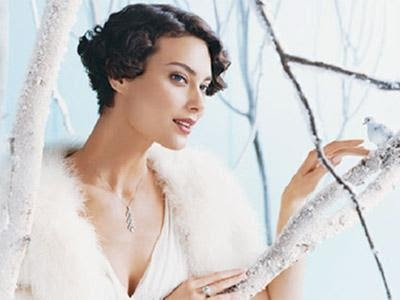 La Myrrhe by Serge Lutens
Myrrh gum is part of ecclesiastical incense alongside frankincense for millenia. You would expect an oriental, full of resinous mystery, going by the name, right? Lutens goes one better and infuses the bitter ambience of myrrh with candied mandarin rind and citrusy aldehydes which bring this on the upper plane of an airy aldehydic. Somehow it wears lightly but solemnly too and it resembles nothing else on the market. Cool days bring La Myrrhe's attibutes to the fore and it remains amongst my most precious possessions.

And of course, Bottega Veneta Eau de Parfum
If you yearn for the sweetly pungent and at the same time totally "fabricated" smell of a good, old-school leather fragrance...then the fragrance release introduced by the Bottega Veneta brand (the apex of leather luxury) is set to stir your heart with unbridled longing. And deservedly so: Bottega Veneta Eau de Parfum is unquestionably "mighty fine"; it made it both to my Top 2011 Best Fragrances list and my Autumn Sensuous Discoveries list. Now it's on my Top Winter things list too. Figures...

I'm also crazy about discovering Nostalgie by Sonoma Scent Studio. There's a sheen sans pareil about wearing a graceful floral aldehydic smack in the middle of winter, everything just seems to sparkle brighter under the tentative sun! In that vein, expect a review of the graceful L'Ame Soeur by Divine and an update on its slightly re-orchestrated reissue shortly on these pages!
Winter is also the time to indulge in some body pampering. Heavy oils and unctuous creams suddenly seem welcome, decadent, like a deserved small luxury.This winter I have seriously lost myself into the scentscape of vanilla pods, almonds & toasted cereals of Cacharel's Gloria Bath & Body Oil. I also regularly turn to L'Occitane Creme Ultra Riche, crammed full with shea butter, for all topical dry skin emergencies.

Food-wise, winter weekends is the time to make time-consuming, elaborate dishes like Armenian "manti", called Tatar Böregi in Turkey (recipe to follow on subsequent post), full of the warming aroma of all spice, cinnamon, cumin and clove. I also love to prepare home-made halwa with semolina, raisins and roasted pine nuts. Yum!

Intellectually I have been stimulated through work mainly this season. But off-work hasn't been totally idle.
I took an interest to John A. Hall’s “Ernest Gellner: An Intellectual Biography", recounting the exiling of intellectuals of Eastern Europe because of communism and Nazism. The relaxed pace of an evening by the fire also perfectly fits reading poems by Emily Dickinson and Kostas Karyotakis thanks to their slow pace and melancholy. I also caught The Girl with the Dragon Tatoo in cinemas this winter: It's atmospheric and suprisingly loyal to the original Swedish version, so if you need a rec, go watch it!

Please visit the other fine participating blogs in this project for more ideas:
All I am a Redhead, I smell therefore I am, Katie Puckrik Smells, The Non Blonde, Under the Cupola, Waft...what a fragrance fanatic thinks.


Related reading on Perfume Shrine:
Poll: Readers Suggest Fragrances to Warm You in the Cold ,
Sunny Fragrances to Beat the Winter Cold