"From his brown and golden fur
Comes such sweet fragrance that one night
I was perfumed with it because
I caressed him once, once only". 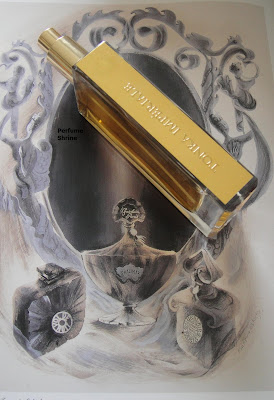 Thus writes Charles Baudelaire in his poem Le Chat (The Cat) defining the tamer interpretation of le parfum fourrure ("fur coat perfume"; for more info on this concept please refer to this article and this one). That feeling could equally well apply to the newest Guerlain exclusive, Tonka Impériale (Imperial Tonka). That is, if you rolled your cat onto caramel and roasted almond powder, assuming via some paradox of nature this feline was sympathetic to humans' desserts and borderline torturous treatment! Tonka Impériale is such a strange and compeling dessert following the manner of la grande patiserrie chez Guerlain, but also underscoring the composition with alternating sweetness & bitterness, luscious deep backgrounds and the multi-faceted nuances of one of the most prized materials of classic Guerlains, tonka bean.

Tonka, with its rich coumarin load, takes pride of place in the notorious Guerlinade, the common "thread" which characterises some of the classic scents of the house, so an étude on this material within a line which focuses on new spins on standardised materials (L’Art et la Matière within Guerlain's boutique scents portfolio) was a natural. Rather in reverse to what Liszt did to Paganini's motifs however, Thierry Wasser, the in-house perfumer at Guerlain who also composed Tonka Impériale assisted by art director Sylvaine Delacourte, subtracts elements from the classical Guerlains to render a purer, more direct and insistent message, like abstract art interpreting an idea of the Baroque Masters. The fragrance doesn't waver or develop, but manages to appear modern while retaining the luxurious and saturated quality of the old creations. A solinote on this material was sorely lacking for a house who has made it the sine qua non of their olfactory tradition and this new offering is salivatingly tempting, even for non gourmand-following folks! 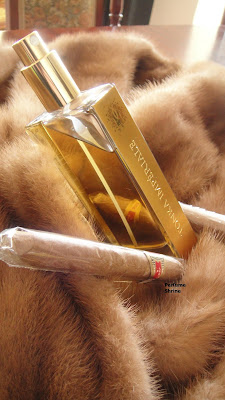 Tonka bean (coming from the South American tree dipteryx odorata) is an exceptional and costly material that presents fascinating facets of culinary delights; from aniseed and licorice notes as well as macaroons, salty toffees and blond tobacco all the way to hay and toasted bread. The comforting factor these facets naturally exude is here coupled to an overdose of rosemary (according to Olfactorum and Esprit de Parfum). The pairing is logical: the almost salty, andorgynous end of tonka is close to culinary herbs. But the comfort factor should in no way evoke an Earth Mother type! In a way this is a modern play on the unisex idea of Jicky: the fougère nuance of lavender (here replaced by rosemary) played on the more langoruous scale of a semi-oriental thanks to the vanillic base (here the more honeyed, caramel and woody tonalities are accentuated). But it will also remind to some the honeyed veil (mimosa, orange flower, heliotropin) of L'Heure Bleue and its bittersweet harmony. Like every great groumand oriental that respects itself, it is also a little bit "poisonous" thanks to the coumarin. 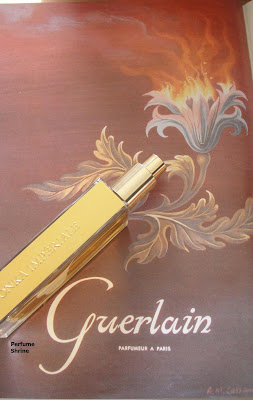 The effect materialising in Tonka Impériale is an amazingly restrained and balanced oriental gourmand (much more in check, less boozy than Spiritueuse Double Vanille; equally delicious and wearable to Cuir Beluga) that I voted for with my Visa, as you can see from my photographs. Wearing it on winter sweaters and scarfs (where it clings for days radiating seductively) is akin to getting caressed by a honey mink étole while smelling fine cigars in a salon de thé serving the most delicious almond pralines on panacotta. Those who would be intellectually intrigued to see Guerlain spin a David Hockney and who keep their lava lamp close by will be left critisizing Guerlain for bourgeoiserie. Those who appreciate keeping the heritage alive will embrace Tonka Impériale with enthusiasm.

For our readers, to give them a chance to try this fabulous new fragrance, a big sample will be handed out to one lucky winner. Draw is now closed, thanks for participating!