The Indefinable Allure of a Signature Scent

“One of the most wonderful things for a man is to walk in a room and know that that woman was here because of that lingering smell.” Isn't that a most romantic thought?Who in their right mind wouldn't want to be thus ingrained into the mind of another? Thus, dreamingly, muses designer to the stars Oscar de la Renta. According to him perfume is integral to an overall look and a woman should be known for her signature scent, as he told StyleList apropos his upcoming fragrance launch, a feminine floral-oriental perfume for the "chic and sophisticated women of a new era" inspired by his own daughter Eliza Bolen. [source] . 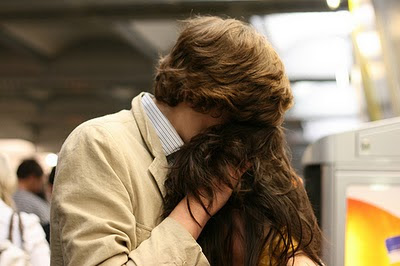 In the 19th and early 20th century the mission of finding an appropriate signature scent was built into the minds of coquettes and ladies of the house alike, becoming a laborious occupation and a rite of passage. Women chose at an early age among tiny nuances within set parameters. Ladies of virtue went for violets or roses, but done in a variety of styles and with small details differentiating from maker to maker. The promiscuous or demi-mondaines went for jasmine and tuberose in unapologetic mixes, still treated to the slight variation of technique that produced an array of interpretations. But once they chose, they stayed the course, being identified by their choice. Sometimes they were more faithful to their perfumes than their husbands, preferring identification by intellectual and emotional choice than societal mores.

Finding one's signature scent is an all consuming occupation today as well, in those in whom it is an ardent desire and in those in whom the pang of the new or the newly-found drums its drum with the fervor of the newly converted. Lexa Doig, the Canadian actress best known for her role in the Tv series Andromeda, admits she can't curtail temptation when she says "I'm totally on a mission to find my signature scent, but I'm too mercurial". Fashion model and TV-presenter Lisa Snowdon finds the variety hard to resist: "I enjoy popping in to World Duty Free at the airport and trying out perfumes - I can never resist a new scent". So, I bet is the case with most perfume enthusiasts or fragrance writers such as myself. Even if we know our true tastes very well indeed, the lure of missing out on something unanticipated keeps us on our toes. After all the concept of changing fragrances according to mood and fashion trends is a clever device of marketing to get us to consume, otherwise where would the market be? On the antithetical pole, we have Oscar de la Renta's thoughts (who perhaps ironically enough has his own share of eponymous scents beneath his belt): “I say a fragrance should become part of your identity. [...] When I want to smell that fragrance, I want to recognise you by it”. He's not alone.

Perfume writer Susan Irvine, who tests fragrances for a living, recounted a story in which a young mother was telling her how a particular fragrance was encapsulating a particularly happy era in her life, getting her first job in New York City in her early 20s; but also how she purposefully extended its aura into how she wanted the rest of her life and her personality to project: crisp, energetic, with the dynamism of a young woman who is gripping metropolis by the horns and makes things go her own way. The definition of a signature scent, this magical amulet never missed to put a spring into her step. But it also stood for something more: "I like to think that when I die, this is what my children will remember me by" she finished. The fragrance of pure rapture and dedicated passion in question? It was none other than Aromatics Elixir, the Clinique classic which still goes strong since its introduction in the early 1970s. Irvine was inwardly ~and outwardly too, come to think of it, since she divulged the story, didn't she?~ questioning her own choices, her fickleness and pondering on the existence or not of children as historians of the scent trail that is left lingering in ether and memory long after someone passes. The fragrances we choose become our own memorable chronology, marking important events: our first job, a fling that slowly becomes something serious, the birth of children, a promotion, the passing of someone we cherish.

Signature scents can become our own geography as well; precious places that come back, without beckoning, upon uncorking a rich bouquet of complicated molecules. In the words of Diane Ackerman: "Nothing is more memorable than a smell. One scent can be unexpected, momentary and fleeting, yet conjure up a childhood summer beside a lake in the mountains". How many among us think lovingly of holidays spent on some beloved locale, peppered with precious memories and beauty that sustaining us in the months of daily commute? 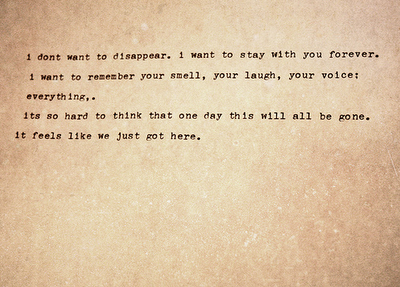 But more deeply than either personal history or individual geography, signature scents can be signposts of the self: I remember my own mother, her bosom and her endless scarves aromatized by the mysterious vapors of her beloved fragrance, rising as if from within her very self: Was Cabochard by Madame Grès such a womanly mantle in its vintage form or was my association of it with her that tinged it with the exasperation of an unfulfilled longing? The thing which made it so magical in my heart? Continuous wear seemed to have effectuated not only a change of the person thanks to the perfume, but, mysteriously enough, a change of the perfume thanks to the person, even in its bottled form! Cabochard thus lost some of its aloofness, gaining instead a sui generis enigma that was beyond anything else a daydream; like she was.
She didn't always wear Cabochard, having the occasional fling with other fragrances that tickled her fancy, like women who are faithful in other ways, and she seemed to instinctually instill some of her primary goodness, her unbridled kindness and openness to the world in each and every one of them. I smell those fragrances now on my own skin and I find them lacking compared to how she manipulated them into something ghostly that evoked no other but her.

That signature scent remains poised on a scarf locked in a drawer. Whenever the mood strikes me, I gingerly open a tiny crack when nobody watches and, scared I'm letting out a little bit of a finite amount of an eidolon each time, I'm inhaling a miniscule whiff while my eyes get misty.

And you? Do you embrace the idea of a signature scent or not? And why?


pics via pinterest.com and sparkles & crumbs