It is all too often that I come across pronouncements having to do with differing perceptions on fragrances that end with "Everyone is different and perfume is so subjective" or "One woman's poison is another woman's meat" (no reference to any specific Dior fragrance infered!). I fully realise that it is a polite way to agree to disagree. Nevertheless it accounts for a severe skewing of perception of art forms and muddling of "beauty"(i.e. harmony) vs. "attractiveness" (i.e. personal associations and quirks). The two are not interchangeable, nor mutually exclusive or inclusive. 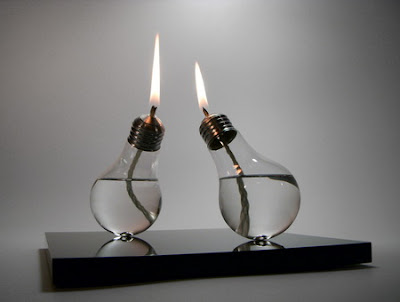 If we are to consider perfumery as an art form (a concept that was pioneered by Edmond Roudnitska and increasingly popular in our days of niche brands plethora) such pronouncements present something of an oxymoron. Something can be beautiful and nevertheless not attract you personally, just as much as something can be ~by virtue of the common denominator~ termed ugly and yet you find yourself madly enamored with it! This is because beauty and attraction are two completely different qualities and to muddle between the two amounts to a confusion of aesthetic principles. So without escalating this into a manifesto, let's disentangle the matter as pertains to perfumery and its aesthetics.

If perfumery is to be held as an art form, then it should capitulate to the rules of other art forms: It should be judged on aesthetic grounds and present measurable qualitative and quantitative criteria. Aesthetics is generally viewed as the "critical reflection on art, culture and nature." and as such it is subordinate to axiology (a branch of philosophy). The very word has an interesting etymology that brings us closer to its true core: αξία in Greek means value, as in monetary value, but more importantly in this case as moral value, i.e. as an ideal to be reached. Therefore aesthetics and art philosophy in general aim at establishing and questioning the moral values shaping any specific art form (NB. By "moral" I do not refer to Judeo-Christian nuances of the term).

The experience of "beauty" often involves interpreting an entity (a human being, a painting, a perfume...) as being in balance with nature or presenting a view of harmony; in essence this is the classical ideal, a concept that considers the context as important, thus rendering a replica of Capella Sixtina's dome in the lounge of a Las Vegas casino ultimately kitch, same as wearing an extrait de parfum by Chanel in order to denote one's superior taste or social status [But more on that on our article on kitch here].
This harmonious coexistence might in turn produce feelings of attraction and emotional well-being. Because this is a subjective experience, the pronouncement that "beauty is in the eye of the beholder" is often referenced. Defenders of this view consider beauty to engender a salient experience, reflecting on the meaning of their own existence, therefore imbuing beauty with personal resonance. However as with everything a little more in depth exploring is warranted.

The classical Greek adjective for "beautiful" is καλός (ka-LOS), as in καλός καγαθός in Homer (It denotes excellence in character, social status and physical attributes, all at once). The Koine Greek word for beautiful in contrast was ὡραῖος (hō-RE-os) which derives from ὥρα (hōra), meaning "hour." Therefore being of "one's hour", in context with time and place was considered the mark of true beauty. Our society that produces fruit outside their normal time-frame in greenhouses and puts women under the knife for them to appear younger (or encourages teenagers to abandon their fresh looks in favour of an oversexualised, mature image) is clearly out of synch with this concept. Consider how when judging a perfume we are ascertaining its place within its historical context, like we did with Chanel No.46 or Patou's Ma Collection fragrances, but also how it should present a quality of timelessness, like for instance the classical vetiver colognes that shaped the genre. Certainly there are fragrances 'of their time' and 'for all time' and sometimes the two wonderfully interlap (Eau Sauvage, Coty Chypre, Guerlain Shalimar to name but a few). 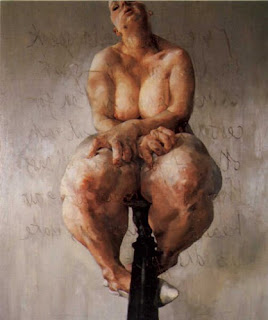 But agreeing on specific terms doesn't always come naturally. Immanuel Kant brings the example of a man: "If he says that Canary wine is agreeable he is quite content if someone else corrects his terms and reminds him to say instead: It is agreeable to me," because "Everyone has his own (sense of) taste" (1790). The case of "beauty" differs from mere "agreeableness" nevertheless because, "If he proclaims something to be beautiful, then he requires the same liking from others; he then judges not just for himself but for everyone, and speaks of beauty as if it were a property of things."
This truth may appear almost fascist to today's political correct sensibilities of tolerance and acceptance of difference, but like with accessing Leni Rifensthal's Triumph of the Will, there might be moral reasons to feel horror because of it, but aesthetic reasons to feel awe all the same. The axiom that emerged in the 19th century romanticism milieu became "Beauty is in the eye of the beholder" evoking a perception of ugliness as potentially mistaken or short-sighted. Popular fairy tales taught from the cradle onwards, such as The Ugly Duckling by Hans Christian Andersen, helped cement this idea.

Yet the saying is a perverted twist on the most unexpected source: Plato! Plato argued powerfully in favour of the objectivity of certain values, such as good, beauty and truth, mapping them outside an individual's sphere of perception or belief. Talk about irony! In his philosophical system ~as displayed most famously in the Allegory of the Cave~ there are two worlds, the physical one in which we live and another, abstract world of unchanging truth; the physical world seen as a mere reflection of the more perfect abstract world (A modern twist of which is found in The Matrix of all things). In Symposium, the Greek idealist philosopher advises: "Remember how in that communion only, beholding beauty with the eye of the mind, he will be enabled to bring forth, not images of beauty, but realities (for he has hold not of an image but of a reality), and bringing forth and nourishing true virtue to become the friend of God and be immortal, if mortal man may." A mental judgement of beauty does not exclude that there is a specific idea of beauty, in fact αξία, a moral value! (On that note Drew A. Hyland wrote an interesting book named Plato and the Question of Beauty)

The ambiguity of the Sophists movement in 5th century BC Athens ("everything is relevant, everything is subjective") culminated (via the Neoplatonics) into the romantic notion of subjective beauty, which coincided with the "widening" of the world into empires that spun two hemispheres: The shift from Victorian to Edwardian ideals as pertains to beauty and art are a mere example. Judgments of aesthetic value were also linked to judgments of economic or political value, focusing on what a thing symbolises and thus judging the thing through its symbolic value. The emergence of luxury perfume houses and purveyors of fine cosmetics (Guerlain, Houbigant, L.T. Piver, Lancome) bore a role of ascertaining a social position that was marked by acknowledging beauty and reaping its benefits. 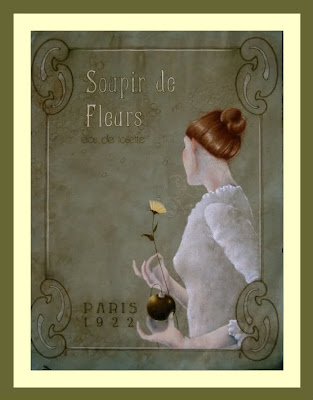 Aesthetic judgment usually goes beyond sensory discrimination. David Hume proclaims delicasy of taste as "the ability to detect all the ingredients in a composition" (discerning all notes in a perfume?), but supplements it with the sensitivity "to pains as well as pleasures, which escape the rest of mankind", indavertedly jump-starting the whole modernist theory of art that is conceived to shock or repel (compare this with the desire of perfumephiliacs to explore the arcane and the initially "weird"). Sensory discrimination is therefore linked to a capacity for "pleasure" and when pleasure arises from sensation then we have "enjoyment" (as per Kant) But this sensation as explained in The Critique of Judgment correlates the "beautiful" with engaging reflective contemplation, rendering any pronouncement on beauty a sensory, emotional and intellectual endeavour all at once.

Therefore in order to ascertain the beauty of a perfume, one should employ beyong the gut feeling of like/dislike some other criteria:

One can absolutely dislike something that they respect as a work of art and vice versa.  Not everyone likes the Taxi Driver, but it's a great movie for several reasons. Many people love the Beach Boys but they're not on an artistic par with the Beatles, say, again for several reasons.
There needs to be an end to the political correctness of "everyone smells differently/ perhaps it's my chemistry" in order for the perfume community to accept fragrance not merely as a sent bon (nothing wrong with that, per se) but as an art form.
Perhaps the wittiest epilogue is decidely low-brow but, ah, so apt: "Beauty is in the eye of the beholder and it may be necessary from time to time to give a stupid or misinformed beholder a black eye."


Light bulbs with flame via cache.wists.com. Painting of fat nude by Jenny Saville via blog.robbiecooper.org. Parisian illustration from 1922 via lovesponge03/photobucket.