Radiant, yet weightless, Tiare radiates the sharp, bright light one notices reflected on sunny days in the northern extremities of the Northern Hemisphere rather than the tropical beaches evoked by the name (coming as it does from the national emblem of Tahiti). Possessing an arresting optimistic streak of intense hesperidic notes ~lime and mandarin~ along with shimmering, diamond-like florals in the heart, the composition of Tiare projects with an unexpected verdancy and a scintillating aldehydic shimmer akin to sipping champagne on ice. In its way a discombobulating fragrance, but all in the best possible sense! 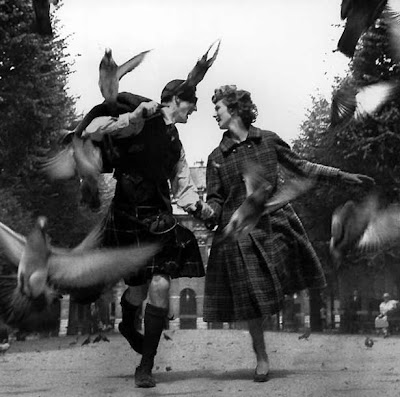 With the citrus touches, the (unmentioned) lily of the valley sweetly-piercing floralcy, and the delightful white florals (green jasmine and a subtle budding gardenia/tiare note) underpinned by a mossy-woody base I feel I ought to be out hopping along in a brightly reddish-coloured tartan skirt, getting the kind of frivolous and topsy-turvy fun we see in 50s and 60s black & white photographs that requires a cunningly naughty (gay?) male friend, a well-decked bank account and a big dollop of sentir bien dans sa peau. The amazing thing about Ormonde Jayne's Tiare is that it manages to give that feeling even if you do not possess any of the above, instantly putting you in the brightest mood as if the world is your personal buffet and you're choosing your hors d'oeuvres with gusto!

Linda Pilkington, the founder and creator of Ormonde Jayne, has used Tiare Absolute from Tahiti (extracted in Tahiti, refined in the US and furthermore in France before it reaches the OJ studio in London). The process is labour-intensive: the Tiare flower is hand picked whilst still unopened and laid in oil for 15 days to extract the fragrance. “From the moment I first encountered Tiare, the search was on to find the purest oil extraction. Tiare is a flower that doesn’t give up its secrets easily and it took many different incarnations, finding a subtle progression from citrus to flower, before I felt that we had an exceptional perfume.[...] Like the woman who wears Tiare, this is a perfume that totally ignores seasons and the time of day, a perfume so artfully blended and infinitely refined... but with a dash of scintillating appeal". 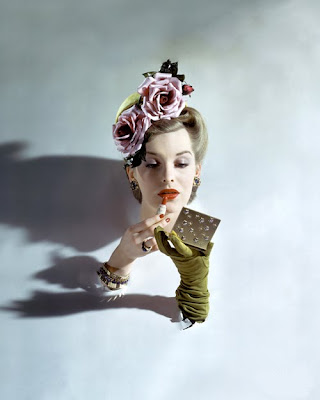 While talking with Linda, among other fascinating stuff, she had intimated that in her youth she had been an enthusiastic perfume wearer who mixed Diorella and Eau Sauvage. With such illustrious specimens as amulets, it's not hard to see how the best elements of both have sneaked their way into her latest creation. The initial impression of Ormonda Jayne Tiare is similar to the one I get when spraying Cristalle by Chanel, the folding of mossiness and cool grass into hesperidia. The kinship is more pronounced with Cristalle's Eau de Parfum concentration, in which the floral heart shimmers underneath the sharper elements, lending creaminess and descreet sensuality. In Tiare the gardenia, ylang-ylang and jasmin take the role that in the former was reserved for honeysuckle, imparting a mild sweetness that never becomes too much. Another example of the delicious champagne-bubbles-feel I am getting would have been Miller Harris Fleur du Matin and lovers of either scent are strongly urged to sample Tiare. You can thank me later...The lasting power is beyond amazing, which is usual with Ormonde Jayne scents (if you notice they tend to leave a tad oily film on the skin which proves just how generously rich they are in pure essence).

What is most impressive however is that despite Cristalle's pedigree it can often come across as bookish-secretary-in-a-sterile-office which limites its romance-wearing after-hours potential, but somehow, someway Ormonde Jayne managed to bypass that and combine both worlds: the intellectual and the sensual, the upbeat and the romantic; in a word, I'm hooked and my dithyrambic isn't at all misplaced! Tiare could be panseasonal, easing its way from the coolest of winter to the humid days of summer. In fact I long to wear it on the brightest snowiest morning when all the world looks like a tabula rasa for my writing, under the silent blanket of white...

My credit card trembles with fear at the prospect of having fallen hard for its charms. So should yours!

Photo of model Suzy Parker and Robin Tattersall in Scottish tartan wear by Richard Avedon via schukina/photobucket. Art photography by John Ralwings for Vogue (March 1943) via vsnrydrmr.com. In the interests of disclosure I was sent a sample vial from the manufacturer.
*Share with link: Wednesday, November 04, 2009