Savouring Vanille Galante by Hermès now that the weather is getting cooler again, I am struck by its "solar" effect, a warming, "open", bright effect that is rendered through the use of salicylates: benzyl salicylate, cis 3 hexenyl salicylate, and iso amyl salicylate. To the perfume student these molecules present fascinating facets on the path of creation because salicylates encompass complimentary aspects and aid diffusion, making fragrances open up and "expand" in a sunny, exhilarating way. Gardenia, tiaré, and frangipani accords are usually built on salicylates and their summery vibe warms our heart even in winter. In this article we're going to occupy ourselves with the ones which are most often used in fine fragrances. 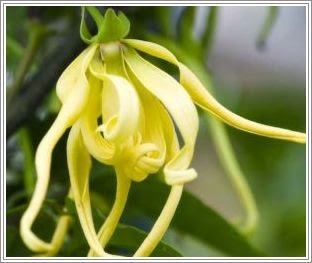 Benzyl Salicylate (benzyl ortho hydroxy benzoate) is an almost colourless liquid that has a mild balsamic, sweetly floral note possessing excellent blending capabilities. Often used ~like foundation is for make-up~ as a base for heavy florals such as ylang, gardenia, jasmine, lily etc. It is also used in functional products such as soap, shampoo and fabric softener. Along with Methyl Salicylate, salicylates “turn the most banal floral composition into a real perfume, with majestic weight and sweep” divulges Luca Turin. However some people are anosmic to it, including some perfumers. Guy Robert could not smell benzyl salicylate at all, but could instantly recognize its presence in perfume: “I recognize it as if it were a friend seen from behind in a crowd, by the cut of his shoulders”. Indeed in the words of nose Bernand Chant “it produces a diffusing, blooming effect very pleasing to the public”. Many orchid fragrances are built on salicylates, while the mysterious emerald glow of the vintage Je Reviens is also due to them. Coupled with eugenol and isoeugenol, the effect becomes almost carnation-like with its clove tint. The magic of benzyl salicylate can be best experienced in the archetypal floral bouquet of L’air du Temps featuring an overdose of the ingredient. Its progeny included Wind Song, Norell, Estée, Charlie, even Angel! However the recent restrictions on the use of benzyl salicylates have taken their toll on many floral fragrances, L’air du Temps included, which simply do not smell as they used to.

Amyl salicylate (pentyl ortho hydroxy benzoate) is a colourless liquid related to coumarin olfactorily, frequently used to round off a composition and fix fine fragrance (floral or non-floral) even though not a constituent of volatile oils. The molecule is also referenced as orchidee, trefle or trefol due to its orchid-like lightly sweet floral and herbaceous-green aroma and its inclusion in L.T. Piver's 1898 mythical Le Trèfle Incarnat. A tiaré accord built on amyl salicilate is used in the Dior Bronze range to impart the lightly powdery floral nuance which serves as a reminder of beloved products of sunbathing (see below). Chances are you've smelled amyl salicylate in your favourite shampoo, deo, hair spray or fabric softener too as it is so prevalent in those products or used it in your anti-rheumatism prescription. 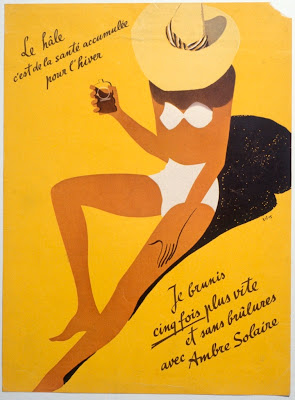 Ylang ylang (cananga odorata), a very frequent floral essence in perfumery and a constituent in Vanille Galante which prompted these syllogisms in the first place, naturally encompasses salicylates and eugenol (a spicy ingredient); the former in the form of benzyl salicylate is the basic ingredient in the Ambre Solaire suntan lotion, with its white flowers tinge, which is synonymous with summer vacations to many Europeans (The ingredient first entered the composition for its sunscreening properties and later overstayed thanks to the fond reactions of users to its smell). Even the humble aspirin is a product of salicylates. The magic of salicylates is that they creep up on you from the most unlikely places!