Art Revered for the Sake of Reverence?

In the film “How to steal a million” (William Wyler,1966) the plot revolves around a prized Cellini Venus lent by the heroine’s father to a respected Paris museum; the minor detail is the Venus statuette was not sculpted by Cellini but by Nicole's grandfather, who is a forger! (Art frauds are nothing new) The audience is kept at such a distance thanks to technological systems guarding the art piece that no one can discern the truth. 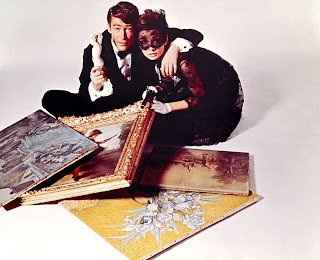 Yet audiences and critics don’t want to see the sculpture itself, they insist in admiring its value. It’s a monetary value, to be sure, but, more than that, a value of prestige. The work of art is exalted not merely because it is beautiful, but because it has been globally tagged as beautiful. [Of course, if you missed that day at school, art history courses are available online to discuss this in more detail.]

On another real-life occasion a lady reading a newspaper exclaims “By Jove, a Guido Reni painting has sold for X million dollars! Who is this Reni, anyway?!” Another customer at the same café informs her he’s a famous painter. “But how did he manage to become so famous? Those painters have it good! Ah, he’s a 17th century painter, I see…”. And with that decisive tidbit read in the length of the article she returns to her coffee appeased.
What do these incidents teach us and how are they related to art and subsequently perfumery (a form of art for some)?


First of all any piece put on a pedestal is there to be worshipped, it isn’t asking or giving anything really. This is true with paintings and sculptures at the Louvre (your arms would fall off if you attempted to touch the Venus de Milo, such is the guarding!) but also of anything that has attained the status of “masterpiece” such as legendary perfumes (Shalimar, Chanel No.5, Mitsouko, Miss Dior, Cabochard…) Worshipping an art piece ~especially if we are not certain of its authenticity or its well-preserved state or if we do not instinctively like it~ transforms it into a fetish: we do not derive pleasure from it in real time but from the pleasure it had induced in the past! Perhaps to people whom we did not even know! Since the current Shalimar in production is but a pale spectre of itself, how much of this reverence is genuinely heart-felt and how much is cultural upbringing? And how poignant the line in another film is, "The Object of Beauty" (Michael Lindsay-Hogg, 1991) in which the rich couple debate whether to sell the wife’s Henry Moore sculpture, right until it gets stolen, whereas the deaf-mute maid admires it for its beauty rather than the value it represents voicing this immortal line: “It spoke to me; and I heard”.
In artistic terms, the phenomenon of feeling a pre-digested and codified emotion is called Kitsch. 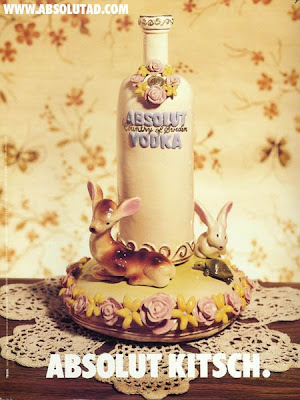 Usually “Kitsch [is] defined as an aesthetically impoverished object of shoddy production, meant more to identify the consumer with a newly acquired class status than to invoke a genuine aesthetic response”. [1]

But in the words of Hermann Broch [2], Kitsch is not only a replica or a vulgar upstart but the entire Modern Art genre from Romanticism onwards ~the latter emphasized the need for expressive and evocative art work, you see~, since art is being made unto a purpose in itself and to be consumed as beauty. In other words, it’s being produced as a museum piece on a pedestal! Broch also accuses kitsch of not participating in the development of art, having its focus directed at the past.

Secondly, we note the graceful, forgiving halo of time. In our example of Guido Reni, if the painter lived, the lady would be livid on how he attained such selling prices. Now that he’s dead, somehow it is considered proper and justified to be famous and valued expensively. Reverting to perfumes, an old perfume is certainly viewed as better than a new release. Or isn’t it? This is especially significant if we notice that in the discussion there was no mention whatsoever of the beauty of Reni’s paintings, only the time-frame in which they were created and the fact that they still circulate. And there is also a kind of appeased class envy: if Reni was alive, there would be some, whereas now there is none. Additionally a crucial aspect isn’t pointed: someone sold the painting for X millions and therefore profited that amount. However that monetary aspect ~which is rampant in the perfumes auctioning as well~ justified via the values of perceived beauty and time elapsed is eluding the aspiring middle-class audience who is brought up to believe in humanistic values instead. According to that Kant dictum, values are intrinsic (thus beauty is a thing of its own and not “in the eye of the beholder”, otherwise there can not be universal masterpieces and the Mona Lisa could be equated with Lucy in the Field with Flowers at MOBA); or alternatively they are born out of a plane of existence more elevated than the audience’s own. Enter the sanctioned plane of the perfume critic who surely “knows”, therefore his/her opinion is more valid than one’s own experience. But that is also another manifestation of kitsch in the sense explained above!
This is why we read such statements as:


“I tried it [Douce Amère by Serge Lutens] for the first time last night and it did not work for me, sadly. Am I just not far enough along in this hobby to appreciate frags like this? Will I like it later? I can tell that it's well composed and appreciate it-- but I don't like the way that it smells”. [3]

And why blind tests between a cheaply produced perfume sur-mesure and a real expensive one do not always play out as one would have expected! 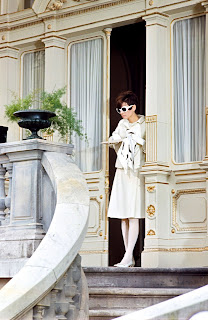 Virginia Woolf captured these problematics in her famous "middlebrow" discussion. [4]Whereas low-brows like that they like, crude as it might be or not (Emannuel Kant describes the direct appeal to the senses as "barbaric" which might be a wonderful reference when experiencing Dioressence, formally introduced as “le parfum barbare”! Think about it!), high-brows like what their elitist stance manifests into creating. Which leaves middle-brows: On the whole they are educated people who aspire into bettering themselves through the appreciation of art.
This indadvertedly reminded me of Philipe Martinet’s scorn on Ingmar Bergman[5]:


“He is the hero of that peculiar creature of our times -the wannabe, the pseudo, the pretend-intellectual who finds the incomprehensible to be profound, the obscure to be enlightening and the disgusting to be ennobling”.

Yet, editor Russell Lynes satirized Virginia Woolf’s concept in the article "Highbrow, Lowbrow, Middlebrow" [6], attributing the distinctions to a means of upholding cultural superiority and subtly lauded middlebrows in their zeal. His parodying of the highbrow claim that the products a person uses distinguishes his/her level of cultural worth, by satirically identifying the products tied to a middlebrow person, has a real and tangible significance in the world of perfume use. Are we better, more educated, more discerning, and more “in the know” because we appreciate an obscure niche scent such as By Kilian Liaisons Dangereuses? Is the effect even more pronounced and pointed as an external attribute because it costs a lot of money too? Does the trend of high-end exclusive lines within mainstream brands (Prada and Armani boutique exclusives, Guerlain Les Parisiennes, Chanel Les Exclusifs etc.), constitute an aesthetic middlebrow manifestation apart from a marketing technique?

Let’s also examine the instance in which an artist (a perfumer?) is invited to spend the day amidst bourgeois society, where he/she is bombarded with questions pertaining to inner meanings of art and philosophy, resulting in equating the artist with how once upon a time the court jester was regarded: someone to provide pleasure and some degree of the inner workings of life and art (Compare with the Shakespearean fool in "King Lear")

I do not purport to have all the answers, but the discussion is open to all and I welcome your input. Milan Kundera said it best in "The Unbearable Lightness of Being":

May we all remember that when faced with a revered perfume!


Thanks to Angela of NST for inspiring this stream of thoughts in the first place.

Refs:
[1]Kitsch definition
[2] Hermann Broch overview
[3] MUA fragrance board quote
[4]Woolf, Virginia. "Middlebrow." The Death of the Moth, and Other Essays. London, Hogarth P., 1942.
[5]What the heck is art.blogspot.com
[6]Lynes, Russell. The Tastemakers. New York, Harper, 1954.
Pics of How to Steal a Million with Audrey Hepburna & Peter O'Toole via doctormacro1.info and Absolut ad via gone4sure.files.wordpress