An Iris Problem: How to Build One 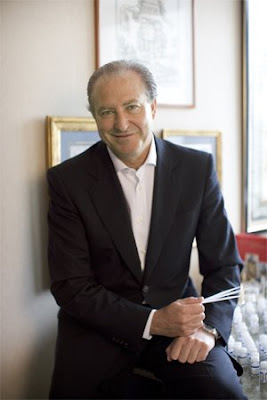 I got a most interesting mail the other day: Someone who is clearly very much a perfume lover and whom I knew before through the blog was asking me what I thought was a perfumer's perfect way to build a masterful iris. It surprised me because I am not a perfumer myself, but intrigued my nerdy tendencies enough to devote a post to it.
I have to put a disclaimer here that the post will feature some chemistry and might be perhaps a little boring for those of you who'd rather read ethereally poetic reviews about fragrances or some comedic spoof take on popular trends. But despite all that and knowing it won't be too popular, I thought it was worth addressing and I promise I will try to state it as simply as possible and even include a small index at the bottom for your ease.

Our reader has been reading what many of you have too: The Emperor of Scent by Chandler Burr, Luca Turin's Secret of Scent and Perfumes, the Guide, many online perfume blogs and boards...the works! Based on that and some knowledge of chemistry on the reader's part, those are the questions posed:

"I know α-n-methyl ionone (aka Givaudan's Raldeine A) was the chief component featured in Iris Gris. I also remember that one also needs irones; they are crucial, since it's this group of compounds that give orris its distinctive aroma.
Now, problem number one: which irone isomer(s) {1} should one use? I know orris emits at least three irones: cis-gamma, cis-alpha, trans-alpha irones. Octavian mentioned alpha irone in his Iris Gris entry (didn't mention which enantiomer {2} was used in Iris Gris). So what would be your pick? Is there a commercial blend, say, from IFF, that produces a good irone bouquet?
Then there are the interesting molecules....I remember Chandler Burr mentioning something about methyl ionones, which is a bit confusing since I assume ionones must have a methyl group stuck with them as well. Is this necessary? In addition, Dr. Luca Turin also talked about Maurice Roucel's ingenious use of Irival (produced by IFF), a nitrile{3} that gives Iris Silver Mist it's interesting quality. Now I'm lost..."

The question is interesting because it goes to the heart of the matter: in order to build a solid, good, true iris, where should the perfumer look?

To my understanding, irones are higher analogues of ionones, because they contain an additional methyl group in the cyclohexane group.
Although irones are indeed present in natural orris, it seems that production of a-irone has become standard, starting from a-pinene via the Caroll re-arrangement. [Basically the schema is going like this for anyone taking notes: A-pinene goes through decarbonylation, gives methyl trimethulcyclobutyl ketone, they add acetylene, there goes the Caroll re-arrangement, we get (trimethylcyclobutyl) heptadienone, pyrolysis is induced, giving methylated ψ-ionone and through cyclization this gives α-irone.]
Let me at this point clarify regarding the Greek letters (α: alpha, β: beta, γ: gamma) in the nomenclature of irones (as well as ionones and damascones) that they refer to the position of the double bond after the ring closure, while n- and iso- to the position of the alkyl group (assuming something other than acetone is used in condesation).

I suspect this ease of production is the reason why we have been flooded with iris fragrances the last couple of years: like Octavian pointed out, it has become easy to synthesize, not to mention it is a great marketability tool in a milieu which thrives on semi-info (the perfume lover usually knows that iris is the most expensive natural ingredient). Two birds in one shot!

But wait: what was that interesting molecule that Chandler Burr was referenced to mention? It must be a-iso-methylionone which had been erroneously mentioned as γ-irone in some old texts. At least, I suppose so... Therefore another irone, used to produce an iris effect.

Concerning Iris Silver Mist and Irival, let me set this straight. The info is not that Irival gives the fragrance its very specific iris scent (I just checked Luca's book before I typed this), but that it has been used in conjunction with other things to produce the ethereal, sad and grey rooty effect that we smell in Iris Silver Mist. Maurice Roucel, the perfumer behind it, used every ingredient he had acess to that had an iris descriptor attached to it, prompted by Lutens who urged him to produce an iris to the max.
There are possibly myriads of ingredients that have an iris descriptor attached to them (meaning they have some nuance of iris in their odour profile); if one reads lists of ingredients one sees that. To reference an example: Like we say that oudh has a musty woody but also nutty nuance when we smell it, the same applies for other ingredients, some complex like natural essences and some less so like single molecules. Roucel probably used all the ones available to him at the time and in the company he was working with.

Basically what I have concluded is that there is no single molecule that alone could account for a sublime effect on any perfume, be it an iris one, a certain jasmine effect or the surreal ones such as those based on dusty lamp and linen drying in the wind notes. Although we're often made to think that chemists discover magical aromachemicals/single molecules (and they do) which in bullet-form could almost fuel a rocket, to bring an analogy, I think that it has to do with context as well. The interaction of different ingredients with each other accounts for many pleasurable and not so pleasurable sensations and therein lies the artistry of perfumery. Rose and patchouly for instance do wonderful things to one another, which is probably why they are often combined. But with what different effects: smell Voleur de Roses side by side with Aromatics Elixir. The result is dissimilar. They are both based on this accord, but they go in different directions from there. Otherwise every chemist would be a perfumer! It takes however something more than that to become the latter.

The secret of producing a masterpiece iris -or anything else for that matter- lies in the artistry of the formula and the sleight of hand of its creator.

Index:
{1}.Isomers are compounds with the same molecular formula but different structural formulae.
{2}.Enantiomers, like their Greek etymology alludes to, are stereoisomers which have a mirror image of each other, much like one's own hands (the same, but somehow opposite).
{3}.A nitrile is any organic compound which has a -C≡N functional group (that is a carbon and a trible bonded nitrogen).