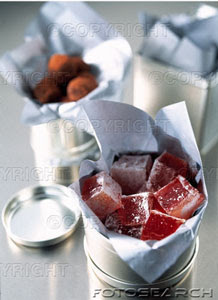 Desserts in Turkey take on many aromatic guises in their war-like mission to ruin one's waistline and walking through the marketplace one faces its own portable amunition.
One of the most famous, referenced even in The Chronicles of Narnia, is Turkish Delight: lokum or loukoum. Contrary to what one might be led to believe from homonymous perfumes circulating, such as Rahat Loukoum by Lutens and Loukhoum by Keiko Mecheri, the traditional jelly-like delicasy, lightly dusted so as not to stick, isn't made with almond nor cherry. Instead lokoum is made from starch and sugar and aromatized with rose water and lemon, giving it a refreshing flavour, justifying the Arab name rahat al-hulkum (=contentment of the throat). Varieties might include little cubes with other nuts such as pistachios or walnuts and some types even have a touch of cinnamon or mint aroma.

Another olfactory delight is Salep, a traditional winter drink sold by street vendors in big copper caldrons. Salep is produced by grinding the dried tubers of Orchis mascula, Orchis militaris and related species of orchids, which contain a starch-like polysaccharide, bassorin, with nutritional and heartening properties. It has a reputation of being an aphrodisiac (which might be accounted by the etymology of its plant source, relating it to the Greek word for testicle!). It is milky, flavoured with rosewater or mastic and dusted with cinnamon or nutmeg, to be optionally sprinkled with crushed walnuts on top. Salep enters along with mastic into the traditional Turkish ice-cream, Dondurma, which is much stickier and resistant to melting than regular ice-cream or gelato.

A perfume that has being inspired by this drink is Ayala Moriel's Sahleb. A wonderful comforting fragrance with a starchy pudding quality about it, it gives you the cosy feeling of sipping a dessert rich in buttery creaminess with the aromatic tinge of mastic that recalls the Mediterranean. There is no floral clearly discernible, yet if one leans one's head and inhales deeply, there comes the subtle nuance of the traditional rosy loukoums of the Bazaar, down to the dusty, powdery feel of coconutty copra enrobing them. Vanillic goodness in restrained doses compliments the fluffy and nutty flavour of this softest of gourmands. It makes me nostalgize of the true salep on the streets of Istanbul. Sadly the true thing is forbidden to be exported. But how lucky are we that there is a fix in the form of a fragrance! 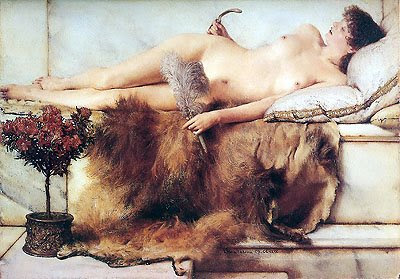 After all this indulgence, one needs to come to terms with one's body. When in Rome do as the Romans do. In this Nova Roma, who could deny a Turkish bath? Cagaloglu Hamami is one of the most famous hammams in the city, constructed in 1741 to bring revenue to the library of Sultan Mahmut I, situated inside the Haghia Sophia mosque. It receives both men (from the main street entrace, on Hilal-I Ahmer) and women (from the side street entrance).
Stepping into the various cubicles and rooms with terlik (a kind of slippers) on the feet and a pestemal (clothing wrap), one can see a raised platform of stone (goebektas) in the center, with bathing alcoves all around, in coloured quartz tiles which remove static and help unwind, by sweating and sustaining an internal dialogue. A sight to behold is the pool in the middle of the camegah with its waterjet.
The light is softly filtered through glass from the ceiling in the hot room (Hararet), with small star-like windows on the domes. The air is fragrant with the essences of various unguents and the mind is dizzied into a reverie. The exfoliation with kese is blissful, using lavender, tea, chamomile and olive oil soap. One can bring their own products and Harvey Nichols at 185 Kanyon Alýþveriþ Merkezi provides a rich selection, among which the organic Jo Wood line (by the wife of Ronnie of the Rolling Stones). Amka Bath Oil contains Persian rose Otto, feminine Egyptian jasmine, along with neroli and bergamot for their uplifting effect. Mmmmm...
Next one can require a relaxing massage to recuperate and energise the muscles, which is followed with hair washing and a cold shower, before drinking dark tea, aromatic and dense, at the old marble café-bar. One could get really spoiled in this place!

And yet in the strange, lucid melancholy of such an abode, I cannot help but wonder how many women or men with tragic love tales, unfulfilled desires and bittersweet memories have passed from here through the years, sighing and opening their souls to one another as mussels do when steamed.

Like this most touching tale: A Touch of Spice

(Politiki Kouzina). A young Greek boy (Fanis) grows up in Istanbul, whose grandfather, a culinary philosopher and mentor,teaches him that both food and life require a little salt to give them flavor; they both require... a Touch of Spice. Fanis and his parents leave Istnabul during the 1963 deportation of Greeks. He grows up to become an astronomer and an excellent cook using his cooking skills to spice up the lives of those around him. 35 years later he leaves Athens and travels back to his birthplace of Istanbul to reunite with his grandfather and his childhood love, the Turkish girl Saïme, now married with a daughter; he travels back only to realize that he forgot to put a little bit of spice in his own life...

A kiss of cinnamon and spice,
recipe hidden in the attic
Moonlight and the Bosphorus lonely
That lighthouse is our childhood love"

On that bittersweet note, we will leave the enchanting Istanbul behind...
But Travel Memoirs will take you to another fascinating destination soon.