What would you think if you were called  a designer's "devilishly aware clientele"? Flattery goes a long way, that's a given. But when it comes to Yves Saint Laurent in particular, it's such high praise that one has to swallow  hard a couple of times and seek what the advertisement indicates immediately. "The invisible dress" is also a great term for a perfume; something to make you "dressed" in the dark; dressed but also flatteringly revealed, mise en valeur as the French say. 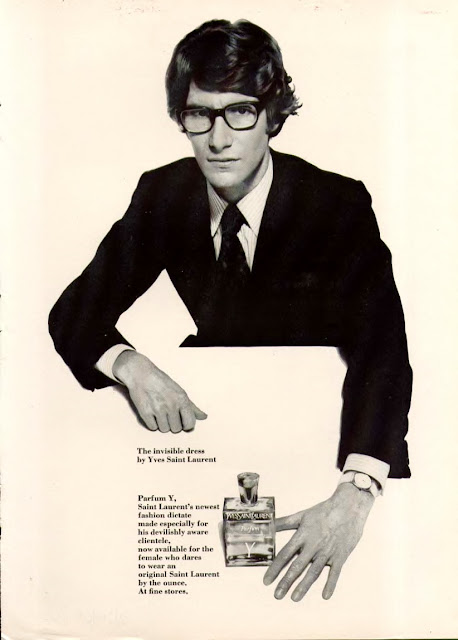 The vintage advertising for Saint Laurent's formidable first perfume, a cool dry chypre  like they used to make them, is noteworthy. [You can read my fragrance review of YSL's "Y" perfume on this link.]
Enjoy two versions of it. One insinuating, the other more explicit while still classy. As befits the designer of designers. 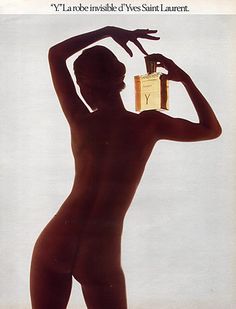