Much like the mysterious (and incestuous) half-sister in Leos Carax's  radical adaptation of Melville's Pierre: or, the Ambiguities (1852) in "Pola X", the specter of the missing family member being visited while in almost somnambulist state, L'orpheline (the orphan girl), the latest Serge Lutens fragrance, becomes "un visage….sans age…une souffle, une presence" (a face…ageless…a breath, a presence) which disrupts the flow of a seemingly smooth, luxurious life with its secret of a tormented and deprived past. And again much like the play of light & darkness throughout the film by Leos, L'orpheline presents a play between the cool and warm register, between madness creeping underneath love, and between comfort emerging where you least expect it. Like Pierre, Lutens, you see, views himself as an artist in love with reckless gestures, only thankfully his charm lies not in any thorough immaturity. On the contrary, he has revealed intimate, personal stuff to us with the maturity that comes from acceptance. 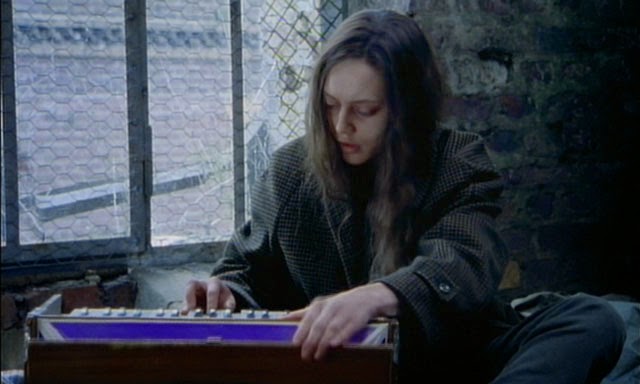 Serge presents the new perfume in these words written in a vertical sequence: " Friable mais entière.À demi-mot, son nom se fêle. Avant la brisure, les deux premières syllabes portent le nom du poète qui même pouvait charmer les pierres. " Lutens of course winks at Orpheus, the legendary Greek poet and prophet who charmed every being with his music and tried to retrieve his wife, Eurydice, from the dead by way of his skills, only to meet with his own death from those who could not hear his divine music…which ties with the cryptic text he has written on L'Incendiaire, his other fragrant release, in a new "golden line", announced here a while ago. How's that for two shots with one stone?

Does Serge try to bring back his repressed beloved, his mother, a small bit at a time, with each of his fragrances? Possibly. Lutens is a grown Remi (after Malot's "Sans famille"), on a journey of the roads of France, on a journey of the roads of perfume. And like Carax or Rivette or any master of that school, he certainly takes his time into letting us share his journey.
The poetic concept of the "orphan", "fragile but whole" (this is a French expression that really loses in the translation), is inspired by Lutens's own childhood, "of ashes" and rage, his painful memories of being raised without a mother and abandoned by his father, though the change of sex in the fragrance name suggests a Freudian transposition regarding the significance of the Father (as suggested by Lutens himself). He conflates the male with pain ("le Mâle : le mal"), an Oedipal symbolism that doesn't go amiss. Nor is it intended to. 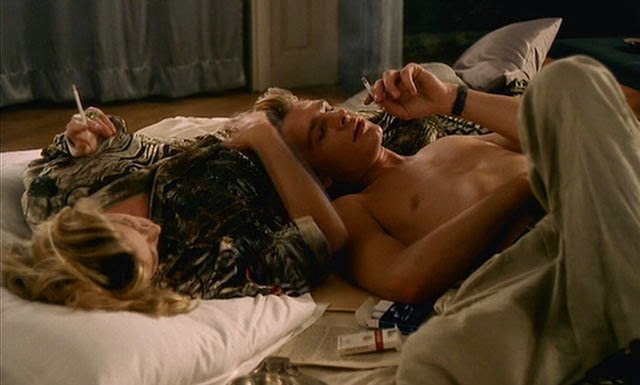 For this coolish and quiet fragrance (sequentially warmish, like Gris Clair) named  L'Orpheline, Lutens and his sidekick perfumer Chris Sheldrake focus on incense notes, not as cold and soapy as in L'Eau Froide, neither as spicy warm and shady as in Serge Noire, but somewhere in between; entre chien et loup, between daylight and darkness. Frankincense, the impression of bittersweet myrrh and peppery-acrid (elemi? cumin? ginger?) rather than clove-y carnation notes seem to rise, a cross between spirituality and carnality? Lutens knows how to marry contradictions and swath the opulence of orientalia into Parisian refinement. The spicy note in the heart reminds me of a mix between mace and cumin, reminiscent of both Secret Obsession (the now discontinued Calvin Klein fragrance) and a lighter Serge Noire by Lutens.

Yet the end result in L'Orpheline is apart; neither a true Moroccan oriental like hardcore Serge fans have built an online cult out of, nor a classically French perfume for the salon, but a mysterious, vaporous emanation "between the storm and clear skies", between the ashes of the past and the uncertainty of the future, a Delacroix painting, a dwindling match leaving embers behind. The peppery accent on the incense reminds me of the treatment of carnations in Oeillet Bengale (one of the best releases of the year so far) while the musky underlay is soft, subtle, meditative and not entirely without a certain poignancy.

L'Orpheline would suit anyone who like Pierre "had been waiting for something", regardless of their sex. Haven't we all?

L'Orpheline is an haute concentration fragrance, meaning more concentrated than the beige label ones, belonging in the "black line" of the so called "export range" by Serge Lutens. It will retail at 99 euros for 50ml, is already at the Palais Royal and eboutique and will be widely launched internationally on September 1st.

One sample out of my own decant to a lucky reader commenting below. Draw is open till Sunday midnight.
*Share with link: Friday, July 11, 2014